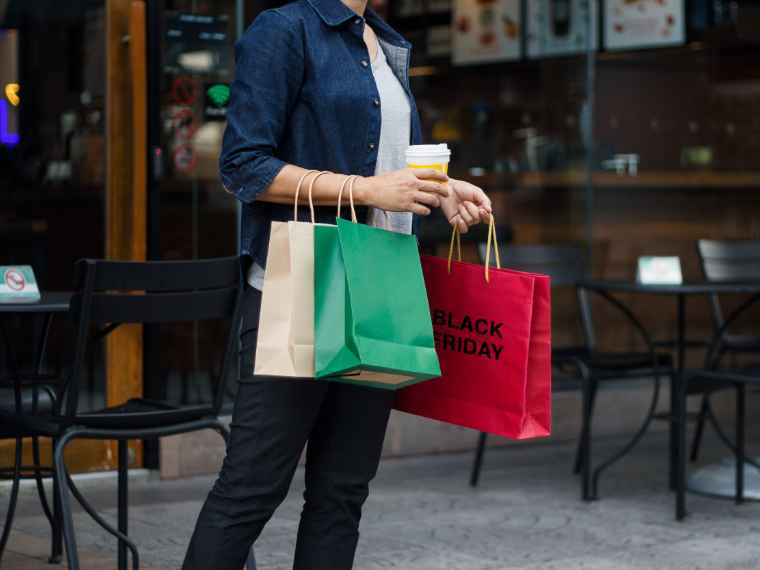 Media headlines on this year’s anticipated Black Friday called into question how consumers would react to the global phenomenon considering a muted economic effect and Covid-19 concerns.

Online sales increased compared to 2019 as e-commerce continues to grow in popularity mainly due to shoppers avoiding long queues and crowds. Even though initial reports show that the online shopping trend has grown exponentially sine the previous Black Friday month (November), this is not the case for in-store shopping. According to Linda Reid from Lightstone, the aggregated and anonymised date provided by Tracker indicates that although the traffic to shopping destinations increased compared to a ‘normal’ Friday, there was a decline compared to the 2019 Black Friday and this decline was too severe to be balanced out by the increase in online shopping.

“When we looked at the numbers back in 2018, even though Black Friday preceded payday, it saw an uptick of over 35% in mall visits compared to a normal Friday in 2018 (with the prior Wednesday and Thursday also seeing increased activity),” says Reid.

2019’s pattern of behaviour looked similar. However, given that Black Friday 2019 fell after payday, it was a slightly muted performance relative to 2018.

“Despite this year’s Black Friday falling after payday again, the increase in mall visits compared to a normal Friday was only 20% higher, and in fact, 13% lower than on Black Friday 2019.”

Reid says the data supports the discussion that the pandemic may have shifted shoppers away from mega malls to smaller local centres, like strip malls, as the decline in volume across these malls was slightly less compared to 2019 with the small malls dropping by 10%, medium malls by 14% and large malls by 20%. Stand-alone retailers that offered Black Friday deals like washing machines and television sets fared with the worst with a 25% decrease in volume compared to 2019.

Colin Hundermark, Executive: Corporate Development at Tracker South Africa says the more limited drop at smaller sized malls could possible be attributed to pandemic crowd avoidance but it may also be indicative of a shift from Black Friday shopper behaviour around bulk buying, given the current economic constraints shoppers face, as these smaller malls tend to be anchored by grocery stores.

Reid notes: “standalone retailers, which will be equally true for individual retailers within the malls, showed varied results compared to last year with Hirsch’s “daily deal” across Black Friday week seemingly to have paid off, with its weekly visits recorded at 2% higher than in 2019, despite a significantly poorer result on Black Friday itself compared to last year.”

From a dwell time standpoint, the average time spent inside shopping destinations was higher than a ‘normal’ Friday but again, lower than 2019.

“Shorter dwell times speak to lower volumes, shorter queues and shoppers sticking to pre-determined shopping decisions – not browsing and adding,” explains Reid. “On average, people spent less than half an hour at the smallest malls and just over an hour at the largest malls.” This may further support the finding that shoppers tend to spend less time due to the pandemic.

There are ten South African malls with the gross leasing area (GLA) over 100,000 square meters. Of these, Centurion Mall saw the highest growth on normal visits as well as the lowest decrease on 2019 Black Friday visits.

“We are sensitive to the fact that South African consumers are financially stretched at this point in the Covid-19 aftermath, however having looked at the Black Friday performance since 2018, the decline in popularity appears to not only be attributed to tighter budgets but economic reality is hitting home and consumers are thinking twice before spending; this could show an interesting change in shopper trends.” concludes Reid.