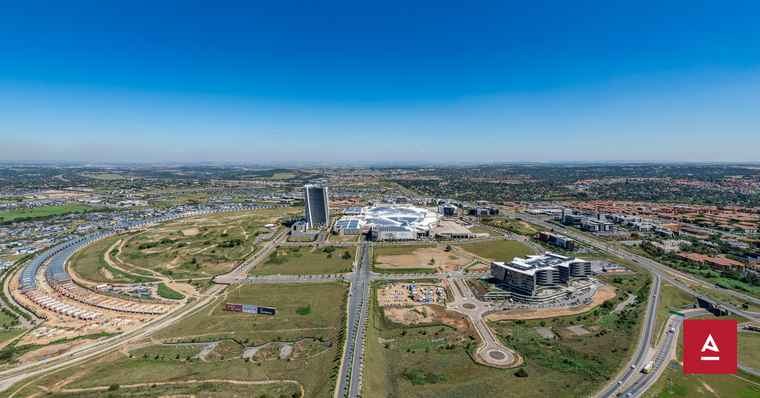 The Waterfall Management Company won the Best Mixed-Use Development in South Africa 2020/2021 award for the Waterfall development in a recent online virtual ceremony of the African Property Awards.

Besides winning this prestigious award for the seventh consecutive year, Waterfall was also nominated for Best Mixed-Use Development in Africa by the International Property Awards – the Africa and Arabia chapter.

The awards are in their twenty-seventh year and cover over forty-five different residential and commercial categories, celebrating the best projects and professionals in the international property industry. Regional heats are staged for Africa, Arabia, Europe, Canada and South America, the Caribbean, USA, UK, and Asia Pacific. The top winners in each region are automatically entered into the overall international awards, culminating in announcements of the international and World’s best winners at a virtual Grand Finale event in January next year.

The African Property Awards are judged by an independent panel of over eighty industry experts, chaired by Lord Caithness, Lord Best and Lord Waverley – members of the House of Lords in the UK Parliament. Judging focuses on design, quality, service, innovation, originality and commitment to sustainability.

Willie Vos, CEO of Waterfall Management Company, said; “We are honoured to continue to represent South African property developments on the world stage. We are building a world-class city here and receiving this recognition for Waterfall year on year is fantastic affirmation that we are on the right track. Waterfall is becoming synonymous with connecting every aspect of life in a thriving community and is making a name for itself as the ideal place to play, work and stay in the heart of Gauteng. Of this we are extremely proud and of course thrilled to have once again been named Best Mixed-use Development in South Africa. Fingers crossed for best in Africa again and then the world!”