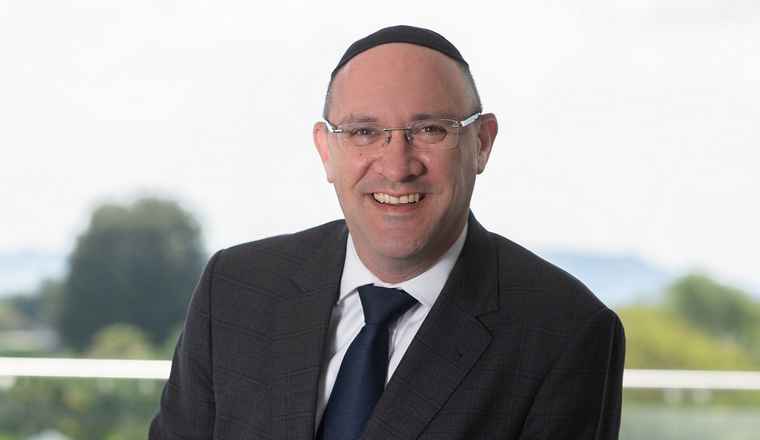 Vukile Property Fund has reported its half-year results with the most severe six-months of the Covid-19 crisis lockdowns corresponding directly with the first half of its financial year (1st of April 2020 to 30th September 2020).

The JSE-listed specialist retail REIT benefits from macroeconomic diversification with 54% of its defensive, dominant, cash-generative assets in Spain through to its 82.5% held subsidiary Castellana Properties SOCIMI SA and, 46% in South Africa.

“We are comfortable with both portfolios’ trading metrics, which show solid asset performance locally and in Spain during the most extreme months of the coronavirus crisis in both countries. We are cautiously confident that we have navigated through the worst of the crisis. Should this be the case, Vukile’s portfolio and tenants have weathered the storm much better than expected, with a solid platform for recovery” notes Laurence Rapp, CEO of Vukile Property Fund.

During the half-year, the company’s primary focus was the health and well-being of customers, tenants, and employees. It also completed extensive tenant lockdown rental relief programmes.

“As is our way, Vukile’s approach to managing through the crisis was to work with our partners and do the right things for our mutual long-term sustainability. We granted ZAR133m of rental relief to tenants in SA and around €15 million in Spain. Almost all the impact of this relief is contained within the half-year period,” notes Rapp.

Vukile’s property assets of R35.7 billion include direct property portfolios in Spain of R19.5 billion and South Africa of R16.2 billion. Property valuations increased 0.3% over the six months in the South African portfolio and decreased slightly by -1% in Spain. When compared with September 2019, the valuations were down by 4% in South Africa and 3.4% in Spain.

“Valuations are calculated on a forward-looking basis, and our external independent valuations at 31 March 2020 were negatively impacted by the harsh and unpredictable environment anticipated during the six months to end-September 2020. Having come through this period, we are starting to see valuations stabilise. The FY2020 valuation assumptions, when compared with more encouraging outcomes, are proving to be safely conservative,” explains Rapp.

Vukile’s retail vacancies in South Africa remain a low and well contained 3%, with a 92% retail retention rate. Vacancies reduced to 1.5% in the Spanish portfolio, where more than 90% of gross lettable area in the recently completed redevelopment projects at Los Arcos, Bahía Sur and El Faro, was let. “We are achieving new lets in both markets,” Rapp reports.

Castellana’s rental collection sits at 90%. Footfalls in the Spanish portfolio have seen a steady month-on-month increase, and at the end of October recovered to 84% of October 2019 levels. Sales have also steadily increased in Spain, and in October 2020 returned to 95% relative to October 2019. Signifying very sustainable income streams, the portfolio’s weighted average lease expiry is 13.9 years.

In South Africa, Vukile’s rental collection rate reached 95%, and footfall in October returned to 86% when compared to the prior year. South Africa’s like-for-like trading density, measured over a twenty-four-month period, grew 1.3%.

“Shopping habits are proving to be more transactional and less leisurely than in the past. However, with nearly 90% of footfall returning to malls in a very short period, we have seen nothing to indicate a move away from mall-based retail. In fact, customers are spending more, as seen in sales rebounding at somewhat higher levels than the return of footfall,” points out Rapp.

Throughout the period, Vukile actively managed its balance sheet, and its interest cover ratio at the half-year close was a healthy 3.7 times, after having provided extensive rental relief across both portfolios. Global Credit Ratings Co (GCR) affirmed Vukile’s corporate national scale issuer rating of AA-(ZA), with a stable outlook.

Proceeds from the sale of Atlantic Leaf in August helped reduce debt by R1.5 billion over the period. Vukile plans further debt reduction through disposing of previously identified non-core properties. Its loan-to-value ratio decreased to 44.3% from 46.1%, undrawn debt facilities increased from R1.1 billion to R2.3 billion, and it ended the half-year with unencumbered assets of R7.1 billion. Having successfully dealt with all debt maturing this financial year, Vukile has already repaid or extended 26% of debt expiring in FY22.

“Balance sheet strength, risk management, and operational excellence will underpin our inward focus that will take Vukile forward and drive performance from our portfolios. We are well-positioned to navigate the current uncertain environment to ensure long-term sustainability for all stakeholders and over the next few years will restore profitability to pre-pandemic levels and return to our growth trajectory” confirms Rapp.

Notwithstanding a strong balance sheet, due to the uncertainty stemming from a second wave of COVID-19 in Spain, and potential for the same in South Africa, Vukile is taking the prudent steps of not paying an interim dividend for the half-year and not providing full-year guidance, as previously signalled to the market.

Understanding customers is at the heart of Vukile’s operational excellence. It has invested heavily in installing fibre at its centres, and nearly two million people have already opted-in to Vukile’s new in-mall Wi-Fi. This platform is linked to various customer-centric initiatives in both South Africa and Spain. The project enables Vukile to understand customers better and make data-driven asset management decisions while providing precious connectivity to communities and valued insights to retailers.

Rapp concludes, “Retail is always evolving, and the pandemic has accelerated this, but Vukile doesn’t shy away from change, we embrace it. Retail property is a specialised, active business. It is a far cry from passive rental collection. As a retail REIT with specialised expertise, Vukile strives to be a value-adding partner and create malls that provide better trading environments for retailers, better experiences for customers, and better value for all our stakeholders.”