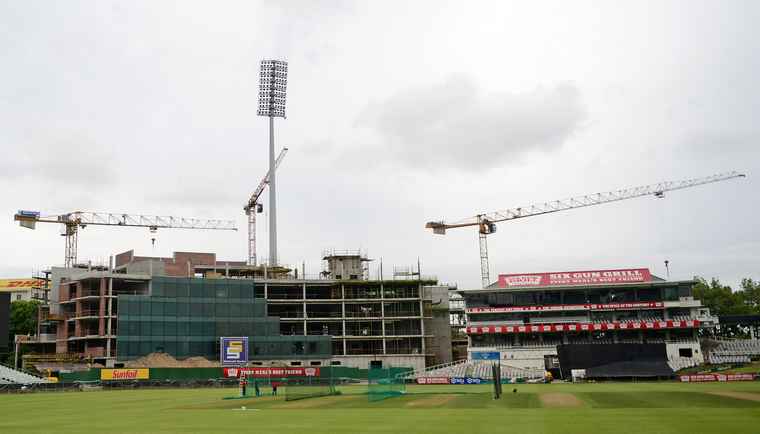 A multi-million rand development on the Six Gun Grill Newlands Cricket Ground is underway which will provide a brand-new approach for stadium management taking shape.

Consisting of four buildings, the project will achieve something that few others have ever achieved in South Africa – making a sporting facility a financially sustainable entity, all year round.

Six Gun Grill was announced as the new naming rights holder for the ground at the end of October 2020.

The Western Province Cricket Association (WPCA) announced a partnership deal with Sanlam Life Insurance Limited in 2019 which will see around R800 million invested in the new NCG Precinct being built on the old tennis courts area, at the Kelvin Grove end of the ground. Sanlam will own 51% of the investment, with WPCA 37% and Cricket South Africa (CSA) the remaining 12%.

WPCA Interim CEO, Tenyson Botes, says the City of Cape Town previously approved the rezoning of Six Gun Grill Newlands to transform it into a sustainable mixed-use sport, commercial, education, and leisure-orientated precinct. “In terms of these rights, the development will yield an estimated 25 000 square metres of commercially viable gross leasable area”.

All stakeholders believe that great partnerships are built on bold ideas and sustainable relationships. Through the various sponsorships in sport, Sanlam is of the firm belief that the benefits of this development will be felt by more than just the South African cricket fraternity.

“Cricket will be a golden thread that runs through the development, but there is much more to the story than cricket” adds Botes.

The mixed use precinct will target both business professionals as tenants for the development as well as significant educational occupants at the NCG Precinct, ensuring it will not be just another place to work but rather a creative environment that will strike a healthy balance between work and play. Varsity College and Cape Peninsula University of Technology (CPUT) will be occupying nearly 50% of the new NCG Precinct which will also include restaurants and shops.

“When the new NCG Precinct is complete, people will see how we have used the project to drive urban redevelopment in the southern suburbs of Cape Town. We are particularly proud of the transit-oriented considerations for which our proximity to the Claremont railway line is crucial. For us, it is ‘pedestrians first’ in our design approach” says Botes.

A pedestrian footbridge over the railway line will link Main Road to Campground Road. A tree-lined walkway will also extend around the cricketing precinct, with several vantage points at which pedestrians will be able to see the field itself.

The NCG precinct’s excellent location on the public transport system will mean it is easily accessible to anyone in Cape Town, whether for employment opportunities or those attending the game.

The driving force behind the development, WPCA says, is to ensure the financial sustainability of the cricket ground and, by extension, the financial benefits that could then be channelled into the development of the sport of which the WPCA is the custodian of in the Western Province.

“For many years it became apparent that surviving on the revenue generated by match days was no longer an option and we needed to find a solution that would make a positive impact. The ground is currently only used an average of 35 days per year, but this development will see the NCG precinct being utilised all year round” added Botes.

Newlands is one of the world’s most iconic cricket grounds and hosted its first test back in January 1888, when South Africa took on a touring England side. This also signalled South Africa becoming the third test-playing nation in the world, after England and Australia.

“This ground has a long and rich history which was built up over the past 132 years, and the new development will protect that heritage for the future. One of the features of the new development is a pop-up cricket museum, which will capture and preserve the contribution that Newlands has made to the sport of cricket. A cricket auditorium is also part of the development,” says Kugandrie Govender Cricket South Africa acting CEO.

The NCG will remain a working cricket ground where the sport will continue to take centre stage.