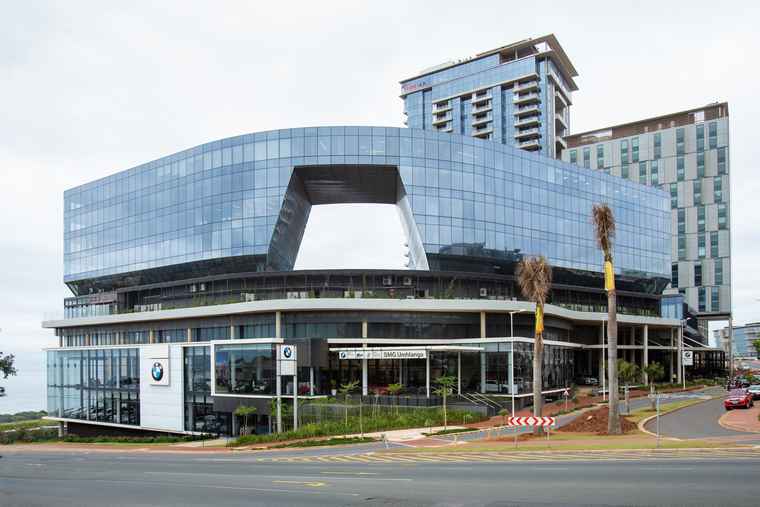 Since the breaking of ground in October 2017, locals and visitors have watched the development rise from the ground. As a joint venture between The Multiply Group and Devmco Group, the opening will welcome residents and visitors into the smart-ready apartments.

The Legacy Yard and Backyard will be a hive of activity as the food hall serves up cuisines and flavours from around the world. The European-inspired high street will have a number of bespoke, local retailers open shop, namely proudly South African fashion and jewellery stores, Amanda Ferri, Mark Gold, Holiday Harbour, Breazies and The Gentry as well as beauty and wellness specialists Hello Hunny, Skin Renewal and the Moustache Barbershop.

Mark Rosenberg, Umhlanga Arch visionary and executive partner of Multiply Group says this is the moment they have all been waiting for and they cannot wait to welcome homeowners and the public to what has become one of South Africa’s most iconic developments to enter the property market.

“Umhlanga Arch was initially an idea roughly drawn on a napkin, to think that this idea inspired the development of a world-standing and game-changing property that has challenged conventional architectural trends and ultimately raised the benchmark,” shares Mark Rosenberg, Umhlanga Arch visionary and Executive partner of Multiply Group.

“Umhlanga Arch has been a success right from the very start, claiming AAA-grade status, introducing South Africa’s first flagship Hilton Garden Inn, pioneering smart technology, introducing an awe-inspiring European-inspired high street, and was even named the best marketed development in Africa in 2017. We know that this trend of success will progress into the operation of this definitive development,” shares Rosenberg.

Within the first two months of development, Umhlanga Arch had curated 400 permanent jobs with the numbers peaking thereafter at 1 300 individuals working on the site everyday throughout most of 2018, 2019 and into 2020 up until the national lockdown in March. Work resumed in June 2020 with 1 100 workers on site daily.

“Our goal was not only to introduce a revolutionary development but to change the lives of the community. Throughout the project development The Multiply Group and Devmco Group have actively engaged with city leaders, businesses, and communities, to ensure that local and foreign investors realise the vast potential that KwaZulu-Natal has to offer. This R1,3 billion development has far-reaching effects in bolstering tourism, stimulating investment into the region, further elevating Umhlanga and greater Durban to a world-class standing, and has already facilitated significant job creation to date,” says Rosenberg.

The structure of Umhlanga Arch has been curated and carefully considered. MEC of Economic Development, Tourism and Environmental Affairs, Nomusa Dube-Ncube congratulated the developers for showing a vote of confidence in KwaZulu-Natal.

“This is a new trendy R1.3 billion development near the Gateway super-regional mall in KwaZulu-Natal. It is very exciting that today, 06 October 2020 is the official opening of restaurants in the food court. Our entities, KZN Tourism Authority and Trade Investment KZN have ensured that we collaborate with investors, key stakeholders such as the trade, major tour operators, airlines and hotels to promote packaged deals to encourage travel into the province.”