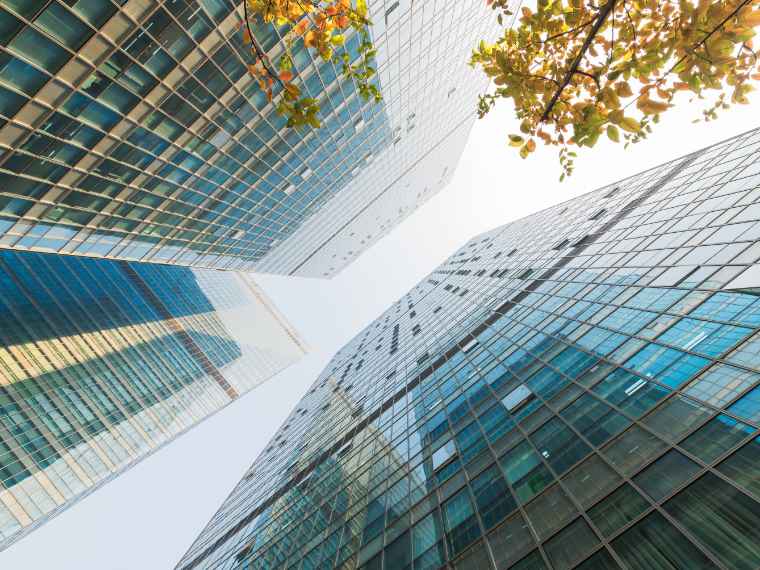 The national lockdown and deep recession have taken a toll on the commercial property market, dragging capital growth deeper into negative territory in the first half of 2020. Half-yearly MSCI data suggests that the magnitude of negative capital growth for 2020 could be greater than what was originally projected and FNB believes the negative growth trend will continue into 2021.

The economy is expected to contract sharply by -8% on the back of domestic lockdown in the second quarter and with lagged impacts post-lockdown. The average vacancy rate is expected to rise more sharply heading towards 2021 placing further downward pressure on rentals and upward pressure on cap rates with negative capital growth more significant than 2019 expected in 2020 and 2021.

The economic environment has improved but it is still battling

As South Africa emerges from the pandemic-related lockdowns, high frequency data points to a lengthy road back to ‘full’ recovery for the economy i.e. economy-wide production levels measured by GDP returning to pre-Covid-19 levels (GDP level and not growth rate).

The fact that the economy has only partially recovered to date is not unexpected. The reality is that such severe economic shock, as the second quarter lockdown was, placed such severe financial pressure on the country’s producers that a portion of them would not have survived. A portion of South Africa production capacity was shut down and the potential output of the economy has reduced by magnitude not easily determinable. It may be impossible (in the short term) to achieve pre-Covid-19 production levels. This may only be realistic in the medium to longer term.

The human cognitive bias known as ‘recency bias’ means that many businesspeople and households are likely to base their views of the future on what happened in the recent past. With the recent past looking bleak, very weak business and consumer confidence is likely to improve slowly at best.

If confidence is low, costly expansions in production capacity are likely to only come with a considerable lag as many businesses adopt a cautious ‘wait and see’ approach and with many consumers cautious with their spending and borrowing.

A slow recovery in confidence can become a self-fulfilling prophecy, contributing to a slow recovery at best for the economy. Given that the world economy has been severely impacted by its own lockdowns and it will take time to recover. South Africa’s trade with the rest of the world is unlikely to recover fully quickly.

Given that GDP levels from 2017 to 2019 were insufficient to drive enough demand for commercial property space to prevent rising vacancy rates, FNB believe it unlikely that even lower GDP levels than in those years could prevent this either. FNB believe that the ‘All Property Vacancy Rate’ (using MSCI data) will move higher into double digit rates heading towards 2021, continuing to exert downward pressure on property rentals, income, and property valuations.

The BER Business Confidence Index reading for the third quarter of 2020 was noticeably higher than the second lockdown quarter reading. From 5 (on a scale of 0 to 100) in the second quarter, the reading increased to 24 in the third quarter. However, this means that only 24% of survey respondents are ‘satisfied with business conditions’, the overwhelming majority thus not being satisfied.

The situation appears not too dissimilar in the commercial property market, where the FNB Property Broker Survey showed only 31% of respondents being satisfied with business conditions in the third quarter survey, thus also mildly improved from a 20% second quarter reading but still very weak.

Released earlier in October was the OECD Leading Business Cycle Indicator for August. This index’s level too was significantly improved but still lower than pre-lockdown levels, suggesting that we have some way to go before GDP returns to pre-lockdown levels.

The index for August was -1% down year-on-year, thus still negative albeit improved from -6.5% year-on-year down as of April 2020.

The SARB Composite Leading Indicator for July (August datapoint not yet released) was down -4.2% year-on-year, which also represents an improvement of sorts from -12% year-on-year in May.

Both Indices’ actual index level is sharply improved in recent months but down on pre-lockdown levels.

One of the most up to date leading indicators, which is included in the SARB Composite Leading Business Cycle Indicator as a leading business cycle indicator is the ‘Volume of New Passenger Vehicle Sales’.

This data series continues with the ‘improved but weak’ theme. As of September, the volume of new passenger vehicle sales was -31.2% down year-on-year, which is a very weak reading but improved from -99.6% down year-on-year as of April 2020.

Some key markets, from a property point of view, have corrected sharply this year too, exerting pressure on the physical property market and its valuations.

In addition, despite the SARB having provided support for the bond market this year, undertaking its own bond buying, government long bond yields remain significantly higher than end-2019 levels. From 9.02% at the end of 2019, the average yield on government bonds ten years and longer was 10.46% at the end of last week.

Ignoring the Covid-19 Crisis-related spike in these yields to near to 13% at a stage earlier this year, the broad trend in yields since 2013 (where they bottomed at 6.64% at a stage of that year) is still believed to be a rising one.

This trend is influenced strongly by ongoing deterioration in government finance, and the rapid rise in the government Debt-to-GDP Ratio. By the second quarter of 2020, this ratio had risen to 69.4, the gradient of the rising curve steepening in recent quarters, and now far higher than the multi-decade low of 26 back in 2008.

This long term broad rising trend in long bond yields is expected to be a source of upward pressure on property capitalization rates, and thus downward pressure on valuations, for the foreseeable future.

Short term interest rates are not a source of pressure on the property market now, however, having moved significantly lower earlier this year. Inflation remained subdued at 3.1% in August, and the SARB has been able to lower the repo rate by 300 basis points this year to 3.5%, translating into a single-digit prime rate of 7%.

These recent rate cuts, while seen as useful in alleviating some pressure, but could not prevent a sharp lockdown-driven economic contraction in the second quarter, and thus a significantly negative economy-related impact on the commercial property market.

MSCI bi-annual data regarding commercial property performance was recently released, updating the property picture for the first half of 2020.

The weakening trend was sped up by the Covid-19 lockdown shock to property income, with total half-yearly returns declining sharply from 3.6% in the latter half of 2019 to the negative -1.7% in the first half of 2020.

The capital growth component of total returns slowed sharply from an already negative -0.3% half-on-half rate in the latter half of 2019 to -5.2% in the first half of 2020.

Property values came under pressure as property income plummeted. TPN data had already shown the severe pressure on commercial property tenants. The percentage of tenants in good standing with landlords had already declined from 83.11% back at a stage of 2016 to 77.85% by the first quarter of 2020 (reflecting the mounting pressure of the long term economic stagnation), before dropping sharply to 50.26% in the second quarter of this year.

MSCI bi-annual data thus merely confirmed what had already become obvious, i.e. that there had been a severe property impact from lockdown in 2020. Already broadly stagnating net operating income growth on commercial property plummeted sharply from a low +1.7% half-on-half positive rate in the latter half of 2019 to a sharp -9.5% decline in the first half of 2020.

After that sharp half-yearly negative rate, FNB anticipates a slower rate of decline in the second half of the year as property income bounces back in part at least.

But with the ‘all property’ average vacancy rate expected to continue to rise, projected to move into double digits in 2021, FNB expects further negative capita growth rates in the latter half of 2020 and into 2021, the projection for 2020 as a whole being put at -7%.

It would thus appear that GDP growth battling to reach 1% in recent years has already been insufficient to create the level of property demand required to turn the ‘All Property Vacancy Rate’ downwards. A -8% forecast GDP contraction could thus be expected to speed up the rate of increase in the vacancy rate significantly. This would likely continue to place downward pressure on rentals and property values.

Capitalisation (Cap) rates in all the major categories of property remain on a rising trend. FNB expects to see more of the rising trend in future, given that they expect the average property vacancy rate increase to speed up, weakening property income prospects, and given the weakness in the bond market.