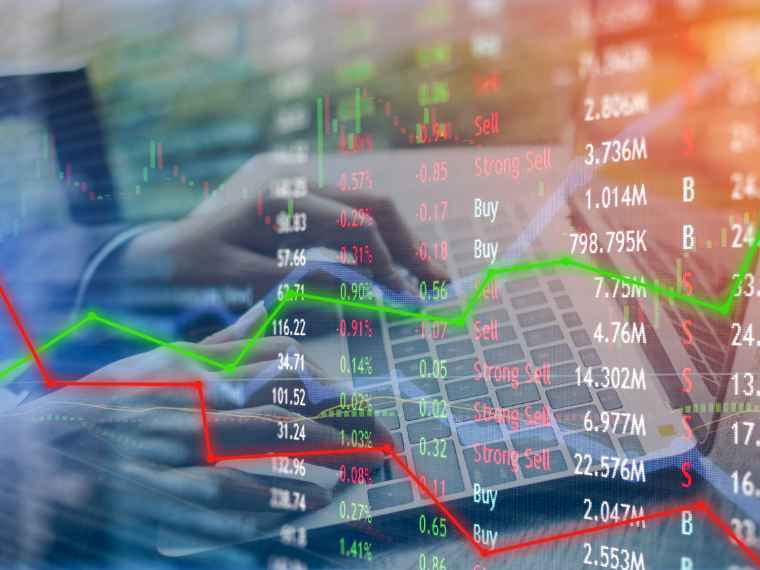 Minister of Finance Tito Mboweni delivered his Medium-Term Budget Policy Statement on the 28th of October 2020.

Dr Andrew Golding, chief executive of the Pam Golding Group says that he hit the nail on the head when he said that it is not only investors who need confidence but every South African.

“Confidence and within that the key ingredient of positive sentiment, is a key driver of investment not only in the economy in general, but a critical factor which impacts the residential property market and its ongoing sustainability”.

And while the property market has in recent months experienced a surge in uptake among home buyers around the country – particularly in major centres, key hubs and high demand nodes, partly due to a pent-up demand post lockdown, the economic effects of the pandemic and the lockdown itself will still play out for many months to come.

Dr Golding said it is good news to hear that government has recommitted to plans to control debt while furthering economic growth through infrastructural investment. “It is hoped that structural reforms will help revive business confidence and encourage the private sector to invest in the infrastructure drive. We also look forward to hearing more about the improvements in terms of the ease of doing business by removing unnecessary and costly red tape and helping reduce impediments for budding entrepreneurs”.

The announcement of the development of more than twelve harbours in coastal areas in the Eastern Cape, KwaZulu-Natal, Northern Cape and the Western Cape augur well for increased investment in these regions with spin-offs for local economies and the demand for residential accommodation to buy and rent.

A further positive is the move to allow municipalities to buy electricity from different sources, as well as the procurement of new capacity provided by independent power producers.

Subsidies to support the Social Housing Programme and Student Housing Programme are a step in the right direction towards helping disadvantaged South Africans at the lower end of the economic scale. The youth are our future and education a crucial component in terms of socio-economic development.

However, regrettable is the decrease announced in departmental budgets for higher education and training and the police, to fund the SAA bailout.

“While much remains to be seen in regard to implementation of the government’s economic reconstruction and recovery plan, it is hoped that some measure of confidence will be reinstated as the financial year further progresses and trading conditions hopefully begin to normalise to some extent.”

Carl Coetzee, CEO of Betterbond says the Medium-Term Budget painted a bleak picture of a country in the grips of a severe recession.

“Given that South Africa was already in this recession before Covid-19, this comes as no surprise. But it is not all doom and gloom. Five consecutive repo rate cuts since the start of the year, resulting in a prime lending rate of just 7%, have provided a welcome stimulus for the residential property market, which is already showing signs of a steady recovery. Buyers who have the means are making the most of this record-low prime lending rate, and the increase in first-home buyer applications for home loans bodes well for a sustained recovery in this sector”.

CEO of the Chas Everitt International property group, Berry Everitt says the most positive news to emerge from the Medium-Term Budget Policy Statement is that the economy is expected to ‘rebound’ in the final quarter of 2020 and to return to positive growth next year (3.3%), following an expected decline of 7.8% this year.

“This should provide further impetus for a residential property market that has already rebounded on the back of the lowest interest rates in decades and has delivered record numbers of home sales every month since the June. The sector of the market with home prices below R1,5m is especially active, and first-time buyers account for more than 60% of transactions in this category, which means the market is expanding. Home prices are currently also up by more than 2% year-on-year, contrary to what we expected after the hard lockdown in the second quarter.”

A further MTBPS positive was the allocation of specific resources to support the infrastructure development and mass employment programmes outlined by President Ramaphosa earlier this month, with R2,2 billion going towards social housing (FLISP) subsidies and more than R340 billion being made available to build new hospitals in KZN and the Western Cape, redevelop 12 harbours, build new schools and improve more than 3000 others, and construct new dams, roads and rail networks.

It was also encouraging that the Minister did not announce any specific plans at this stage for personal or company income tax increases, although the consolidated budget deficit is now expected to reach 15,7% of GDP this year, up from the 6,4% that was projected in February.

“Clearly, Treasury hopes to reduce this deficit at least partly by cutting public spending, and more especially the public sector wage bill, which is now equal to 11% of GDP. In this regard we support the proposal for a public sector pay freeze and for pay cuts at the top level of all government departments and SOEs”.

“However, much more needs to be done. The failing SOEs themselves, such as Eskom and SAA, remain the biggest drain on public finances, and obstacles to the private sector investment that SA really needs. So, it makes no sense for the government to continue to give any further grants and bailouts to these institutions. The funds could be put to much better use to provide real support to small businesses and the business sectors that are the biggest job creators – and to reduce SA’s colossal debt. Gross debt is currently equal to 81,8% of GDP (up from 65,6% in February) and is now only expected to stabilize at 95% of GDP in three years’ time. This is an extremely risky position for SA to be in and it is going to take great fiscal discipline and determination to get out of it.”

Gerhard Kotzé, MD of the RealNet estate agency group, says that while the real estate sector is currently performing very well in spite of the major contraction in the economy this year, it will be difficult to sustain this momentum without the consumer and business confidence that comes from a growing economy in which new jobs are being created.

“We hope that Finance Minister Tito Mboweni is right about the economy returning to growth next year and we welcome all the Medium-Term Budget allocations to support job creation initiatives, and especially those projects that aim to create new infrastructure and repair SA’s decaying road and rail networks. Good infrastructure is not only essential for a functioning economy, but creates confidence among investors and, through them, further economic growth without the government having to borrow more money”.

“In addition it was good to hear that the applications that will allow cities such as Cape Town and Johannesburg to provide their own power are being fast tracked – and that almost 12MW of additional power from Independent Power Producers will be available soon. This will hopefully mean that load shedding becomes a thing of the past.”

However, he says, some serious concerns remained unanswered by the Minister today, the first of these being what new taxes or tax increases South Africans can expect in the light of the huge increase in the Budget deficit from 6,4% of GDP at the start of this year to almost 15,7% of GDP now. It does not seem likely that this revenue shortfall can be recovered solely by cutting public spending, especially since there is such resistance to cutting the public sector wage bill.

“In addition, there is still no clarity about when (or if) the government intends to stop bailing out its failing SOEs. The additional R10,5 billion granted to SAA today, for example, could be put to much better use to help reduce of national debt. It was very sobering to hear that SA is currently borrowing at a rate of R2,1 billion a day – and that our total debt is expected to reach 95% of our GDP over the next three years. We urgently need to reverse this situation if we seriously want to attract investors and create a decent future for South Africans that includes the real possibility of them buying their own homes and building up their own wealth.”