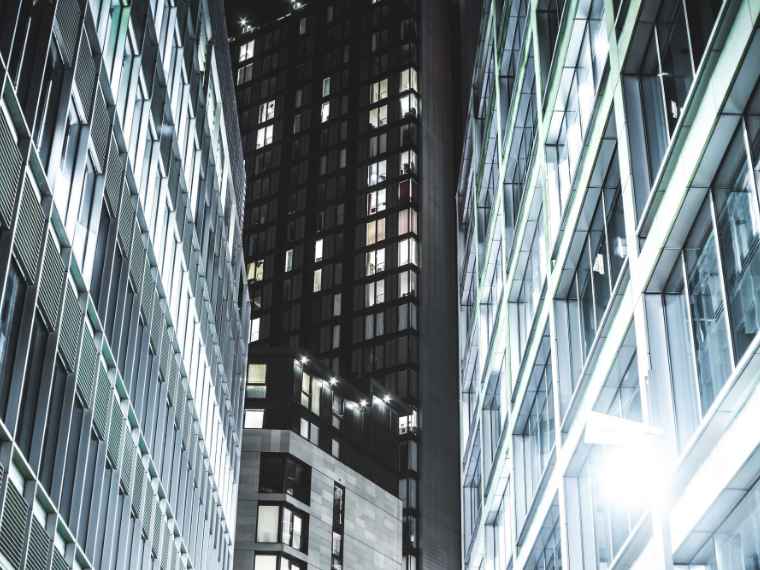 FNB Commercial Property Finance has a strong focus on the ‘owner services’ market and a pre-requisite in selecting the broker respondents is that they deal in owner-serviced properties. A portion of these brokers also have dealings in the developer or investor markets as well as in the listed sector.

Respondents are asked to rate their perception of the buying and selling markets activity levels on a scale of ‘1’ to ‘10’ with ‘10’ being the strongest activity level rating.

The term ‘activity’ is as experienced by a property broker and it can include everything from indications of interest in buying or selling for example, inquiries or viewings related to potential buying or listing, through to actual transaction levels.

Economy-wide business confidence, as portrayed by the RMB-BER Business Confidence Index also saw a noticeable increase from ‘5’ (scale ‘0’ to ‘100’) in the second quarter of 2020 to ‘24’ in the third quarter. However, the latest reading remains very weak and reflective of poor confidence levels in a deeply recessionary economy.

With the Covid-19 lockdowns eased, why would business confidence remain so weak?

After the policy-induced economic shock from the national lockdown in the second quarter of 2020, a recovery in confidence levels of both the business and consumer type was bound to be slow.

Human beings suffer from various cognitive biases, one being so-called ‘recency bias’. Recency bias implies that recent events are favoured over ones in the more distant past, including when formulating future expectations. In FNB’s planning, they look backwards. When companies have set budgets and targets, the recent past often has a major influence. After a shock to many business’ sales levels in the second quarter, many have likely scaled back on their near-term future expectations, sales targets, and budgets. Such collective scaling back by many players across the economy then to a significant degree becomes a self-fulfilling prophecy.

In addition, a portion of the economy’s businesses and consumers have lost jobs and revenues and a portion of the production capacity of the economy has already shut down permanently. Even with lockdown almost over, economy-wide production levels cannot immediately shit back up to pre-Covid-19 levels as production capacity is now lower than pre-Covid-19 levels, and it will take time for new businesses or existing business capacity expansions to fill that gap.

A further constraining factor is the myriad of structural issues that plague the local economy to which we return following the lockdown. The troubled electricity supply situation has already re-emerged even prior to the economy being back at full production.

Given that the commercial property sector is where most of the economy’s production activity plays out, it should be expected that real estate broker confidence trends and levels would not be too far off economy-wide business confidence i.e. currently improved but still weak.

When FNB asked brokers for their ratings of market activity levels on a scale of ‘1’ to ‘10’, it is evident that the group of respondents is less pessimistic about the industrial and the warehouse property market. This market’s third quarter activity rating rose slightly from ‘4.11’ in the previous quarter to ‘4.64’.

FNB asks a follow up question as to whether the respondents have perceived a decline, increase or no change in the activity levels compared with six months prior. From these results, they compile an index, allocating a score of ‘+1’ to each percentage points’ worth of ‘increased’ responses, ‘0’ to that of ‘unchanged’ responses and ‘-1’ for that of ‘decreased’ responses. The index is thus on a scale of ‘+100’ to ‘-100’.

This implies that the percentage of respondents perceiving a weakening in activity in this sector exceeds those that perceived strengthening by 20 percentage points.

The office property market reading was a far more severe negative of ‘-69’ implying that the percentage of respondents perceiving a decrease in activity in this sector and exceeding those perceiving an increase by 69 percentage points. This was only marginally ‘less weak’ than the previous quarter’s ‘-75’.

The retail market returned a reading in between the industrial and office sectors, improved from the previous quarter’s ‘-82’ but still very weak at ‘-50’.

FNB compiles an index using the same methodology but this time, asking brokers for their expectations of the direction of market activity in the six months ahead – ‘increase’, ‘stay the same’ or ‘decrease’.

As a group, the respondents are now by a small margin, the least optimistic about the office property market which recorded a slightly positive ‘+3’ with the expectations regarding the retail property market only slightly stronger at ‘+6’. The industrial property market remains the segment in which the brokers have the most optimism about, its reading coming in at ‘+18’.

In an open-ended follow up question to the one regarding expectations of near-term activity direction, FNB asks brokers to provide reasons as to why they expect the direction that they do.

The near-term expectations regarding activity levels were overwhelmingly negative and ‘Covid-19’ was by far the most dominant reason for the negative expectations recorded.

The previously dominant major category of ‘economic and political uncertainty’ appeared all but forgotten in the most recent two surveys. However, this was not entirely the case, as a significant portion of the Covid-19 impact reasoning related to its lockdown-related negative impact on the economy.

This could mean that brokers had, at least for the time being, perceived the lockdown to have far worse implications for the economy and the myriad of structural factors that have constrained economic performance for many years prior to the pandemic.

In the third quarter survey, the office property component showed 100% of respondents citing ‘effect of Covid-19’ as a key factor driving their activity expectations.

Looking at the sub-components of this key factor is perhaps more insightful. A significant 50% of brokers see companies re-evaluating their office space needs and, in many instances, downscaling on office space as a key factor influencing their near-term expectations of market activity in this segment.

The re-evaluation of office space requirements has now overtaken the weak economy and the economic impact of the pandemic as the most prominent factor in the office property market as viewed by the survey respondents.

Nevertheless, a significant 41% of respondents cited the ‘economic fallout’ from Covid-19 lockdowns as a key factor influencing their market activity expectations.

Only 5% saw this year’s aggressive SARB interest rate cuts as having an influence on their expectations. The poor state of the economy and the potential impact of the ‘Zoom Boom’ are key influences.

In these sectors’ survey component, the economy was the major factor with 33% of survey respondents pointing to the economic fallout from Covid-19 lockdowns as being a key issue in influencing their near-term market activity expectations.

However, some noticeable positives come through in this survey response too. Industrial property is the most affordable property category of the three major property classes; not surprising that 23% of brokers still point to small businesses and investors finding value in this property class while 10% point to its popularity amongst certain retailers moving online due to its affordability relative to retail space.

The broker surveys bring out the industrial property’s relative affordability as being something of a competitive advantage over the other two major classes.

Brokers appear to see the emergence of online retail as far less of a current issue to retail, relative to how they see the ‘Zoom Boom’ and its remote work implications for the office property market, the latter now appearing to be a far more significant challenge.

Rather, the broker respondents see the economy – and the recessionary impact of the lockdowns – as far by the main issue that the retail property sector faces.

50% of respondents see the economic fallout from the Covid-19 lockdown and resultant recession as a key issue influencing their near-term market activity expectations. A further 16% see distressed and financial pressure as a key issue which is linked to economic pressures. By comparison, only 13% of respondents cite online retail affecting footfall in centres and thus being a key issue.

The broker group still sees ‘old fashioned’ economic performance and its impact on consumer purchasing power as the key issue for retailers and their landlords.

The third quarter FNB Property Broker Survey was executed during August by which South Africa had largely passed on from the ‘hard’ national lockdown of the second quarter.

With economic activity starting to ‘normalize’ or partly recover, it is not surprising to see broker business confidence show a more-or-less similar trend to economy-wide business and consumer confidence recovering mildly on second quarter levels but still remaining weak.

While South Africa’s old economic problems have begun to re-emerge, notably the return of Eskom’s load shedding in recent weeks, this does not come through strongly as a key issue in the broker survey. The economic focus remains largely on the Covid-19 lockdown related fallout.

Broker activity expectations for the near-term future are not strongly boosted by this year’s aggressive interest rate cuts.

On average, brokers perceive market activity levels as down on six months prior, which would have been just prior to lockdown but have given a slightly higher activity rating to industrial and retail property compared to the prior survey done in May. The exception was the activity rating for office property, which declined further on the second quarter one.