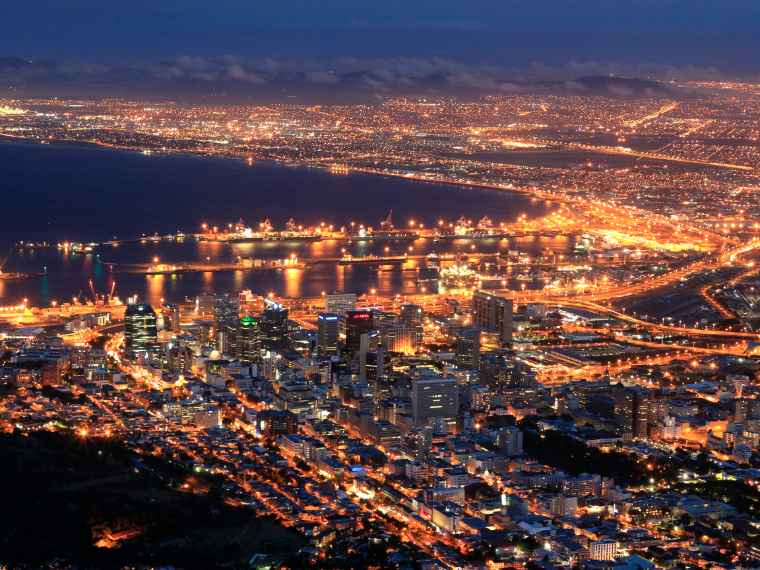 A view of Cape Town's city lights from Lions Head.

The report notes: ‘Of the eight metros polled, Cape Town has once again emerged as the best performing metro on the overall Citizen Satisfaction for ‘Large Metros’ recording the highest score for the seventh consecutive year. Cape Town recorded a score of 66.0 out of a possible 100 in the latest index – a two-point improvement on its previous score of 64.1 in 2019. It is also more than ten points above the par score of 55.7 for all municipalities and well ahead of other metros.’

The City scored the highest trust rating of 72.0 out of 100, this is 8.6 index points higher than the average.

The City of Cape Town’s Executive Mayor, Alderman Dan Plato says that while they are pleased with their achievements and this latest accolade which independently validates their efforts, the City are constantly looking at ways to improve.

“It has been an especially trying time with the COVID-19 pandemic and lockdown, but we have kept one great goal in mind: to carry on providing basic and essential services to the best of our ability” he says.

“As a City administration dedicated to improving the lives of our people, we know that the delivery of basic services is of the utmost importance and top of mind for our residents. Delivering services to the best of our ability, managing our resources in a sustainable manner, maintaining infrastructure responsibly and planning for our growing city as a place for all, while keeping a zero tolerance approach against corruption, is our commitment to our residents”.

‘Cape Town has the smallest gap (-5,5) between what citizens expect and what they perceive in terms of actual delivery, which means that Cape Town is closest to delivering the basic services of a local government to what their citizens would expect,’ the report notes.

The report further states: ‘It is notable that when you look at the sentiment analysis in the latest SA-CSI index, with the exception of Cape Town, sentiment on every single measure is negative on the level of service experienced by citizens’ in the rest of South Africa’.

Ekhurleni follows the City of Cape Town with a score of 58.4 and an improvement of 1.7 on its previous score.

‘Nelson Mandela Bay has seen a sharp and steady decline in citizen satisfaction scores since 2018 when it reached a high of 61.9. Mangaung’s scores declined to the lowest scores recorded on the index in South Africa, as well as any of the indices in the twenty-three international markets where the model is utilized.’