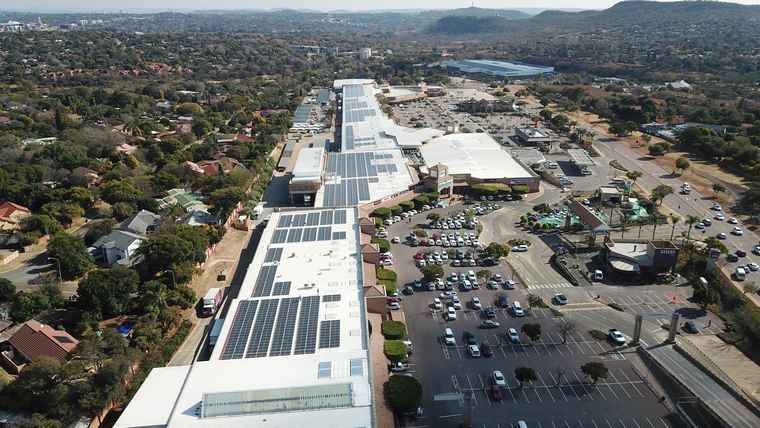 Hyprop’s carbon footprint is set to decrease further with its recent expansion of its solar project across 66% of its South African shopping mall portfolio.

As part of Hyprop’s drive to continually minimise the impact on the environment, CEO Morne Wilken says that one of the company’s key focus areas is to reduce the consumption of natural resources where possible.

“The installation of solar, a renewable energy source, is only part of our drive towards positive change in creating safe environments and spaces where people can connect and be part of a community. At completion, six of our nine malls will be making use of solar power” he comments.

The roll-out of solar throughout most of Hyprop’s portfolio will also mitigate the risk of continuous rising electricity costs for the company. The first solar implementation at Clearwater Mall proved successful and it generates 2.91MW of power at peak. This project was installed in three phased with final completion in 2017. The electrical power generated by the solar system is fed back into the centre grid and consumed in total. The company is planning a fourth phase which will be implemented after the necessary approval by NERSA.

The company is busy with installation at Rosebank Mall in Woodlands, Atterbury Value Mart, Hyde Park Corner and The Glen. The work on these buildings are divided into two phased with additional solar to be installed at Clearwater Mall as part of phase four.

Phase one consists of a 1-megawatt AC system at Atterbury Value Centre in Woodlands, The Glen and Rosebank Mall while the Hyde Park Corner site only allows for a 384 Kw installation to be completed in one phase.

All projects are rolled out by Solareff at a total cost budgeted of R68 775 435. The generation of 9 918 000 Kw/h will result in an annual saving circa R15,9 million across the portfolio.