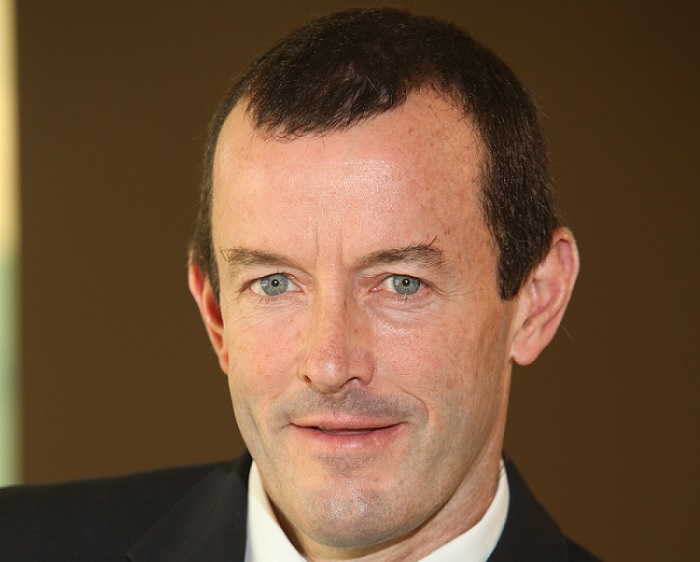 “South Africa already had a recession and a mildly correcting property market prior to 2020. COVID-19 merely made this recession deeper. Remote work and online shopping were emerging global themes prior to COVID-19 too. Once again, COVID-19 merely appeared to give these trends a significant boost. And now, as SA looks to the post-COVID-19 lockdown phase, old structural economic issues and their challenges for the property market will still be there.”

“However, this doesn’t mean we must stop analyzing. To the contrary, there is a lot that we don’t yet understand about the future of the property market’s performance and its structural changes (many driven by technological change) to come as we pass through this severe crisis.”

The 2009 global financial crisis can be useful in guiding property expectations through Covid-19 … but there are differences.

To guide expectations in 2020, it is often found useful to view a past ‘crisis’. The most recent significant recession was the 2009 GDP (Gross Domestic Product) contraction of -1.5% for that year, driven by a global recession and by an oil/food price-driven inflation shock that took local interest rates up by 500 basis points between mid-2016 and mid-2018.

The 2009 recession and its aftermath provided us with some useful benchmarks as to the potential impact of such a recession on property valuations as well as on how long it may take the property market and its tenants to fully recover from such a ‘shock’.

That period felt quite severe to many and labelled as a ‘Global Financial Crisis’. Through it, though, commercial property valuations held up well, and this may lead people to conclude that they will do so again. FNB believes otherwise, however. The run-ups to the recessions also need to be understood, i.e. the past few years’ run up to COVID-19, which should be compared with the build-up (or build- “down”) to 2009.

“The 2009 annual GDP contraction had its differences to the 2020 one in terms of its magnitude”, the current in part ‘lockdown enforced’ recession projected to be far more severe when all is said and done. The FNB forecast is for a 2020 annual contraction of -8%. In addition, the build-up period to the current recession was one of seven years of broad economic growth stagnation, whereas the pre-2009 period was one of strong economic growth by South Africa’s standards.

But the magnitude of slowdown of the two crises may turn out to be more similar. Annual GDP growth slowed from a multi-year peak of 5.6% in 2006 to -1.5% negative by 2009, a total swing of -7.1 percentage points over three years. If 2020 does deliver a -8% GDP contraction, this would imply a cumulative GDP growth slowdown of -9.4 percentage points from the lowly +1.4% rate of 2017. Shown in this way, the two slowdowns appear a little less dissimilar in magnitude, the more recent GDP growth slowdown however coming off a far lower base.

What would such magnitudes of slowdown mean for commercial property capital growth? Examining the build-up to the 2009 recession there was a sharp slowdown in ‘All Property Capital Growth’ (MSCI data), from a +17.8% high in 2007 to +0.5% 2 years later in 2009, i.e. a slowdown in annual capital growth of -17.3 percentage points over two years.

Fast forward to 2018 and 2019, where the pre-COVID ‘All Property Capital Growth’ rates (MSCI data) were already a lowly +1.3% and a -0.3% negative for the two respective years, and a -8% GDP drop forecast in 2020 should lead us to believe that significant magnitude negative capital growth will take place off an already negative 2019 rate.

Typically, there is significant ‘resistance’ in the market to lowering values. This means that, despite an oversupplied market, negative capital growth could be over a longer period than the sharp growth slowdown that took place going into 2009. Therefore, although FNB forecasts near to -15% total negative capital growth, this is expected to take place over a three year period, i.e. 2020 to 2022, in lagged response to the sharp 2020 economic recession.

Post lockdown ‘recovery’ is at hand, but the 2009 crisis suggests that we should not over-expect in terms of time frames.

Currently, the South African economy appears headed for what we term the ‘Post-Lockdown Recessionary Phase’. The coming quarters may not technically be recessions, growing positively off the recent lockdown period’s exceptionally low GDP level. But in the future, it is foreseen as “recessionary” in the sense that FNB believes that it may be some time before the GDP level gets back to the pre-COVID-19 levels seen in 2019. A portion of businesses likely did not survive lockdown, and a portion are unlikely to survive the entire aftermath, a period where many of them may have sales levels significantly lower than those of 2019.

FNB believes that there is a risk of over-expectation as to how quickly the economy and thus the property market can more-or-less “fully” recover. The post-2009 economic recovery is drawn on to get some idea of recovery timing. GDP growth hit its post-2009 recession peak in 2011, two years after the low point. However, the ‘All Property Vacancy Rate’, which had bottomed in 2007, continued to rise to hit its post-2009 recession peak only in 2011, only starting to see the onset of improvement (decline) three years after the recession in 2012.

Looking further to tenant performance data as provided by TPN, Loos points to an even longer ‘full’ recovery time. Regarding the cycle in the percentage of commercial property tenants in good standing with landlords regarding rental payments, the bottom point was reached at 66% in the final quarter of 2010, around a year after the 2009 recession. The post-recession recovery peak in this percentage was only reached in the first quarter of 2013 at a level of 83.8%. MSCI ‘All Property Total Returns’ along with capital growth also only reached post-recession peaks in 2013, four years after the 2009 GDP contraction.

Therefore, the 2009 recession points to full recovery possibly only being achieved a few years later, in that case four years after the recession. This, FNB believes, could be used as something of a benchmark to moderate our expectations regarding timing of a property market recovery.

What does the ‘fully-recovered’ phase of the cycle look like? Time to ponder property sectors and structural changes.

Next, we need to look at what ‘full post-recession recovery’ likely means. Whereas post-2009, it ultimately meant capital growth of +6.9% by 2013, which was positive in real terms (i.e. ahead of general economy-wide inflation), this time around we expect capital growth only to get back to slightly positive nominal growth by 2022, not sufficient to beat general inflation, thus meaning subsequent years of real capital decline in an economy that returns from declining to ‘struggling’, with anemic growth at similar to pre-COVID-19 rates. The myriad of economic structural problems in South Africa promise to continue to be a drag following a post-COVID-19 ‘recovery’.

In the ‘full recovery’ years, following post-lockdown recessionary phases, we will then see significant variances in risks and challenges to the various sectors emanating from the never-ending march of technology.

It well-documents that the COVID-19 lockdown period has forced technology use on many companies and their staff as they moved to remote working during this phase. Now, as we come out of lockdown, with many companies under financial pressure and looking to cut costs, many CFOs will be seeing opportunities to reduce their amount of office space occupied after seeing how successfully remote work has been. This is not a trend change, though. Improved technology has gradually been driving a greater remote working trend for some years. Covid-19 has merely sped this trend up.

Less talked about, though, is how technology has been shown to reduce the need for business travel. The lockdown period has shown many daily business travel trips and hotel stays within South Africa to be time and cost inefficient, and un-necessary. We would expect corporate travel budgets to be reduced significantly as a result, and a significant portion of business travel not to return post-lockdown. In addition, it appears that the ‘Webinar Era’ has arrived, which could cause less physical business conferencing events in future. We would thus see the Hotel and Conferencing Sector as potentially under pressure even following a full economic recovery.

Of the large commercial property sectors, however, we see retail property as being most vulnerable even following the lockdown phase, with larger malls being more exposed to the online shopping challenge emerging. While the retail economic sector may not dip as dramatically as the industrial property-related manufacturing sector, retail property rentals have seen their affordability deteriorate far more since the mid-1990s than has been the case in the areas of office and industrial. This may contribute in part to retail tenants being potentially more ‘fragile’ than those in office and industrial property, and we believe that, after a spectacular boom period in retail property, this sector is probably due for the most significant correction in values. Smaller neighborhood and community centres are arguably less vulnerable than larger malls, due to a greater dependence on more essential items such as food retail, as well as due to their greater locational convenience making them perhaps more competitive with online options.

But the larger malls, FNB believes, have significant challenges as online retail gathers steam (having been boosted by the lockdown phase too). Some will attempt to improve the ‘experience’ for consumers, transforming malls to be less about shopping for goods and more about experience and entertainment. The challenge will be a big one, given that South Africa is a lower income country, with a flat economy, an environment that would appear more conducive to retail focused on basic essential items.

The industrial property market has a deep manufacturing recession to work through, as well as a lack of need for high inventory levels through this recession. But following full economic recovery we would perceive less threats for this major sector compared to office and retail.

The sector least at risk through this crisis, we believe, is the residential property sector. This is not to say we do not expect some noticeable price deflation in residential this year. It too, cannot escape a deep recession. But hereafter, residential property appears unhindered by technology. We cannot live online or remotely. Residential densification is likely to continue its long-term trend, but we all need to stay somewhere. In fact, residential property and its design becomes arguably more important now, if the remote working trend accelerates, given that we appear likely to spend a lot more time in our homes in many instances. Initially, we would expect that new designs of space saving work furniture may be the buzzword, but later significant renovations and alterations of residential homes may become a significant trend as working lifestyles adjust. And, of course, repurposing of a significant portion of the country’s office space into residential property in the years to come promises to be a significant theme, something that has already been noticeable in certain CBDs.

There is a lot to think about as we start to emerge from lockdown, but we would caution against expecting too much too soon. We are not unlikely to move straight from lockdown to ‘fully-recovered’. That did not happen in 2009. We are likely to work through a lengthy period of ‘recessionary’ conditions and slow recovery, with values still declining in lagged response to the 2020 economic shock.

The weak economic conditions leading up to 2020 mean that a portion of the tenant population was financially weak before suffering income loss in the lockdown. From such a shock, the recovery for some will not happen, and for others it will be gradual at beast. And then, at best, we return to face our old economic structural challenges that economists have emphasized for years, with low capital growth keeping pace with general inflation.

COVID-19 has not changed the world as much as we may think. It has sped up some key trends, but old issues and challenges have not gone away.