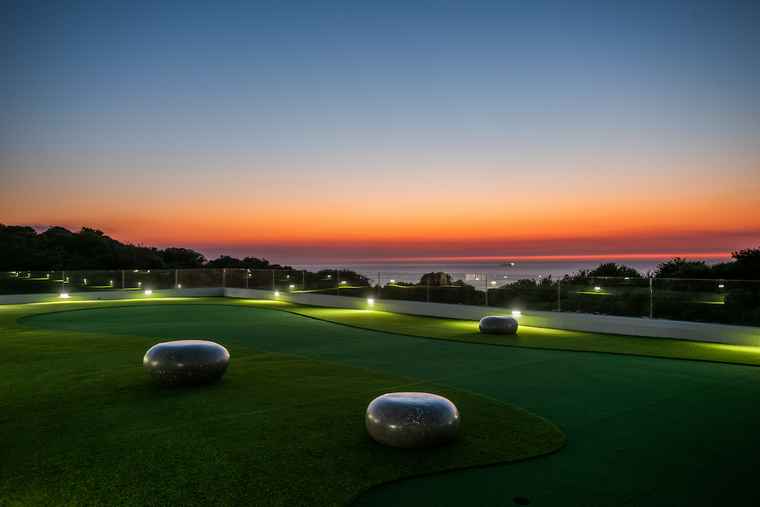 The beautiful ocean view as seen from the M4 northbound, at Pebble Beach Sibaya.

Umhlanga’s municipality has been working tirelessly to complete the M4 Ruth First Highway repairs. This follows the partial collapse caused by subtropical, heavy downpours which occurred in November and December 2019. Despite Covid-19 slowing the progress, the recent downgrade to Level 3 has allowed for construction to commence.

“Location and proximity play a vital role in property purchaser’s decisions – people don’t want to be stuck in a car for long trips to get to work, drop the kids off at school or get their groceries. Having the M4 highway collapse and repairs take place over the province’s busiest periods has highlighted what a positive impact this upgrade will have for locals, as well as on the tourism industry, as everything residents and holiday makers need will be within close reach.”

“It has been a high priority for the teams involved to complete this upgrade as it allows for convenient connections between neighbouring nodes, it lessens the congestion on the N2 on a daily basis and further unlocks investor confidence into this region,” he says.

The N2 averaged 28 000 cars daily. Following the M4 collapse, approximately 40 000 cars have been using the N2 freeway. It witnesses about 12 000 day trips and it is evident that this plays a significant role in bridging the gap between communities and, creating a convenient connection between locals who reside within Durban North, Umhlanga, Sibaya, La Mercy through to Balito. South Africa’s leading head offices, industrial sectors and other commercial entities have identified the North Coast of KwaZulu Natal as the prime business hub of the region.

“There is a ripple effect of positive outcomes once the M4 is up and running; ready to take on the overflow of the N2 traffic commuters. As a connection, bridging the gap between communities, the upgraded M4 highway will feed into the sought-after, modern lifestyle concept. Those residing within Sibaya will literally be minutes away from everything they would need, including accessibility to work, recreation amenities, and even the beach. From Sibaya it takes 3 minutes to travel through to Umhlanga and less than 10 minutes to King Shaka International Airport,” shares Thompson.

The North Coast of KZN has been a favourite with families, tourists, professionals and even retirees. The charming towns that connect to each other create a close-knit community offering, high quality lifestyles and exceptional estate living. The M4 will not only bring communities together, it will also unlock cost effective lifestyles, as well as entice further investment interest and development in the North Coast of KZN.