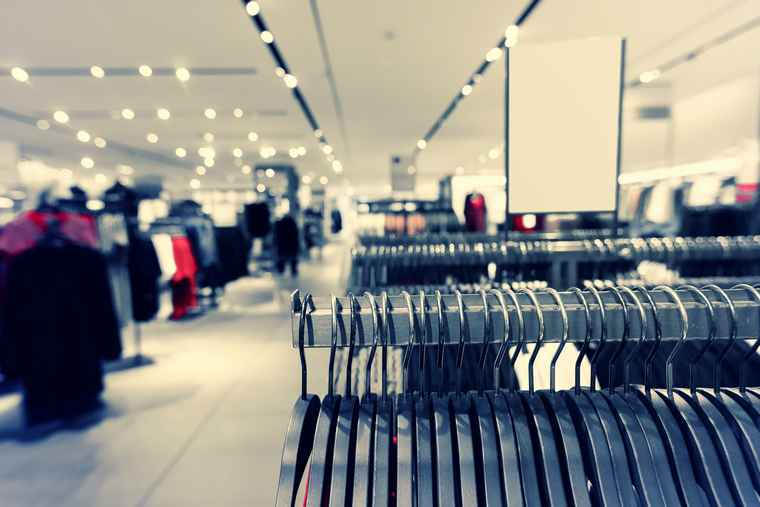 The President recently announced a relaxation in COVID-19-related lockdown measures, from level 4 to level 3 as from 1 June 2020, which means the opening up of most retail activity, excluding restaurant and pub facilities.

But for shopping centres, this may not quite mean “business as usual” immediately. The severity of the COVID-19-related economic shock could mean that it takes a few years for consumer spend to once again reach pre-lockdown 2019 levels in real terms.

And besides constrained consumer incomes, there are also two “wildcard” risks for retailers to consider regarding consumer behaviour in the aftermath of COVID-19 lockdowns. Both relate to “fear”. The first is the risk that virus fears cause ongoing fear of crowded spaces, thereby causing a portion of consumers to avoid shopping centres in part or in full.

Less talked about, however, is the risk that possible fears over households’ financial future may cause a significant portion of them to spend far more cautiously and increase their savings rate substantially.

FNB expects a significant, but for the time being not a “full”, consumer and retail recovery

As South Africa gradually heads towards “Level 3” “lockdown” as from 1 June, the opening of most retail means that retailers and retail property owners will begin to look forward to a more normal business life.

Moving gradually to lower levels of lockdown should mean that the retail property sector can look forward not only to an increasing number of their tenants reopening, but also to foot traffic increasing along with spending.

But even with lockdowns being phased down, and eventually out, there are no guarantees that the “full” consumer recovery will be quick. Rather, full recovery could conceivably lag the end of lockdowns considerably, given the magnitude of the financial “knock” that the household sector has taken.

But such assumption may be unrealistic. One should assume that a portion of the more “financially fragile” businesses in the country won’t make it past the full lockdown period, with a loss of revenues of even a few months being more than they can manage.

How big this group of businesses at risk is, is difficult to tell, but it was probably a growing number in recent years, and indeed all three major categories of commercial property had seen mild increases in their average vacancy rates and bad debt levels in recent years.

This means that a portion of the country’s production capacity has likely been damaged, remaining damaged even after the lockdown is over, lowering its potential output. That contributes to post-lockdown employment constraints, which dents household income in the longer run too.

This makes it likely that in the post-lockdown phase the country’s consumer demand won’t immediately recover “fully” to pre-COVID 19 levels.

This long and slow road out of the “dip” is not unrealistic, given what has been mentioned about a portion of businesses (production capacity) and jobs having closed down more permanently, and not returning immediately after lockdown.

The implication for retailers, and the centres in which they operate, is that after lockdown (which is assumed in the forecasts to be virtually entirely over before the end of 2020), the retail economy will indeed improve significantly from lowly lockdown levels, but only back to a “normal recessionary” environment, with real consumer spend levels remaining below 2019 levels for a few years to come.

Granted, in nominal terms, household consumption expenditure next year is projected to be a mild 2.62% higher than that of 2019, after dipping by a forecast -4% in 2020, but that would mean that it hasn’t nearly kept up with general price inflation, and likely not with retailers operating costs either.

Then there are he “wildcard” risks to retail expectations and forecasts

Besides the normal hazards with forecasting the magnitude of the economic contraction, and the resultant impact on employment and household income growth (decline), a big unknown is the impact of the Corona Crisis on “confidence and sentiment”

One area of confidence that is being spoken about a lot, as certain countries or states “open up”, relates to the confidence of the public to return to crowded public spaces, of which retail centres are one such example.

Essential item shopping, such as the visits of consumers to the supermarkets throughout the COVID-19 lockdowns are unlikely to be avoided. But in the area of “lifestyle”, for example gyms, dining at restaurants, visiting pubs, cinemas, ice rinks and bowling alleys, the attitude may be significantly different, as it may be with “postponeable” and non-essential/luxury goods purchases. While predicting the magnitude of possible virus-related consumer caution is impossible, we would expect some impact to be prevalent for as long as the virus lingers.

Fear of crowded public spaces doesn’t necessarily curb consumer spending, however. Rather, it may play into the hands of online retailers and food deliveries, even after lockdown is entirely ended.

Perhaps making this “fear” factor less of a threat to retail centres in South Africa than in certain parts of the US and Europe, for instance, is South Africa’s (to date) still relatively low COVID-19-related death rate. But time will tell.

But the “wildcard” retail risk that’s being talked about far less, it seems, is the possibility of far greater future financial caution, and its impact on consumer spending.

In this very deep recession that appears to be unfolding, the employment loss and decline in real incomes appears to be severe. While automatically curbing the spending of many who have lost jobs and incomes (and who don’t always have wealth buffers built up to see them through), it is possible that this can also put fear into the minds of those households that have not suffered a loss of employment of income.

Job losses are well publicized, and many people will actually know others that have lost either their business income or their personal income.

Many people, even highly skilled people, may become acutely aware that employment opportunities are not in abundance.

Added to this that many households would have seen a decline in their net wealth with the onset of COVID-19, and even for a while prior to this crisis, with the economy having stagnated since around 2012.

A significant increase in the savings rate in a time of income decline or low income growth would mean further downward pressure on household consumption expenditure and retail sales growth. It would mean the risk that our assumption that consumer spend grows in line with the growth rate in disposable income would be over-optimistic.

•  But how realistic is the possibility of a significant increase in the household sector’s savings rate?

Has there been any evidence of a move to lift the Net Savings Rate (gross saving less depreciation on fixed assets) ? Yes, but only mild attempts in SA’s recorded history

So there have been mild hints of a move to lift the savings rate in tougher and more uncertain times, and FNB believes that this is based on heightened concern regarding households’ own financial future that come with a weaker economy and/or political and policy uncertainty.

Admittedly, none of the economic shocks over the past sixty years have been sufficient to do more than lift the savings rate mildly and temporarily, while the longer term broad trend in savings has been one of decline.

So can a big enough economic shock cause a more significant and sustained rise in household savings? Looking elsewhere for a longer data history, it appears that this is perhaps possible. For evidence of a prior long upward savings rate cycle, we turn to the United States, where a longer data history exists that in South Africa.

From the Bureau of Economic Analysis, at the University of California, US Personal Savings Rate data going back to 1900 is available. It shows this savings rate being weak in the initial stages of the 20th century, before embarking on a long term up-cycle that had its roots in a below-zero rate around the time of the Great Depression, thereafter rising to a high (ignoring an abnormal World War 2 spike, which may have had much to do with consumer product supply constraints too) of near 13% by the early-1970s.

Savings behavior and all of its drivers have proved difficult to fully understand over the years, but a long term rising trend in US savings following the Great Depression many years ago, and through a World War, is interesting to take note of at the current time when an extreme economic contraction is unfolding.

Zooming in on savings trends of the past 2 decades in South Africa, the economic slowdown/recession of 2008/9 appeared to prompt a temporary improvement in household savings (diminishing in net dis-savings), as has the more recent economic growth downturn which started around 2012.

The magnitude in savings” improvement” has not been large in the most recent multi-year downturn to date. But the question is whether it is now time for the net savings rate to turn significantly positive, given the extreme magnitude of the current economic shock unfolding?

Weak and uncertain economic times appear to motivate savings, and a massive GDP contraction of -8% is forecast for 2020 in what appears to be the biggest recession in post-World War 2 history unfolding.

It is difficult to know what magnitude of crisis is needed to send households into a major savings drive. But this “increased savings and financial caution” possibility must be flagged as a key near term risk factor to retail and retail centre performance, over and above the recessionary income “knock” that many households have taken, and along with the possible virus-related fears related to visiting these centres.

The post-lockdown road to recovery for retail property looks likely to be a lengthy one, with household finances and confidence-related factors being crucial.