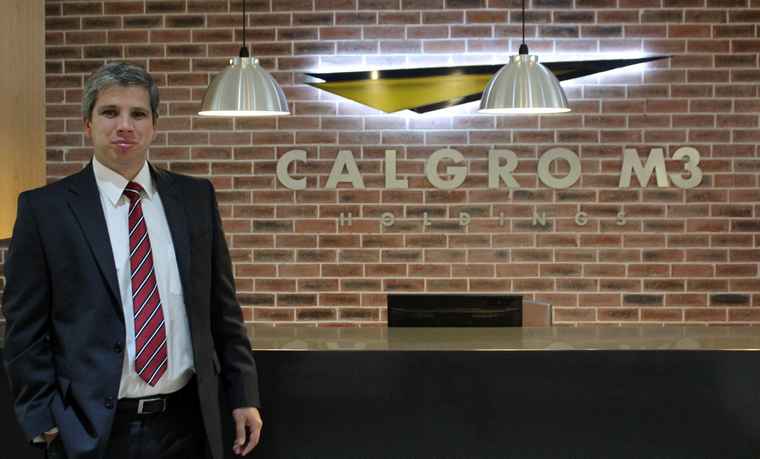 JSE-listed Calgro M3 has released its final results for the year ended 29 February 2020.

Calgro M3 CEO, Wikus Lategan, said good progress had been made to turn the business around, with cash generated from operations increasing by 55.6% and net cash generated from operating activities increasing by 69.9%. This enabled the Group to settle, on a net basis, R52.7 million in financing activities, while still being able to increase cash balances by 108.0% to R255.1 million.

“Through the timeous implementation of deliberate business improvement initiatives, we also are pleased to have created sufficient room for stronger performance, enabling the Group to withstand the current challenging economic climate.”

Lategan added that Calgro M3 is positioned to generate sufficient cash flow from operations to settle any debt maturities that fall due: “However, we don’t intend investing in capital intensive projects while the environment or business is constrained.”

Lategan said he was confident that the Group has reached a stage where management has the opportunity to make beneficial long-term decisions in the interest of Calgro M3’s long-term strategy, rather than short-term crisis-related decisions. One such decision was to make changes to the residential property development business model during the year, with the Group undergoing a major restructuring process with the aim of realising an improved risk-based, though profitable structure. “The in-house construction division will be closed over a 6- to 18-month period through a staggered approach, with affected employees being provided the opportunity of being absorbed by the Group’s newly-appointed external contractors, thereby limiting job losses. This process should be fully concluded by October 2020.”

He added that a similar process of cost reduction was followed with professional departments, closure of all secondary offices, and streamlining of the Memorial Park processes.

Lategan believes the business is also now positioned to benefit from any upswing in the local economy, which will further be boosted should Government go ahead with its long-touted plans of ensuring investment in infrastructure projects. “With this in mind, our new Frankenwald project has three years remaining on the option period before the land must be paid for.”

The strategic decision of focusing on rightsizing the business and cash generation resulted in revenue for the year decreasing by 1.3% to R984.1 million (2019: R997.1 million). The costs associated with these low levels of activity resulted in the gross profit margin being put under pressure, decreasing to 10.2% (2019: 12.9%).  Despite this, operating profit of R48.0 million was achieved, a vast improvement on the operating loss of R29.0 million in 2019.

A stringent cash flow position for the first six months of the year resulted in a decrease of 38.4% in finance income to R30.8 million (2019: R50.0 million). Similarly, finance cost expensed increased by 9.0% due to the standing time related finance cost component and a reduction of interest allocated to the project cost.

Cash and cash equivalents at the end of the year increased 108% to R255.1 million (2019: R122.6 million), which placed the Group in a strong liquidity position with which to start the new financial year. In addition, this healthy balance will enable the Group to weather the Covid-19 storm that is severely impacting the economic environment.

The current cash burn rate is approximately R14 million per month for fixed overheads and interest. In addition to current cash resources in excess of R100 million, the Group still has its full overdraft of an additional R100 million available.

The Residential Property Development business remains the largest contributor to Calgro M3’s operations, notwithstanding the fact that this business experienced an extremely challenging year for a third successive year. The start of the financial year was marked by continued land invasions, the lack of availability of electricity at the flagship Fleurhof development and the faltering economy.

“These challenges led to a conscious decision to preserve liquidity through the suspension of operations on various sites, the implementation of various cost cutting measures, a reassessment of internal structures and implementation strategies, and the restructuring of transactions. One of the major decisions taken was to outsource future construction on all of Calgro M3’s sites.”

Lategan added that with a pipeline of 36 686 opportunities, of which 7 326 are fully serviced, 2 393 – including units where construction was previously suspended – under construction in various stages across seven projects, the Group is now well positioned with enough working capital to recommence sales and continue with construction.

The Group remains bullish on growth opportunities in the Memorial Parks business and its ability to match the profitability of the property development business in the medium- to long-term. The current areas of focus, in order to achieve this goal, are establishing a national footprint and enhancing sales distribution through various channels. Full year revenue grew by 22.8% to R25.7 million, reversing the momentum lost in the first six months, even though this period is traditionally quieter.

The challenging economic environment is continuing to have an impact on sales performance. The Group is, however, placing emphasis on sales distribution channels to ensure that increased sales momentum is maintained and that potential customers are actively targeted. Memorial Parks continues to be a key expansion area for the executive management team.

Lategan ended by saying that although mathematicians and statisticians are running numbers and forecasts, the reality is that no one knows what the remainder of the 2020 year and even beyond will look like. “It’s one thing receiving the green light that lockdown is over, but a completely different situation to face the reality of the long-lasting effect this will have on South Africa. The challenges are not only Covid-19 related but extend to downgrades to sub-investment grade by rating agencies, paving the way for an almost certain prolonged poor to negative economic growth period“.

“In light of this, the Group will continue to demonstrate that its businesses and variable cost model are resilient and able to withstand the challenges of a suppressed economy, policy uncertainty, international health crisis and any other uncontrollable factors that come its way. Calgro M3 has increased liquidity sufficiently over the past couple of months to be able to weather the storm and will continue focusing on cash flow generation without expensing same on other places and in doing so, will remain dedicated to revenue and profit generation.”

The Group is in a position where much of the liquidity and macro-economic consequences of Covid-19 has been managed through actions taken by the Group during the two preceding challenging years. In conclusion he indicated that, “We are proud that we were able to pay full salaries to employees up to date and will endeavour to continue paying full salaries to staff for as long as possible under lock down conditions.”