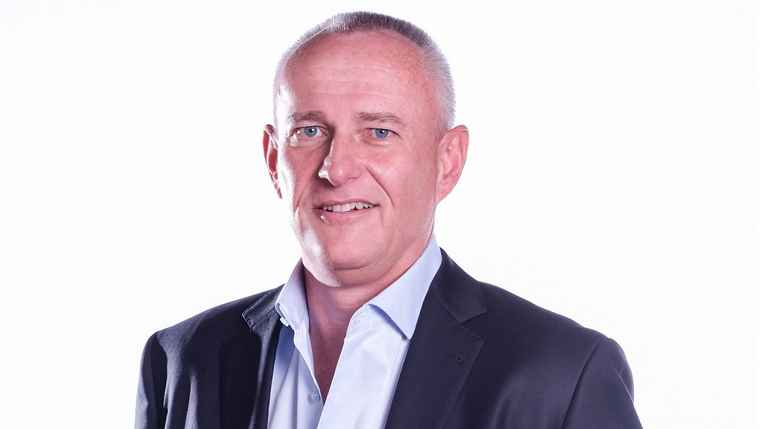 Growthpoint Properties has reported distributable income growth of 2.2% to R3.2 billion, an increase in dividends per share of 0.2%, and a 14.9% increase in group property assets to R160.2 billion for its six-month period to 31 December 2019.

The company delivered half-year results in line with market guidance, while boosting the diversification of its assets. Growthpoint invested R4.2 billion internationally, and in South Africa, it reported R1.5 billion of investment with another R1.2 billion of commitments.

Norbert Sasse, Group CEO of Growthpoint Properties, attributes the company’s increase in distributable income and asset value to its growth strategies, specifically internationalisation. Growthpoint now has 35.2% of its assets offshore, contributing 24.3% to its earnings before interest and tax (EBIT).

Sasse comments, “It’s been an exceptionally tough six months and we are pleased with the strategic progress achieved. However, the considerable gains from our internationalisation strategy were erased by the underperformance from our domestic property portfolio as a result of SA’s economic decline, with the V&A Waterfront being an exception. Even so, Growthpoint’s growing international footprint continues to ensure that it is defensive.”

Growthpoint creates value through innovative and sustainable property solutions that provide space to thrive. It is the most liquid and tradable way to own commercial property in South Africa, and it has a 16-year uninterrupted track record of dividend growth. Currently the 31st largest company in the FTSE/JSE Top 40 Index, Growthpoint is a constituent of the FTSE EPRA/NAREIT Emerging Index. It has also been included in the FTSE4Good Emerging Index for the third successive year and in the FTSE/JSE Responsible Investment Index for its tenth year.

During the half-year, Growthpoint expanded its international footprint with a 51.1% investment in Capital & Regional. The UK REIT, which is listed on the LSE with a secondary listing on the JSE, owns a portfolio of seven needs-based community shopping centres, which are dominant within their catchment areas and have a value of GBP727m. Growthpoint’s investment in Capital & Regional is valued at R2.5bn.

“Our Capital & Regional investment is in line with our internationalisation strategy. It responds to opportunities created by the current market dislocation in the UK, which has proven to be a healthy investment market over the long-term. Capital & Regional is a defensive, stable and scalable platform to further our internationalisation in the UK, and we will support its growth. It is dealing with the structural changes to retail in its market, pressure on property valuations and rental income and has significant capital expenditure requirements. Still, we see opportunities to realise value with alternative uses,” says Sasse.

Although its investment in Capital and Regional was finalised in the last week of 2019, it made a positive 2.7% contribution to Growthpoint’s distributable income growth. Growthpoint’s established international investments in GWI and GOZ also performed well.

The investment in Central and Eastern Europe through GWI contributed 2.9% of Growthpoint’s distributable income growth. GWI raised EUR264.3 of capital and continues to be well placed for acquisitive growth. Growthpoint invested R1.3 billion in GWI to maintain its shareholding at 29.4%. Significant shareholder changes saw CPI Property Group and Aroundtown taking substantial stakes in the business. GWI grew its portfolio to 61 office and industrial assets, 38 properties in Poland and 23 in Romania and has an approved pipeline of acquisitions and developments to further its growth. Growthpoint’s R8.8 billion investment in GWI has a market value of R9.6 billion.

“Poland and Romania both offer strong macroeconomic environments and robust property fundamentals for GWI. Its markets are experiencing keen demand from multinational tenants, and there are accretive development opportunities and acquisition opportunities,” Sasse notes.

GOZ made a 0.8% contribution to Growthpoint’s distributable income growth. GOZ successfully raised AUD173.6 million in equity during the period and is attracting keen interest from the broader Australian investment market. It reduced its gearing to 31.4% and significantly reduced debt costs. GOZ now has 58 property assets in Australia’s favoured office and industrial sectors, concentrated in the growth markets along the country’s Eastern Seaboard. It reported a 5% increase in the value of its portfolio and signed its longest lease agreement to date with the NSW Police Force for 25 years. Growthpoint’s stake in GOZ has a market value of R19.6 billion, against a cost of R9.6 billion.

“With strong property fundamentals for its portfolio, and a development pipeline that is expected to deliver above-market returns, GOZ is guiding 3.5% growth in distributions to 23.8 AUD cents per share for FY20. It is also exploring ways to diversify its income streams,” points out Sasse.

Another new revenue stream for Growthpoint, its funds management, gained strong momentum during the period, and now has assets under management of around R10 billion.

A busy six months for Growthpoint Investec African Properties (GIAP) saw it invest all the equity of the fund in acquiring Achimota Retail Centre, Manda Hill Shopping Centre and six properties in the RMB Westport portfolio to become a leading pan African property investment fund. Its quality portfolio of income-producing assets is focused in Ghana, Zambia and Nigeria. GIAP now has a combined portfolio value of USD510 million and net asset value (NAV) of USD252 million. It raised a further USD40 million equity and a USD50 million bridge to equity loan, and Growthpoint increased its investment in the fund by R590.5 million, taking its total investment to USD50 million. Continuing its momentum, a new equity raise is planned to grow and diversify the fund.

Growthpoint Healthcare Property Holdings (GHPH) reported a strong six months, growing its dividend per share by 7.5%, which totalled R69 million for Growthpoint as well as fund management income of R18 million for the period. Having raised R685 million of third-party funding, Growthpoint held 72.9% of the fund at 31 December. After raising another R288 million in 2020, this diluted to 62%. The healthcare property fund will be boosted by the Pretoria Head and Neck Hospital development completion in August 2020, and a significant pipeline of acquisitions and developments will drive its growth.

With South Africa’s economy declining, Growthpoint’s domestic portfolio, which carries the Group overhead, decreased distributable income, contributing -2.9% to its distributable income growth. While Growthpoint’s NAV increased by R640 million, its NAV per share decreased by -0.9% with several components playing a part in this. Overall, a 0.9% decrease in SA property values offset the positive effect of good growth from international investments. The directors’ R730.7 million valuation write-down of the portfolio value takes a realistic view of SA’s economic erosion and its impact on the property market.

Almost all South African portfolio metrics weakened during the six months, with vacancies increasing from 6.8% to 7.4%. While it let more than 560,000sqm of space, the renewal of leases expiring during the period was down to 67.6% from 70.1% at FY19, and its renewal growth rates moved deeper into negative territory, from -5.3% to -5.6%. Arrears and bad debts increased notably, but remain well contained.

Placing strategic emphasis on optimising its SA portfolio, the period saw Growthpoint investing R1.1 billion in developments and R282.1 million of capital improvements, investing in core assets with upgrades and enhancements. It disposed of R433.8 million of non-core properties and made two strategic acquisitions of R134.3 million. Growthpoint’s capped third-party trading and development strategy, earned fees of R7.7 million, amounting to a -1.7% contribution to distributable income growth, with a solid pipeline of transactions that are expected to be completed in the second half of FY20.

“The SA economy has stalled, and that makes for a remarkably difficult operating environment. There’s an absence of catalysts to re-start the economic engine and drive business and consumer confidence upwards. Property fundamentals are likely to deteriorate further, worsened by Eskom uncertainty and increased cost pressure on utilities and rates and taxes. We expect the SA property portfolio to continue to dilute growth,” reports Sasse.

Across the country, properties in KwaZulu-Natal and the Western Cape, particularly at the V&A Waterfront, are performing relatively better than in other areas. Net property income at the V&A Waterfront grew with the completion of developments, including the Woolworths extension, which saw the retailer double in size to 9,000sqm. With Cape Town’s water crisis abating, tourists flocked back to the V&A Waterfront, with upside for its hotel occupancies and cruise passenger numbers. Retail sales grew 3.5%, even in the challenging economy, with positive trading density growth of 6.1%. The V&A’s 99% portfolio occupancy reflects strong demand for P-grade offices and flagship retail space. A new flagship Apple Store opens at the precinct this month, and its 9,000sqm regional head office development for Deloitte is progressing well. The V&A Waterfront contributed 0.7% to Growthpoint’s growth in distributable income.

“At the V&A Waterfront, we continue to look for opportunities to enhance earnings, increase bulk and densify the precinct. The development focus is on the Canal District and prioritising the Pierhead District, and our next area of focus is the Granger Bay development masterplan, which is being conceptualised,” says Sasse.

Growthpoint kept its Moody’s national scale rating of AAA.za. As a principally SA operation, its global scale rating is limited by the sovereign credit rating of Baa3, and the outlook was downgraded on the back of SA’s negative outlook. The company’s balance sheet is well capitalised, and its gearing is conservative. Its consolidated loan-to-value ratio stayed well within covenants, while edging up slightly during the six months from 36.4% to 38.2% for the group.

Growthpoint is SA’s second-largest listed corporate issuer, and its public bond issues totalled R1 billion for three to seven years at spreads of Jibar plus 125 to 162 basis points. Some 57.8% of debt is unsecured, 82.3% of interest rate exposure is fixed, and the average term of debt is 3.8 years.

“Growthpoint has the advantages of a strong balance sheet, diversification across geographies and sectors, sustainable quality of earnings and ongoing commitment to best-practice corporate governance. Our growth strategies are the biggest drivers of distributable earnings growth, and they will continue to be our focus. We will support and grow our international investments and optimise our SA portfolio while seeking new opportunities and growing our new revenue streams,” concludes Sasse.

Growthpoint reaffirmed that its distribution per share growth for FY20, if any, is expected to be nominal.