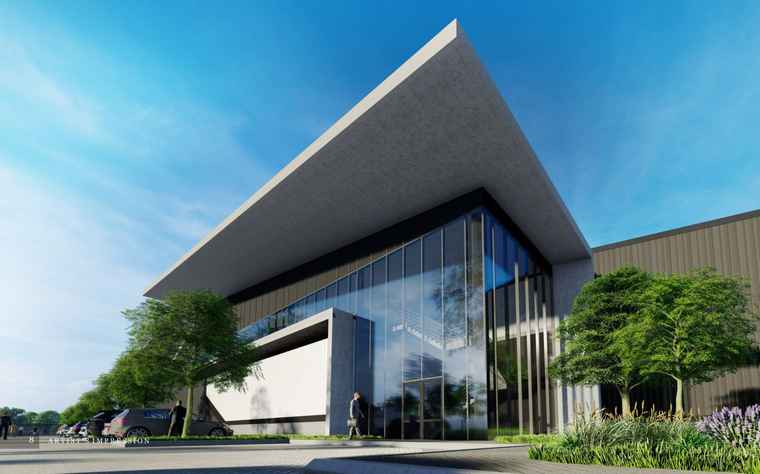 A render of the King Air Industria park development in Cape Town.

The King David Golf Club originally opened in 1956 and, after joining with the Mowbray Country Club, closed in 2015. The formidable partnership of Atterbury and Old Mutual secured the rights to the major development of the 72ha vacant site in a competitive proposal process.

Developing logistics, distribution, warehouse and cold storage facilities on the site will put this prime land to a higher use that creates jobs, economic opportunities and investment for Cape Town. The development of King Air alone represents a R3bn investment in the Mother City and has taken more than three years of careful planning.

The construction of King Air’s infrastructure commenced in December 2019, with completion scheduled for September 2020. The development will be implemented over the next five to ten years, subject to market demand.

James Ehlers, head of Atterbury Development, says, “By joining forces with Old Mutual Properties for this venture, Atterbury has created a powerful partnership to drive the development. Our collaboration has already successfully produced several exceptional developments, including the landmark Old Mint Park in Centurion and the roll-out of Richmond Park in Cape Town. We are excited to be part of the King Air project and confident about the positive prospects it represents. It is already attracting keen interest in the market, and the construction of its first facility is imminent.”

The King Air Industria Cape Town site allows for the development of 280,000m2 of facilities. It has been designed to allow for buildings ranging from 500m2 to 150 000m2.

King Air is on the prime site between Airport Approach, Borcherds Quarry, Robert Sobukwe and Pallotti road. In addition to the city’s extensive upgrades to Robert Sobukwe and Borcherds Quarry roads, the developers are also investing in upgrades to King Air’s surrounding roads, above and beyond those deemed necessary by the city. This will ensure excellent traffic flows in the area and optimise King Air’s effortless access to markets and suppliers in Cape Town and across the Western Cape region via the N2 highway.