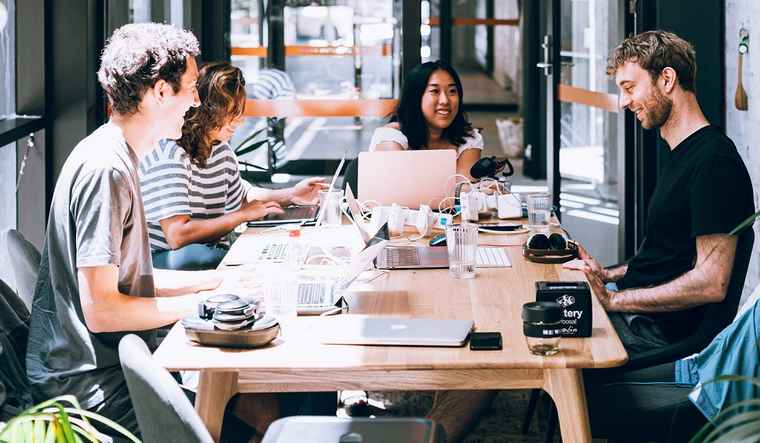 With millennials and Generation Z now ruling the workplace, we are poised to see even more dramatic changes in the way we work and business is conducted.

For decades, baby boomers ruled the corporate world and, during this time, one of the key hallmarks of a company’s success was always its property; preferably a large, imposing building at a prestigious address where the workers all gathered together daily at the same time to conduct business.

And, although there has been a measure of disruption since the inception of the digital age which has added a level of convenience to our working lives, there has been very little change in the way business has always been conducted.

However, a changing of the guard last year is poised to precipitate a dramatic transformation in the workplace, the world of business and, thereby, commercial real estate.

In 2019, the mantle was officially passed to a new order as there are now not only more millennials than baby boomers, but Generation Z, the first fully digital generation, has also entered the workplace and both demographic groups view the world (and business) very differently.

“Millennials adopt new technologies much more easily and quickly than their predecessors, they are more comfortable doing business remotely and virtually and also expect to be given the tools and freedom by employers to do so,” says Yael Geffen, CEO of Lew Geffen Sotheby’s International Realty.

“And Gen Z, who have never known life without digital technology at their fingertips, will push the envelope even further. Research is revealing traits like the fact that 60% of this group prefer to learn through YouTube tutorials and videos, which alone presents a host of new challenges for standard HR and training methods.”

Geffen says that we should remember that the primary role of the workplace was always to bring people together in close physical proximity as it used to be the only way to get work done, but digital technology has negated this need for a work force to always be together in the same space.

“The office is now more of a central base from which to attract, retain and inspire the best talent and it’s no longer necessary for them all to report for work at the same time every day.”

Geffen adds that when you factor in the prevailing global economy, spiralling traffic congestion in major metros and our growing expectation of convenience, all indications are that the traditional 9 to 5 era is fading away, as one of flexible work and digitised assistance is ushered in.

“South Africa’s economic woes aside, many economists predict that we are teetering on the edge of another global recession and businesses are already looking at ways to reduce the costs of large office overheads by instituting flexi-time and turning to co-working centres.”

Open for a number of years already, Slow in the City in Sandton was a forerunner in this market but the concept has really taken off and now there are many such centres, including Open in Maboneng, The Workspace, JoziHub, Impact Hub, WeWork and Regus.

“Not only do you save on rental, but shared business centres usually come standard with receptionists and admin equipment such as printers and phones and wifi included in the price, thereby further reducing overheads“.

She adds that many freelancers and small companies already make use of public spaces like coffee shops to work from and even hold meetings.

Contrary to what many traditionalists fear – that people will not be productive when out from under management’s watchful eye – studies are proving that the opposite is true.

According to research from IWG’s annual Global Workspace Survey, affording employees the chance to work from flexible workspaces has been shown to increase productivity, with 54% of employees saying that working remotely enables them to get more done.

The new guard also have very different lifestyle needs and shopping habits. They prefer walkability to driving everywhere and they also do most of their shopping online which is spurring further shifts in the commercial real estate sector.

According to Jack Bass, Director the group’s Commercial Division in Cape Town, tenants will become increasingly attracted to live/work/play precincts like Century City.

“Businesses looking to attract millennial and Gen Z clients and workers need to look at situating themselves in nodes with good walkability and enticing retail, dining and recreational options; where everything is on their doorstep and there is seldom a need to drive“.

“This trend is already well-established in the USA, with several areas, like Irvine in California, already home to many such precincts.”

Bass says that the growing move to online shopping is already impacting the retail sector, especially the high street concept, which has been declining in recent years, while the industrial sector has strengthened.

“Smaller industrial spaces of around 100m² are being snapped up and are mostly used for storage and warehousing and I think that as ecommerce continues to grow, so traditional retail will slow.”

He adds that connectivity and digital capability are no longer optional extras when renting out commercial space; in fact, they are not only critical but should also be up to speed and able to accommodate the latest technology.

“Even meetings and training seminars are increasingly being conducted via communication technology such as Zoom and Facebook Live,” says Geffen, “and the need to travel far and wide on planes and staying over for meetings is almost a thing of the past.“

“Time is money and any wastage of time translates into a waste of money which is increasingly minimised by the new digital advances and working culture, however, I think that care has to be taken to not completely eliminate the human touchpoint, only drive it with smarter systems.”