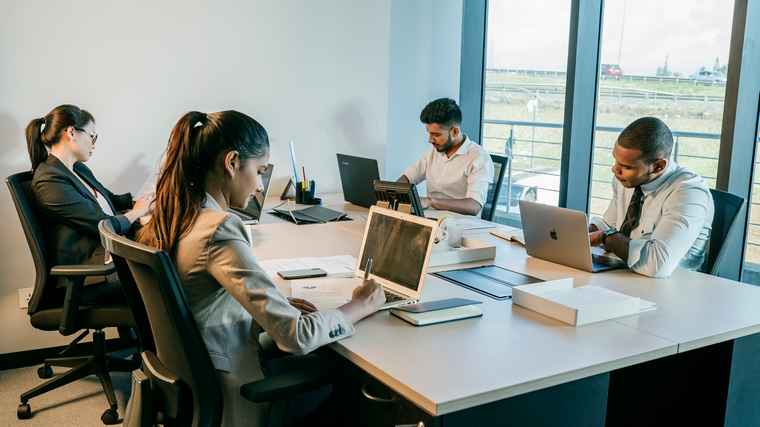 Headlines across the globe continue to comment about the imminent implosion of co-working giant, WeWork, why they fell so hard and so fast, and what this means for the future of co-working.

David Seinker, CEO and founder of South African co-working company, The Business Exchang, believes that WeWork stalled for two reasons. The first one is because it made the critical mistake of positioning itself as something that it is not: “Its top executive team wanted to see themselves as a technology business rather than what they actually are, which is a property services business.” Reason two is that the company didn’t stick to it’s knitting: “They veered too far away from their core offering and invested time and money in industries not related to their core business functions.”

By positioning themselves as a technology business, WeWork were almost able to convince investors that they had an IPO valuation of around US$50 billion – nearly 20 times the company’s actual revenue. The company has also been expanding at a rate of knots; and in the last two years has seen a massive footprint growth with offices in 280 locations across 111 cities in 29 countries before it faltered.

“WeWork is a case all on its own,” notes Seinker. “Co-working  is by no means a flash-in-the-pan phenomenon and it certainly doesn’t end with WeWork. In fact, the business model has been around very successfully for at least 30 years.”

Seinker is referring to Regus, the world’s largest provider of flexible workplaces. Started in Belgium in 1989, it is now part of the IWG plc brand with a network of 3 300 workspaces in over 1 000 cities across more than 110 countries.

“The difference is that co-working spaces have become disruptors over the past few years, as the economy has slowed and small businesses in particular have looked towards formalised but yet flexible office space in shared facilities.”

What will change now, believes Seinker, is the way that co-working spaces will operate in the future, and who they will house, as increasing numbers of corporate companies also turn towards this type of office space as a more attractive option over traditional long term lease agreements.

“The disruption we’ve seen in the past few years is more about the type of co-working spaces that became popular for a while, rather than the original business model,” believes Seinker. “Many co-working companies were positioning themselves as playful, funky brands appealing only to creative professions, and where you could chill out, sleep on the couch, get free popcorn and beer and bring your dogs to work.”

“What people now need is more mature, professional, high-end environments that work for small entrepreneurs serious about business, but also for the bigger corporates. Very much the same environment that Regus has provided successfully for more than three decades.”

In other words, the shift is now seeing corporate companies embracing flexible office space as an environment in which they can coexist with other, smaller businesses in a mutually beneficial ecosystem.

“It’s been estimated that by 2030, 40% of the office market will be housed in co-working spaces,” says Seinker. “We’ve seen ourselves how it’s accelerated. If you compare this year to the final quarter of last year, we’ve seen triple the demand coming through.”

There are a number of reasons for the shift by corporate clients, believes Seinker, the most significant being cost: “A big corporate company can save up to 70% of its lease cost by housing its staff in a flexible office environment. The main saving is the capital outlay which would normally happen upfront with a traditional lease.”

Of course, the most successful co-working operations will be ones that accommodate corporates in the manner in which these companies have become accustomed.

“Corporates still want tailor-made fit-outs, upmarket furnishings, a full IT structure, their own meeting rooms and even the prominent presence of their own brand. A company like ours can provide all of that as a bespoke offering, right through to having a company’s name on the building.”

Seinker sights the example of travel technology company Expedia, for whom TBE provided offices earlier this year for 40 of its staff members, with a number of other corporates already lining up for space in the co-working operation’s other facilities, including four in Johannesburg, one in Mauritius and new spaces opening in Durban and Ghana soon.

“Having corporates operate from the same space as an SMME creates an environment where smaller companies are able to engage with the bigger companies and potentially turn these corporates into clients,” says Sienker.

Another reason for the shift from long-term leases to co-working spaces lies in the new financial reporting standards that have been brought into effect whereby companies will now have to disclose their full lease commitments, in terms of how many years they have signed contracts on premises, as liabilities on their balance sheet.

“That has major consequences because it not only impacts a company’s balance sheet, it’s a liability that may be seen negatively by many other parties such as the banks,” says Seinker.

Plus, as the office market contracts in terms of long term leases, and comes increasingly under pressure, Seinker believes partnerships between landlords and flexible office space operators will also evolve.

“Across Africa, we’ve seen a huge oversupply of office space which was created for long term leasing,” says Seinker. “Now, landlords are looking towards co-working operators to enter into management agreements with them instead. It’s a partnership that can continue to provide large corporates with the office space they need, but with more flexibility, while still being able to accommodate the small businesses that embraced co-working in the first place. And of course fill the vacant office space.”