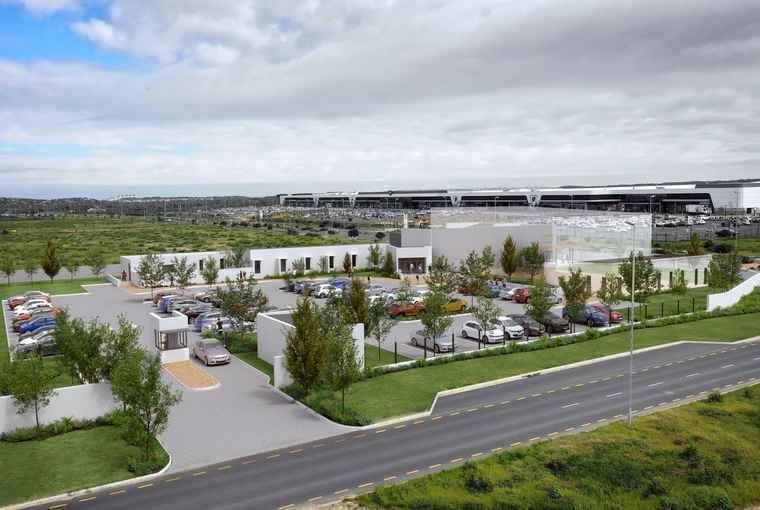 An architect's impression of the new R40 million music academy to be completed in 2021.

A R40 million music academy to serve the needs of aspiring young musicians in the West Coast and northern suburbs of Cape Town is being built on Berkshire Boulevard, Sunningdale, by Garden Cities, as the new headquarters of the internationally-recognised M&M Music Academy, established in 2004.

Included in the plans is a 300-seat theatre, the first of its kind on the Western seaboard, which will shortly also be built on the site. The buildings, of which the first phase will consist of 1 467m2 of classrooms, studios, cafe
and an outdoor venue, constitute part of the broader services and facilities Garden Cities has provided in the development of its suburbs over the past 100 years.

Group CEO of Garden Cities, John Matthews, said that as the company moves into its second century of building communities in the 17 suburbs it has created up to now, around Cape Town, it was looking at broadening the scope of its vision for residents and people living in the vicinity of the developments:

“Based on the principles established when the company was founded, we have provided schools, shopping centres, medical facilities, sport centres and even a dog park. The establishment of a music academy at Sunningdale adds to the opportunities we will be exploring to further enrich the lives of our home owners.”

Central to the new development will be a full-time music vocational high school covering grades 10-12 as well as post Matric 1 – 3 years for students who have chosen music related activities as their career. These will be highly focused classes with a maximum capacity of 100 full time students. Qualifications will be both locally and internationally recognised. Full-
time students joining the academy will select a primary instrument such as, guitar, vocals and drums as well as their vocational pathway which will consist of either Performance, Composition, Technology or Business.

The second phase of the academy’s building programme will consist of a 300-seat auditorium, the first on the West Coast and one of only three of its kind in Cape Town. On completion of the auditorium, a Performance Arts Awards curriculum including Acting, Musical Theatre, Performing and Creating, Business and Production will be introduced.

To be completed by 2021, the buildings will allow for the expansion of the Academy that currently caters for over 300 students a week under the tutelage of seven teachers in its current premises. Tuition is offered in piano/keys, acoustic and electric guitar, bass, vocals, drums and music production.

“As the work and student body at the Academy expanded, we needed more space and the additional necessity of a performance venue for concerts and training,” says M&M Director, Rolf Pearson.

“The new buildings will, from 2021, give us a capacity to provide full time
accredited music courses.”

The new base for M&M Music Academy opens the door to opportunities for young artists whose closest alternative recognised facility of its kind is at the V&A Waterfront.

Historically styled on the successful Musician’s Institute in Los Angeles,  M&M operates a commercial recording studio with video facilities, which is also used for training the students.  Students and teachers have successfully presented their music on media platforms including YouTube where they have logged up to 2 000 000 views.

The new buildings will also enhance the opportunity for students to congregate with families and the outside community, and provide a top-notch venue for rising stars to perform their own compositions in a vibrant atmosphere.