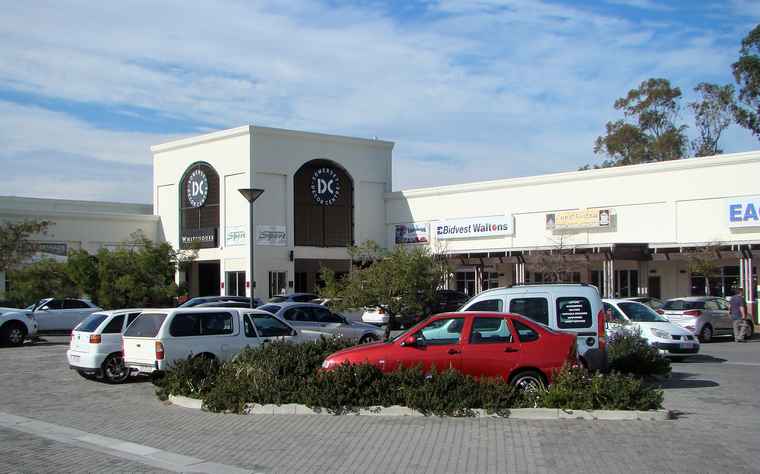 Somerset West Retail Park: The last available 120m² shop in a busy mall with ample parking for an affordable monthly rental of R16 800.

A decade of corporate semigration and decentralisation fueled the Winelands commercial sector, with increased demand boosting development, however, this has begun to taper off, precipitating a number of significant market shifts.

According to Kobus Conradie, Commercial Expert for Lew Geffen Sotheby’s International Realty in Paarl, the commercial market has been significantly impacted by rampant development followed by the economic downturn which has resulted in a glut of office space in the area.

“Until recently, the office market was really strong but, during the last two years, it has come under increasing pressure and many offices are standing empty at the moment, with price and the availability of sufficient parking very much determining vacancies“.

“However, the premium office market has done exceptionally with premium office space still being taken up by mostly listed companies, but this is dependent on the location. The best locations are the new growth nodes in Paarl, predominantly on the southern urban edge of town.”

Conradie says that of the three commercial sectors, industrial is currently getting the lion’s share of the attention, with few vacancies which are largely due to high pricing.

Detlef Struck, his counterpart in Stellenbosch and Somerset West, says that there is still considerable demand for small to medium sized warehousing and industrial property of around 300m² of which there is currently very little stock available.

“The main criteria for these properties are that they are in good, safe areas and preferably in close proximity to main arterials.”

Conradie says that in Paarl, there is a still a market for larger industrial spaces of up to 1000m², but they tend to remain vacant for longer periods of time than in the past.

“Bigger industrial spaces are not always occupied since big players in the market like Nampak have divested of their properties and have shifted to a ‘rent when the need arises’ strategy.”

As is happening globally, the retail sector in the Winelands and Helderberg region has taken a knock, largely due to the proliferation of online shopping.

Not all is doom and gloom though because, whilst the traditional high street concept may be waning, there is still a strong private buyer clientele in the area, says Struck.

However, he adds that while the best-performing retail spaces are in malls, landlords are very selective in which brands and products they add to their tenant mix.

In Paarl, retail premises situated to the south and north of the town have become increasingly sought after while vacancy has increased in within the central town node.

Conradie explains that the decline of retail in town is mostly due to two factors: it can be difficult to find parking in certain areas and many of the higher LSM customers have been lured away by Paarl Mall.

Commercial developments that are faring best are the newer parks or precincts which offer a safe environment and often the convenience of being mixed-use.

“It offers tenants a modern and secure working environment with quick and easy access to the N1 as well as the access roads connecting Paarl, Stellenbosch, Simondium, Klapmuts, Wellington and Franschhoek.”

Chris Cilliers, CEO and Principal of the Winelands office, concludes: “The commercial market may be slower than in recent years, but it’s by no means stagnating with demand in certain sectors driving ongoing development“.

“We are also seeing a number of smaller developments taking place in Paarl and Wellington as well as extensive plans in the pipeline for new industrial areas in Wellington.”