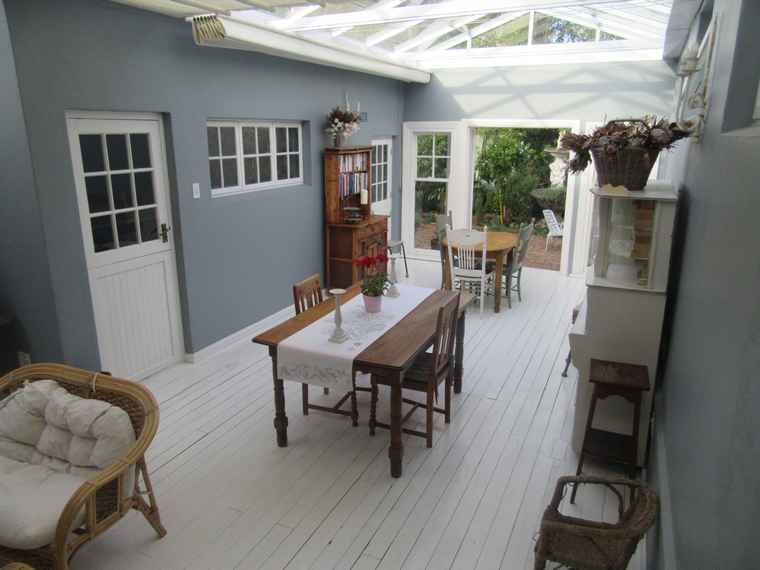 Established in the 1850’s the village of Mowbray’s rich architectural history includes Edwardian gems like this five bedroom home with a glass covered atrium, shade awnings, sash windows, wooden floors and original fireplace. On the market for R4 300 000.

Dating back more than three centuries, South Africa’s oldest city is blessed with a rich architectural heritage and preserving the integrity of Cape Town’s historical buildings for future generations is of incontrovertible importance.

“And, under the Act, ‘no person may alter or demolish any structure or part of a structure which is older than 60 years without a permit issued by the relevant provincial heritage resources authority’.”

However, as we approach the third decade of the 21st century, this now increasingly includes properties with no historical significance and very little character or aesthetic appeal which, by mere virtue of their age, are subject to the same regulations as those with authentic heritage.

Lloyd says that whilst most buyers are aware that heritage properties are subject to restrictions, they often assume that this applies only to period homes with distinct architectural styles, not the generic, run-down but affordable, fixer-upper on which they have their eye.

According to David Dewar, Director of Thomson Wilks Attorneys, Notaries and Conveyancers, the Act does not allow for differentiation and, regardless of historical significance, or lack thereof, the 60-year yardstick is strictly applied unless contrary applications have been made and approved.

Furthermore, he cautions that unauthorised alterations to these properties are likely to have costly consequences which could include restoring the building to the condition in which you bought it.

“Failure to obtain the necessary permission will not only incur standard penalties for alterations without approved plans, but also a second penalty for making unauthorised alterations to a heritage property accompanied by an order to stop any and all building works until the matter is resolved“.

“Cases against developers have lasted more than 10 years with the developer footing the bill for illegal demolitions and we have seen architects being fined over R300,000 in damages as well as receiving five-year suspended sentences“.

“However, bearing in mind that the aim of the Act is preservation rather than the impediment of development, if good cause can be shown, applications can be made to waive the heritage status on properties with no historical value, even as far as obtaining a demolition order.”

Although the acquisition of an older home may seem daunting, Lloyd says that it need not be an overwhelming process.

“In this case, knowledge really is key and expert professional advice is invaluable.”

She explains that, broadly speaking, heritage properties fall into one of three tiers, each with varying restrictions and regulations:

“The higher the tier, the more stringent the rules, so make sure you do your homework and consult experienced professionals, especially if you are considering buying in one of Cape Town’s older suburbs.”

Heritage homes are a common feature in many of the city’s southern suburbs, especially in aspirational nodes like Mowbray and Observatory, says Area Specialist, Tina Malyon.

“These suburbs form part of the renowned academic belt and, being more accessibly priced than neighbouring areas like Rondebosch, property in the area is an affordable investment option with an active rental market fuelled by the proximity of the university“.

“However, savvy investors will also appreciate the unique charm and exceptional investment value of heritage homes like the Edwardian gem in Little Mowbray that we are currently marketing. These properties are definitely the long term winners.”

With so many homes now falling into this category, is there any onus on sellers to declare that their homes fall under the heritage category?

Dewar believes that owning an authentic heritage building is both a privilege and an honour with considerable long-term financial and personal rewards, but cautions that this ownership is not without responsibilities which should be made clear from the outset,

“The heritage status of a property should always form part of an agent’s listing questions, and sellers must always declare this status as it significantly impacts on property’s value, either positively or negatively, depending on the buyer’s purpose“.

“Purchasers should therefore also be aware that, although the rule of “beware the buyer” is softened by the Consumer Protection Act (CPA) for investment properties, it does not apply to the sale of a primary residence“.

“I would always advise a buyer to ask as many questions as they can about the property, such as whether all alterations are on the plans, have any structural defects been repaired and of course, is the house of heritage age.”

“Although not very attractive, these home usually have generous proportions, are unlikely to break the bank and can be upgraded and adapted to suit a family’s changing needs as and when finances and time allow“.

“However, because many of these properties now fall under the Heritage banner, buyers need to approach these purchases with their eyes wide open in order to reap the benefits and not tumble headfirst into the potential pitfalls.”

She concludes: “Each year more and more houses qualify for Heritage status and the City’s case-load grows larger and more cumbersome – a bit like fiscal drag only this is housing drag!”

“If believe that if the council were to consider relaxing the stringent regulations to exclude the characterless homes built in the fifties and sixties, it would significantly lower their case load and expedite plan approval which, currently very slow, is holding up renovators and increasing costs”.