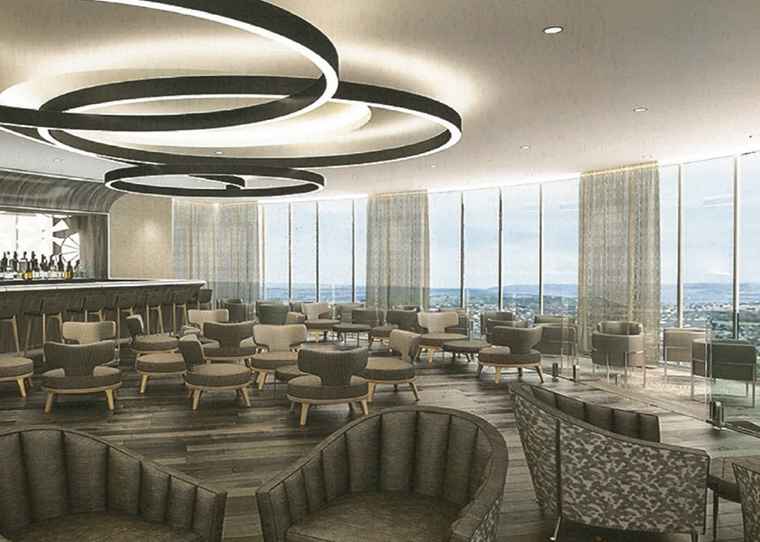 A rendering of the Destiny Hotel & Convention Centre Sky Bar and Lounge.

Efforts to re-industrialise the Ekurhuleni metro were recently announced by the MMC for Finance and Economic Development, Cllr Doctor Xhakaza, with an allocation of R847m to strategic key projects in the area.

The areas set aside by the department include the Airport Precinct, Kempton Park, OR Tambo, Springs Inland Port, Ekurhuleni Business Centre and mixed-use/strategic urban developments such as Greenreef and Riverfields. With OR Tambo International Airport and, more recently, the implementation of the Ekurhuleni Aerotropolis programme also providing key drivers of growth to the region, Kempton Park is primed for significant urban renewal.

The hospitality industry has also been a major contributor to this growth and rejuvenation in the area, most notably in the construction of a further 246-roomed, luxury hotel at Destiny Hotel and Convention Centre in Kempton Park, due to open later this year, and the recent R30 million upgrades at Emporers Palace that will help to service the millions of commuters and local and international conference delegates.

The hospitality industry forms an important foundation for urban renewal, what with the focus on tourism as a significant contributor to local economic activity. Inbound visitors are not only spending money on lodging but also on dining out, recreation, entertainment, shopping and transportation, which contributes enormously to the communities where hotels are located.

Job creation is another key driver – data from Statistics Africa shows that currently tourism employs about 720 000 people directly and a further 1.5 million indirectly, accounting for 4.5 percent of all those employed.  Destiny Hotel & Convention Centre alone will contribute to over 400 jobs in the construction, project management and management of the new hotel.

Local businessman and developer Mr Zamani Letjane says that there is a lot of conversation around future cities – metropolises that are embracing land redevelopment which is attractive to local and international investors, young professionals, and millennials which will be key to economic growth.

The UN has predicted that by 2035, 90% of the world’s population will live in cities.

“Kempton Park is becoming a formidable node for residential, commercial and industrial activity that will ultimately compete with the likes of Sandton, and abroad, following the same trends – my team and I are proud to be a part of this flourishing landscape and will continue in our efforts to uplift and support the area, and our country,” he declares.