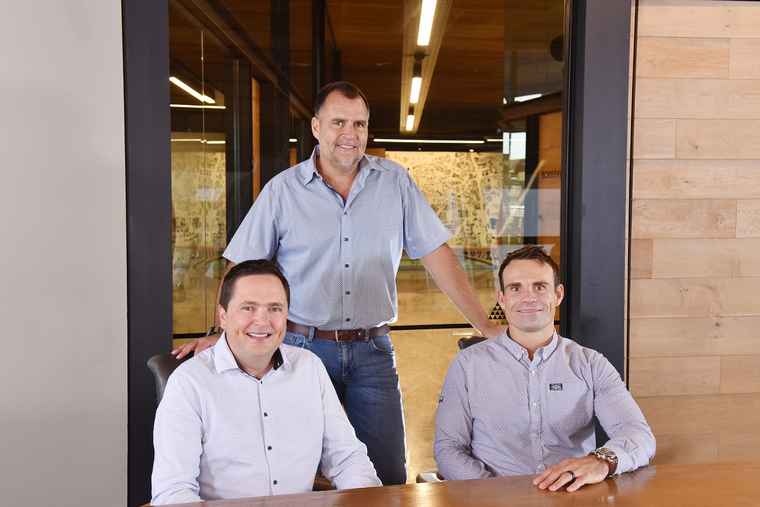 Atterbury has taken the next step in its leadership succession plan in restructuring and realigning its executive management.

Atterbury founded a European business in 2014, effectively managed from the Netherlands by CEO Henk Deist, Armond Boshoff has been appointed CEO of Atterbury (South Africa) after serving fifteen months as Deputy CEO and before that, as Head: Corporate Finance and Treasury at Atterbury Europe. Former CEO Louis van der Watt will become Group CEO. Both appointments are effective from 2019.

Louis will retain a key strategic role in growing Atterbury’s property asset base in Southern Africa and Europe. Commenting on the leadership changes. He says: “We’re thrilled to appoint Armond as CEO. His expertise, business experience and knowledge of Atterbury are invaluable to its future.”

Louis adds, “As Atterbury celebrates its 25th year, we are in a confident position for the future with a strong leadership structure that has been carefully designed to create continuity of management and corporate culture for the future. Atterbury is made up of the best minds in the business with a diverse team of talented people. Our new leadership ensures that Atterbury will remain relevant, successful and sustainable for the next 25 years. “

Armond says, “As co-founder of Atterbury, Louis is integral to our leadership and we will continue to benefit from his vision, vast property experience, dealmaking acumen and business development skills. We will continue to grow Atterbury from the strong foundations that it has established over the past 25 years by building on its legacy of property development that catalyses growth and improvement in the economy and society.”

Over 25 years, Atterbury has developed prime office, industrial, retail, mixed-use and residential property across South Africa, the rest of the African continent and, most recently, in Europe.

2019 marks another busy year for Atterbury, which is set to start three major developments in South Africa including the mixed-use Barlow Park in Sandton, King Air Industrial in Cape Town and Castle Gate in Pretoria, together with celebrating 25 years in business. It will also continue the roll-out of its massive Richmond Industrial Park in Cape Town.

Atterbury has earned a track record of investing in the areas around its offices. It has acquired the historic Cape Dutch manor house La Gratitude on Stellenbosch’s Dorp Street, which it will renovate with meticulous care before relocating its Western Cape offices there.  Around its Pretoria offices, it is linking and merging The Club with The Village to create vibrant Pretoria East Precinct that fosters quality of life in its local neighbourhood.

Through its investment in Divercity Urban Property Fund, Atterbury is excited to play a leading role in the movement back into the country’s CBDs with new, modern, inner-city rejuvenation. Divercity has commenced the major redevelopment of Jewel City in Johannesburg’s CBD and is also forging ahead with the redevelopment and residential conversion of the neighbouring ABSA Towers Main, which transferred to Divercity in the final days of January.

Beyond South Africa’s borders, Atterbury works with like-minded partners in Europe, Namibia and Mauritius to unlock property investment value with its development and asset management skill.

In Europe, its Mall of Cyprus expansion will open this March. The first phase of its landmark Openville mixed-use urban regeneration project in Timisoara, Romania, Atterbury’s biggest project on the continent so far, is set to launch. Closer to home, Atterbury will develop its second shopping centre in Mauritius, in partnership with EnAtt and Ascencia Limited, this time next to the country’s only international airport.