While property sales for 2018 are still working its way through the deeds registration process a preliminary review of the Lightstone Property Forecast of 2018 indicates that the market is ending the year closer to the 2,9% low road scenario, as opposed to the forecasted 3,8%.

Paul-Roux de Kock, Analytics Director at Lightstone, the provider of comprehensive data, analytics and systems on property, explains that the outcome was mainly due to a lower performing GDP rate; a trend de Kock anticipates continuing into this year with house price inflation currently at 3%: “Taking into account current CPI at 4,5%, the mid value segment experienced lacklustre growth, while the luxury market had a disappointing year with negative real price growth.”

De Kock says that realistic local forecasts indicate that the GDP will grow between 0.75% and 1.5%, and CPI will range between 4.0% – 5.5% for 2019. The Lightstone 2019 Residential Property Forecast is developed according to tested scenarios using the before mentioned parameters and fluctuations in the prime lending rate of between -0.5 to 1.0 basis point.

“As can be expected, the first quarter of 2019 will continue on a similar slow downward trend, within the constrained economic environment.”

According to De Kock the country will most likely experience a positive economic turnaround post-election, and certainty on economic policy and property ownership are likely to stimulate positive property market activity.

When analysing the three different scenarios as modeled by data scientists at Lightstone, it is revealed that should the market follow the mid-road scenario, it will end the year in a similar position as 2018.

“On the positive though, should the economy fundamentally strengthen and significantly boost buyer confidence in the market, it could not only end in a high road scenario but has the potential to break through this forecasted percentage.”

The latter scenario was not explicitly modeled during the forecast but is based on intuitive expectations from a healthy performing emerging market economy. 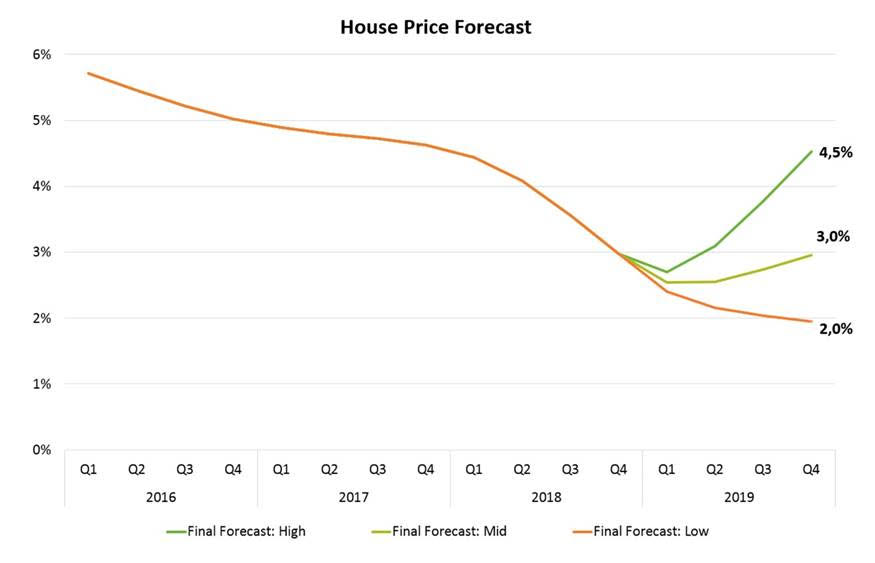 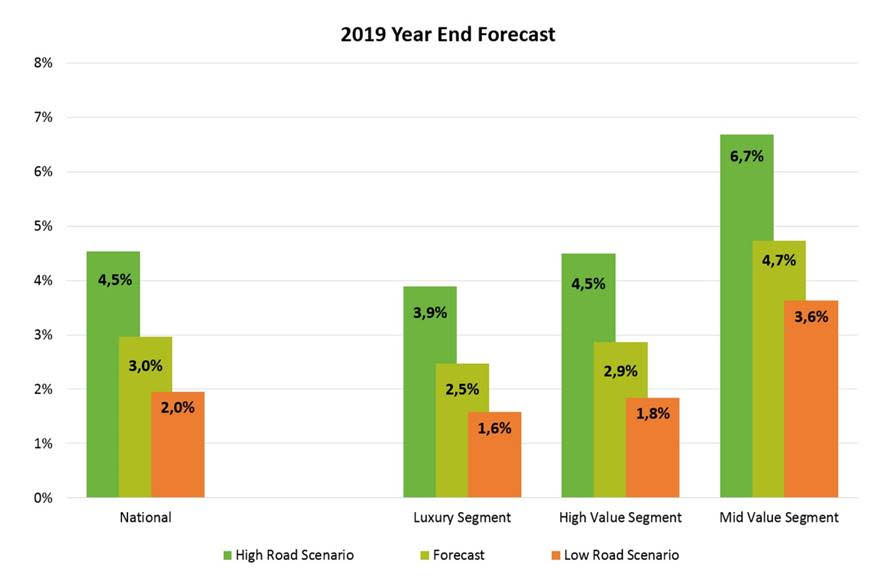 “In the run up to the national elections, uncertainty will most likely increase in the property market as the political and economic environment remains tumultuous,” says De Kock. Specifically in the residential property sector, debates on land reform is expected to continue to influence buyer confidence; however, De Kock highlights that there are early indications in the data that the property industry could still experience a robust recovery in 2019.