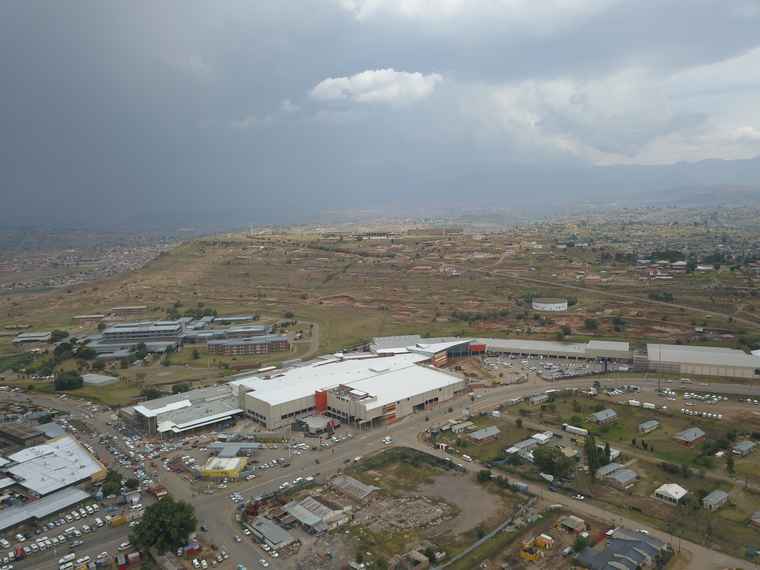 The Maluti Crescent Shopping Centre is set to officially become the largest shopping centre in Phuthaditjhaba in the Free State when it opens on the 21st of March 2019.

Formerly known as Setsing Crescent, Maluti Crescent’s major redevelopment and expansion are being undertaken by Vukile Property Fund. The development team is busy adding the final touches to the project as excitement within Phuthaditjhaba and its surrounding community builds.

Flanagan & Gerard Property Development and Investment oversees the development and leasing with MDS Architecture and contractor Concor Buildings. The redeveloped centre is now 99% let and it is expected to open at 100% let.

The R400 million redevelopment is transforming Maluti Crescent from a strip mall to a state-of-the art modern, enclosed shopping centre. It is adding 13 000 square meters of gross lettable area to the mall by boosting its size to 35 000 square meters. The centre now includes new undercover parking and the first and only structured taxi facility of its kind in the area which opened in November last year.

“We usually find that construction at a centre drives away customers who dislike the disruption. Maluti Crescent is different; rather than staying away, residents of Phuthaditjhaba have been coming to the mall eager to see the construction progress for themselves and doing a bit of shopping at the same time.”

The development team has gone to great lengths to minimise disruption to the existing centre so that the original tenants can trade happily through the construction process.

“Skills transfer through local employment has been the biggest achievement of the project by far. Few projects can achieve a local labour contingent as high as Maluti Crescent’s contracting team,” notes Gerard.

Some 3 160 people have been employed on site since the beginning of the development with 420 people working on site currently.

The redeveloped mall will accommodate the aspirations of a growing number of business people from its community. New local operators Khadim Fashion Boutique, Lesedi Stationers, Alpha Pharm, Dynasty Beauty Boutique, Tom’s Biltong and Afri-Tech will join existing local businesses, trading side by side with some of South Africa’s biggest retail giants including Pick n Pay, SuperSpar, Game and Woolworths.

“We can’t wait to open the new Maluti Crescent on 21 March 2019. The response from its community has already been phenomenal, and we are confident that the upgraded centre will delight its diverse range of customers. It will be a truly modern shopping experience with a higher quality of retail that reflects both retailer and shopper demand,” says Itumeleng Mothibeli, Director of Asset Management at Vukile.