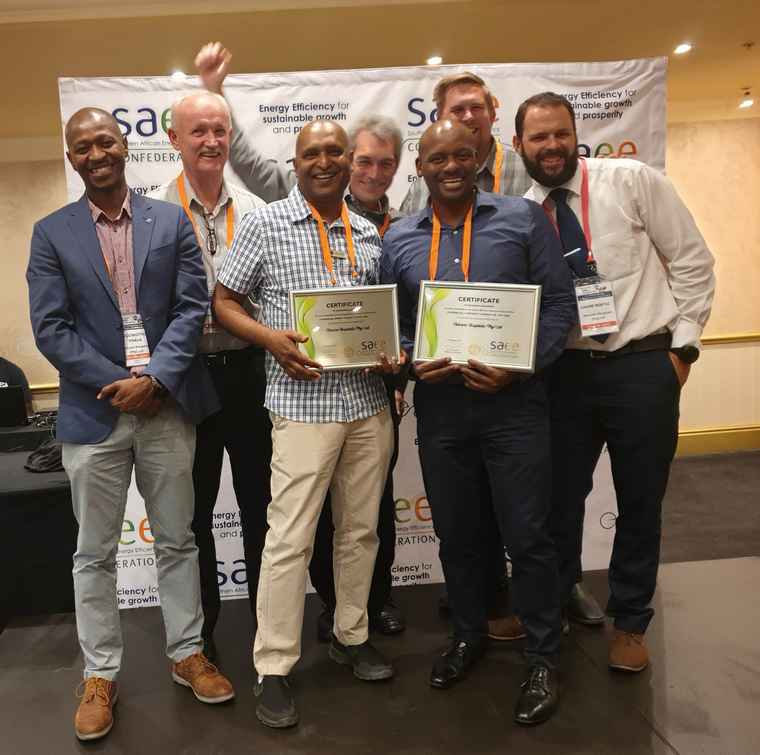 According to the SAEEC, its awards programme has been established to recognise the outstanding accomplishments of individuals and companies who are “shining light” on the important work being done within the energy sector in South Africa.

Dr Richard Friedland, chief executive officer (CEO) of the Netcare Group, says the SAEEC’s Commercial Corporate Company of the Year award was made to Netcare following an evaluation of its sustainability programme, consisting of 63 major energy-saving projects and initiatives implemented across the group’s facilities since 2013. He says that the projects have resulted in the reduction of their carbon footprint by a total of more than 47 000 tons of CO2 [carbon dioxide] per year.

“These projects have included the utilisation of heat pumps and waste heat for generating domestic hot water, the optimisation of HVAC [heating, ventilation, and air conditioning] systems, the implementation of energy efficient building management systems, a major lighting retrofit project and the installation of solar PV [photo voltaic] panels at 53 of our Group’s facilities.”

The SAEEC’s second award to Netcare, Commercial Energy Project of the Year, was for the group’s massive R130 million lighting retrofit project, which involved the replacement of more than 108 000 inefficient lights and light fittings with modern energy efficient alternatives.

This project resulted in energy savings of more than 17 000 000kW/h in the first year of operation, which translated into a 40% saving on Netcare’s lighting load. It also reduced the hospitals’ carbon footprint by more than 16 000 tons of CO2 annually.

“The implementation of our various energy saving projects across our facilities has cumulatively resulted in a significant 17% reduction in energy consumption per hospital bed in use when comparing the baseline year of 2013 to the group’s actual energy consumption in 2017,” Dr Friedland points out.

“Over the past five years, Netcare has placed considerable emphasis on improving energy efficiencies at its facilities throughout South Africa. We are therefore most gratified that the group’s contribution to the energy efficiency sector has been acknowledged by the SAEEC in this way,” comments Dr Friedland.

Dr Friedland has high praise for the group’s environmental sustainability and hospital teams:

“These achievements have very much been a group effort and, in particular, we congratulate the Netcare sustainability team under Johan Durand for their commitment and dedication to the achievement of the group’s challenging environmental goals. We also thank the operational and technical teams and the staff members at all of our facilities for their support of, and contribution to, our various energy efficiency projects.”

“Netcare believes that no company in the world today can afford to ignore the environmental impact of its operations and, as a responsible corporate citizen, we have invested significantly in green technologies and more environmentally friendly and sustainable practises,” notes Dr Friedland.

“Netcare will continue to be committed to environmental sustainability as we believe our efforts are a critical investment in the very future of our communities and country,” he concluded.