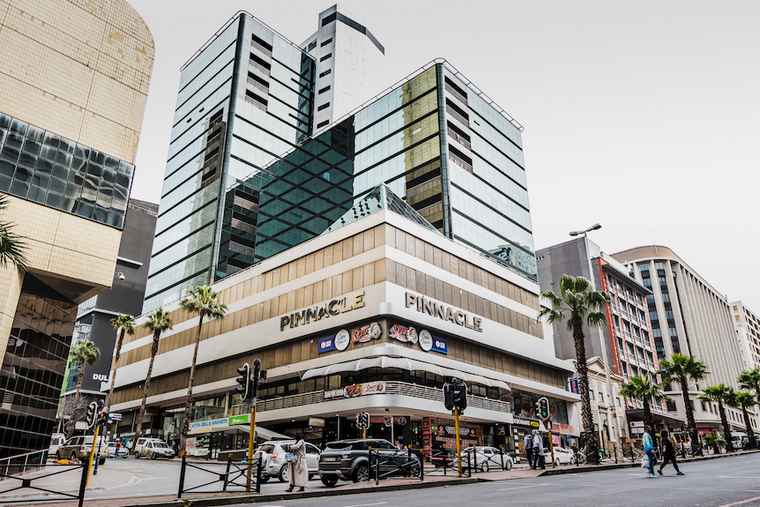 Despite the recent technical recession and a drought which crippled many areas of the Western Cape, foreign tourism rose by 2.4% last year, building on a 12.8% increase in 2016. Domestic travel showed the greatest increase since 2014, rising 4.2% in 2017.

“The odds have been against us, what with a constrained economy, a drought, tourism visa issues and
questions around electricity supply … yet despite this we’ve never before witnessed the levels of interest we’re seeing right now from international and local operators wanting to expand or launch into, specifically, Cape Town, with the CBD being high in demand.”

Cape Town was named the World’s Leading Festival and Events Destination at the 2018 World Travel Awards in Lisbon and the International Congress and Convention Association ranked the Mother City as the best business tourism city in Africa. Demand for hotels in Cape Town has grown exponentially since 2012. Between 2012 and 2017, the occupancy and average daily rate (of the Cape Town market as a whole grew at a compounded annual
growth rate of 3% and 10.7% respectively.

“Cape Town’s current hotel offering covers a broad variety of markets, including corporate, government, leisure and conferencing/ groups, so we’re trying to encourage developers to cater for several of these groupings as a means of limiting their risk,” says Troughton. “Of course, there are great cost savings for operators already established in the city, as you can synergise certain functions, such as the outsourcing of laundry or staff functions such as financial controller, between your various properties.”

Although the Waterfront remains the number-one area of demand for development, the Foreshore is witnessing unprecedented interest. The expansion of the Cape Town International Convention Centre, along with the opening of the new Netcare Christiaan Barnard Memorial Hospital, has triggered further developments: The Onyx, a new apartment-style residential hotel, a 200-room Cape Town Marriott Hotel Foreshore and a 150-room Residence Inn by Marriott Cape Town Foreshore, both of which will be built at the Harbour Arch.

“Experience has shown that once redundant inner-city buildings are brought back to their former glory and turned into stunning design-led hotels, much like what ACE Hotels are doing in London’s Shoreditch or SOHO House in Manhattan’s Meat Packing District, those areas begin to attract a whole new tourism market, and one that’s far more appreciative of design, culture, art, fashion, architecture and so on. Cape Town’s Strand Street, St George’s Mall and the East City Precinct offer that.”

Strand Street is witnessing another wave of urban revival, with the iconic Pinnacle Building, previously home to Cape Town Tourism, undergoing redevelopment by Investicore and evoking significant interest from both residential and commercial investors.

Troughton says, “Many developers are waiting to see what will transpire post next year’s elections before making their first big move. Given that the development pipeline is somewhat small at the moment, we expect this to tick upwards within the next two to three years, typical of a usual development cycle for any hotel property – but it warrants serious consideration now, as ideally you want to open your property prior to peak season, giving you time to settle in and adjust accordingly before working towards running optimally.”

For any hotel development to successfully launch, it’s critical that a strong project team is in place. Troughton recommends that a market and financial feasibility study is undertaken to ensure that the chosen concept and location will deliver on the investor’s needs. A development team – architect, project managers and quantity surveyors, specifically with hotel experience – then needs to ensure that the development comes in on time and within budget. If not operating the hotel themselves, Troughton suggests that the developer seeks out an operator with extensive experience in reaching both local and international markets and offering either an excellent, proven product.