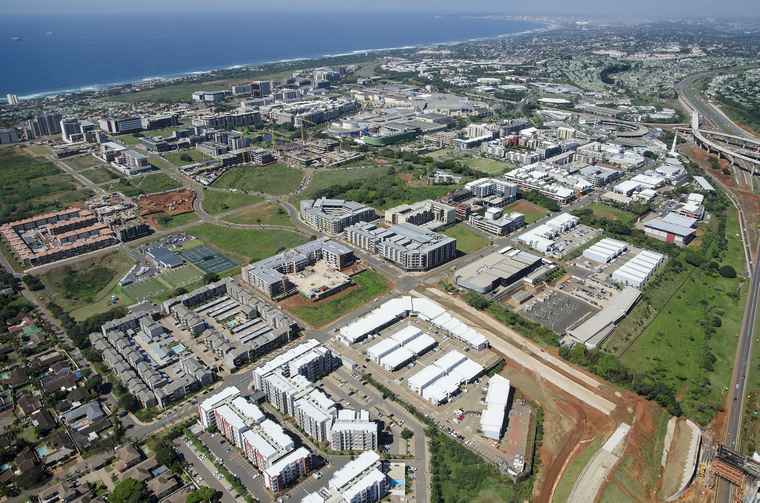 Currently, there is a lot of hype about Durban’s emerging aerotropolis, mooted to spearhead significant economic and social transformation in KwaZulu-Natal.

What exactly is an aerotropolis and what would the benefits to the province be?

An aerotropolis is a strategic, planned spatial and institutional intervention to improve connectivity around an international airport for trade, passengers, workers and residents and to drive spatial, social and economic transformation that enhances efficiencies, productivity and sustainability.

“Globalization, along with the need for speed, will continue to attract modern aviation-oriented business investment to airport areas. This will challenge cities and metropolitan regions to effectively plan their aerotropolises in order to bring about the greatest positive returns to the airport, its users, businesses, surrounding communities, and the larger region the airport serves.”

Anchored by the King Shaka International Airport, the 32 000 hectare Durban Aerotropolis will be a special economic zone which forms the heart of Africa’s first purpose-planned, greenfields aerotropolis. Led by the KZN Department of Economic Development, Tourism and Environmental Affairs in conjunction with eThekwini Municipality and private
landowners such as Tongaat Hulett, the freight-orientated development will be a premier business and trade-hub located strategically between the ports of Durban, KwaZulu-Natal’s biggest city, and Richards Bay. As a blank canvas, it will give developers and investors the opportunity to work from global spatial development best practice to enhance connectivity and efficiency and to create a space that will positively impact local communities and simultaneously attract investment and stimulate economic growth. Activity is already on the increase with cargo outputs reaching a high of 1,6million tons in September 2017.

Commercial passengers are increasing steadily at the Airport amplified with British Airways announcing their first direct flight between KSIA and London Heathrow – a significant milestone for the airport and the province. Several vital surrounding residential and commercial developments will support the Aerotropolis with housing and social facilities to create an integrated system where businesses and workers will mutually benefit.

The Durban Aerotropolis Master Plan constructs a development framework for the anticipated growth in this premier airport precinct. The airport region is expected to ultimately deliver 750 000 permanent jobs and 42 million square metres of business development while accommodating 1,5 million residents. The estimated investment potential is a whopping R1 trillion. The master plan also envisages a 50-year growth plan scenario of between 3% GDP growth per annum and a goal of 6% GDP growth per annum. The plan is firmly rooted in a transformative agenda and focuses on achieving three fundamental pillars of transformation.

Tongaat Hulett Managing Director Michael Deighton says, “The emerging aerotropolis will stimulate social, spatial and economic transformation in the province while at the same time localise the benefits of global trends through a robust but flexible master plan framework.”

Six key investment sectors have been identified to cluster investment, leverage synergies and exploit airfreight and other local advantages of the aerotropolis. These include advanced manufacturing, health and pharmaceuticals, aviation and aerospace, tourism, agriculture and agri-processing, and electronics and electrical components. Deighton says, “The aerotropolis platform will propel these industries forward by attracting development and investment opportunities in a favourable spatial, social and economic environment.”

eThekwini Municipality’s much-awaited flagship GO!Durban public transport system, set to be launched in the latter half of 2018, will ultimately link the greater Durban city centre to the airport region further reinforcing its improving connectivity.

Working closely with the local authorities and stakeholders Tongaat Hulett have identified several key opportunities that will support the aerotropolis. These new development opportunities will purposefully plug into the objectives of the master plan to maximise growth, integration and transformation. Tongaat Hulett’s development portfolio for the region will include next generation urban amenities, multi-modal logistics platforms, business parks and a wide range of residential opportunities including quality affordable housing.

Cosmas Hamadziripi, the economist spearheading the project for EDTEA says, “With early initiatives moving into the implementation phase, new opportunities for coordinated developmental partnerships are arising and it is satisfying to see the development progressing considering the significant benefits it will have for KwaZulu-Natal.”