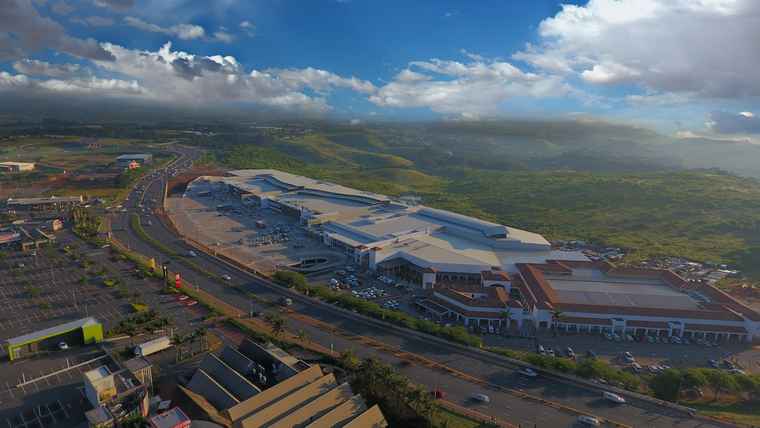 An aerial image of Ballito Junction.

Ballito Junction Regional Mall is situated on the KwaZulu-Natal Dolphin Coast; a major expansion of an existing 10 000 square meter shopping centre. It was expanded to eight times its original size to offer an impressive 80 000 square meters of world-class shopping. The mall is owned and developed by the investment consortium of Menlyn Maine Investment Holdings and Flangan & Gerard Property Development & Investment.

The mall’s innovative design was created by multi-award winning MDS Architecture. Sean Pearce at MDS Architecture headed the project and he accepted the honor on behalf of the mall at a glittering gala awards dinner hosted by SAPOA.

“Ballito Junction was designed to provide a shopping experience of distinction to its community and regional shoppers, however we are also incredibly proud that it has been recognised for its excellence by its industry peers. The prestigious SAPOA award is a highly coveted accomplishment for retail development in the South Africa property industry. It reinforces the esteemed Retail Design and Development Award that Ballito Junction received from the South African Council of Shopping Centres in 2017 for being the country’s top new retail development. These awards are a testament to the professional excellence of everyone involved in Ballito Junction’s development” commented CEO of Ballito Junction Regional Mall, Geraldine Jorgensen.

Since opening on the 23 March 2017, with six anchor retailers and a diverse mix of over 200 shops, restaurants, and services, Ballito Junction has quickly become the darling of shoppers from the Dolphin Coast but also from Durban and beyond. Twelve million people spent nearly R2 billion at Ballito Junction Regional Mall during its first year, and its popularity has set it on an impressive trajectory of out performance.