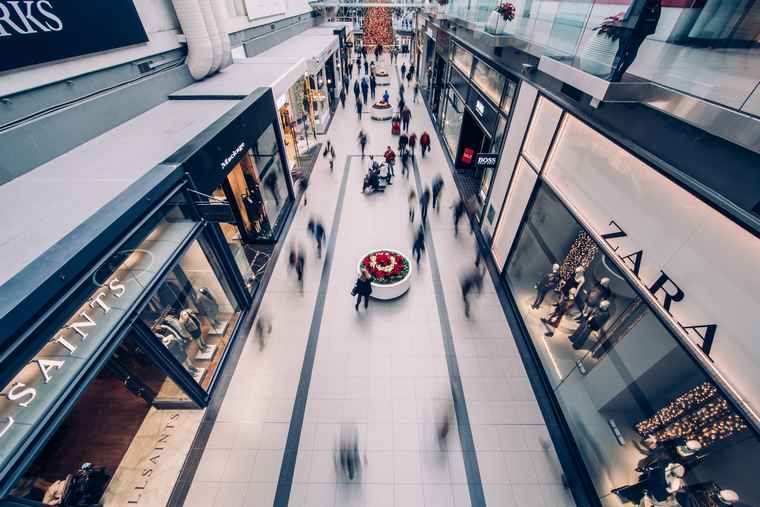 There was concern that online shopping would be the beginning of the end for retail centres. There is no doubt that eCommerce is growing but brick and mortar stores will not die out as a result of this.

According to a report released last year by Visa, shopping centres are preferred by South African consumers. Online shopping is relatively new and South Africa’s total online sales in 2016 were estimated at R9 billion – only 1% of total retail sales.

South Africa’s online spending is forecasted to grow to over R53 billion in 2018.

“We are seeing the rise of fresh concept stores and innovative and enthralling success stories of physical stores. We have also seen an influx of international brands-providing a plethora of choices for consumers.”

“Not all shopping malls are created equally, and many struggle due to reasons such as an evolving community with changing needs, and failure to adapt the tenant mix accordingly; lack of access to public transport; and outdated or crumbling infrastructure. These are just a few examples why one may find a shopping centre with many vacancies, but a well-run centre which is servicing its surrounding community effectively with a fresh tenant mix is not going anywhere – and one can see this for yourself by visiting shopping centres near you,” says Paul.

Public transport and the demise of the parking garage

The topic of access to public transport as a force shaping commercial real estate brings one to the trend of millennials choosing to not own cars and to rather use public transport, bicycles and service providers such as Uber.

“Internationally more urbanites are gradually turning against the car – and as such turning against the congestion and against parking – and the vast amount of space taken up in urban centres by parking garages and lots. Some buildings are even being built in cities that have no parking available whatsoever,” says Paul. “As much as 56% of New York households don’t own a car.”

“The micro-living trend, which has recently arrived in South Africa, sees more people being able to live and work in the CBD, allowing them to commute to work with public transport and not requiring cars. The Western Cape Department of Transport already encourages carpooling to reduce carbon emissions and congestion. Coupled with this is an encouragement from provincial government for employers to allow their employees to work flexi-time, and a growing work force that works remotely, not needing to also add their vehicle to the already gridlocked roads.”

“We believe that South Africa will lag behind in this trend towards the phasing out of parking for some time but eventually we will catch up with international cities, which are doing away with the need for so much parking. This in turn will open up a myriad of possibilities as landlords re-purpose and redevelop what was previously designated parking into innovative new urban spaces,” concludes Paul.