Property remains one of the oldest and most popular investments globally, and property forecasters have recently mentioned that the biggest deterrents for buyers are not only the economy, but having confidence in the location of the property. Lightstone provides analysis to evaluate trends and segmentation within the property sector.

Lightstone’s analysis includes the data of 7 900 000 registered properties across South Africa; 6 500 000 of which are residential properties valued at R5 000 000 000 000 (R 5 trillion). Freehold properties make up the biggest portion of this figure with 69,7%, with estates following second with 15,5% and sectional title with 14,8%. Estates consist of a much higher proportion of total value vs. volume as these properties are on average, valued at three times more than normal freehold properties. 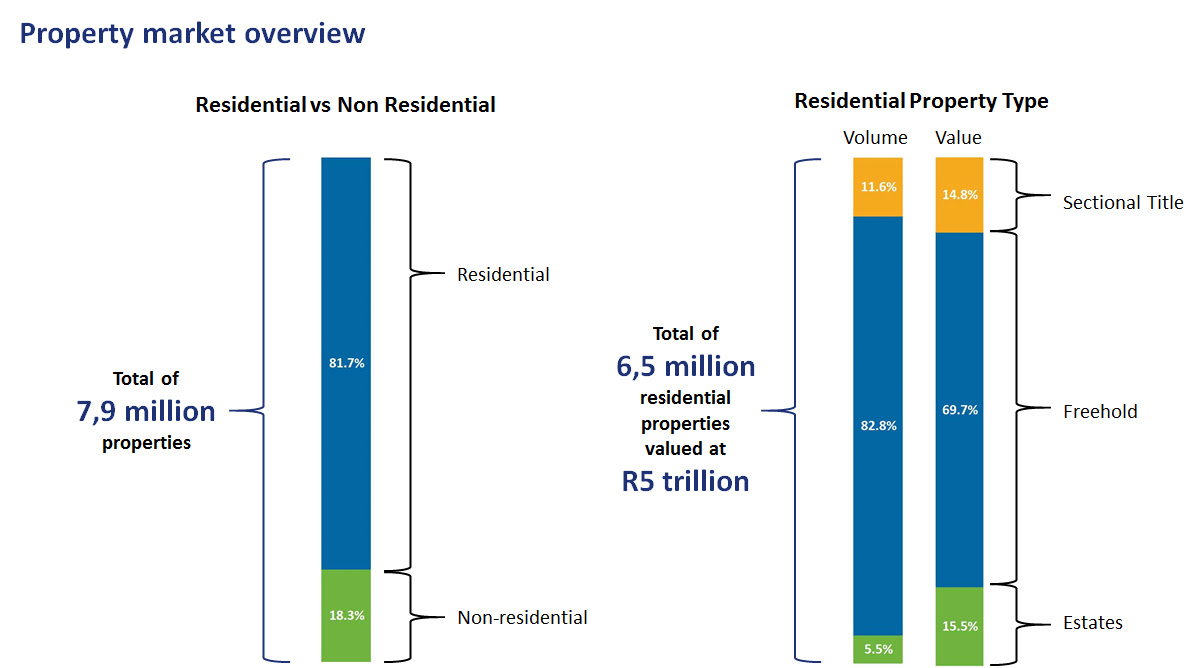 It’s no surprise given that even though Gauteng is the smallest province, it is home to the biggest portion of total properties in both value and volume, Western Cape comes in at number two and Kwazulu-Natal at number three. Gauteng and Western Cape include more than half of all number of properties (6 400 000) and two thirds of the total value (4 700 000 000 000). As the biggest province, the Northern Cape is still the least developed residential province with less than 1, 3% of the total value of residential properties. 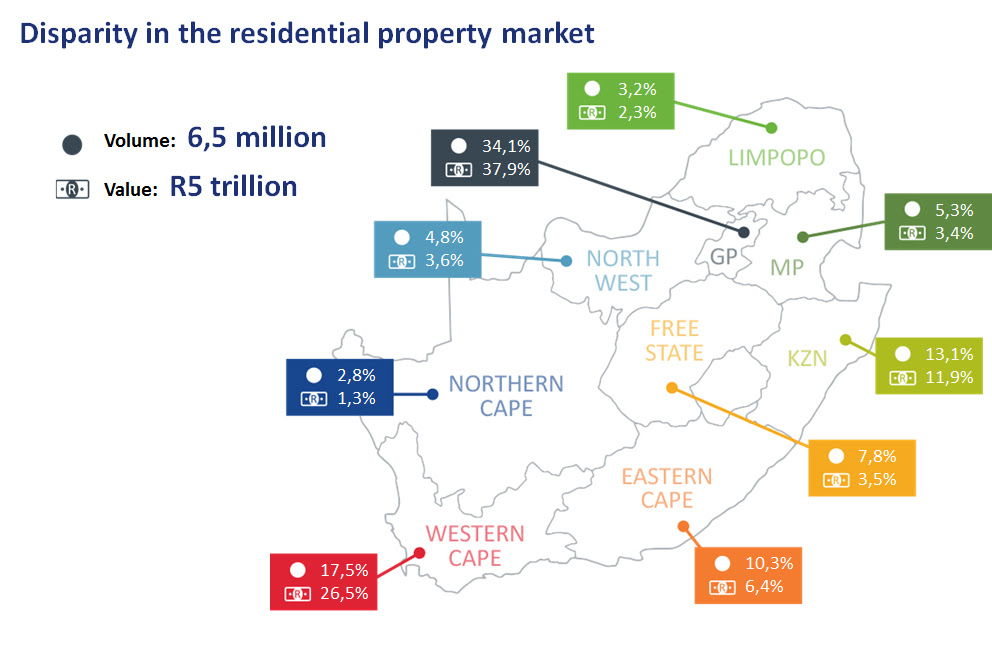 Like Johannesburg, Cape Town has a much larger proportion of properties in the upper value band with almost one third of properties worth over R 1 500 000. The increased property growth in Cape Town can be attributed to the migration of Gauteng residents and the landlocked nature of the city. Sectors like the interior Atlantic Sea Board and Southern Suburbs have sustained growth of very high valued properties. 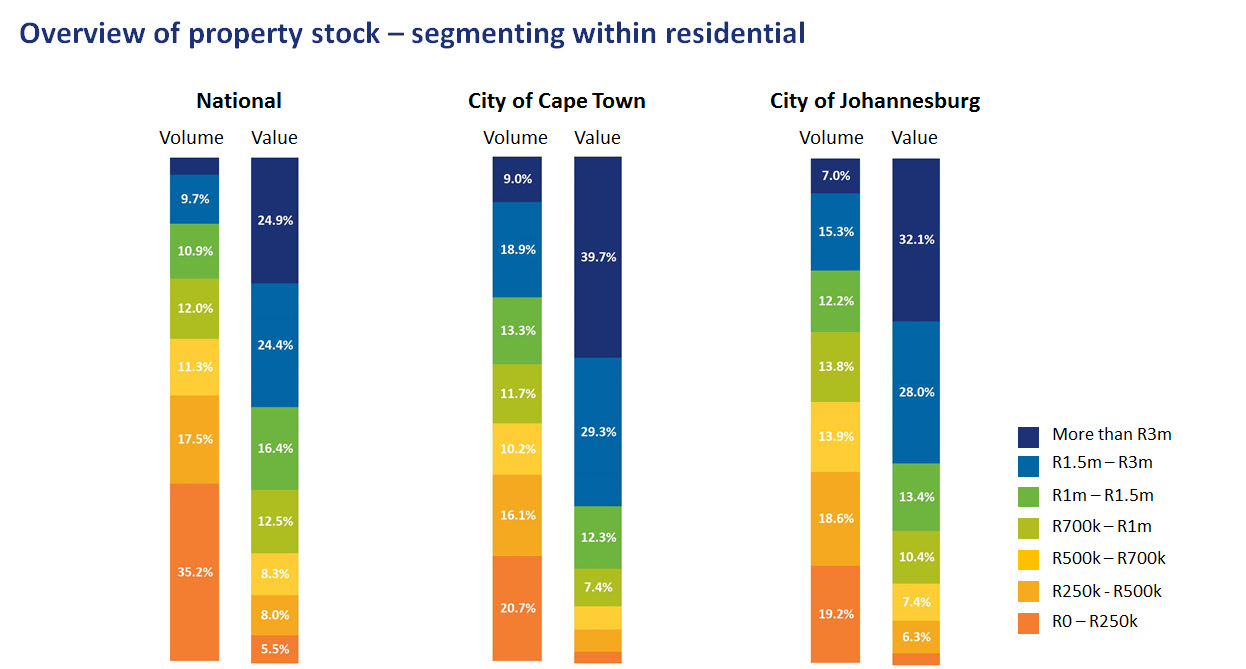 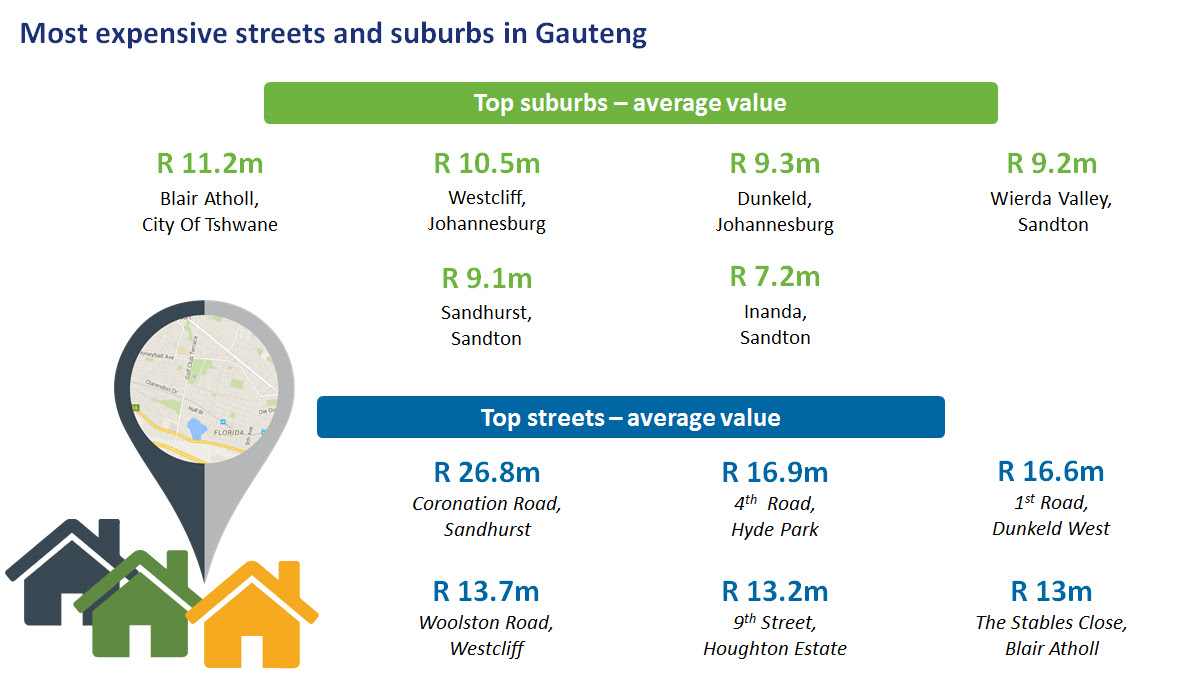 Analysing estates in Gauteng shows the highest median value at Clouds End in Sandton and the highest inflation at Willow Grove in Witkoppen.

When comparing the average age of buyers in the top ten suburbs offering the highest number of first time buyers, it is encouraging to see that Soshanguve South and Protea Glen have the most growth. The age of buyers in Gauteng are between the ages 18 – 55 which shows us that the younger working class is investing in property.

Cape Town shows its biggest growth in property buyers over the age of 55 – 65 as well as 65 and older indicating that an older generation is looking to establish themselves in this province for what we can assume to be for retirement. 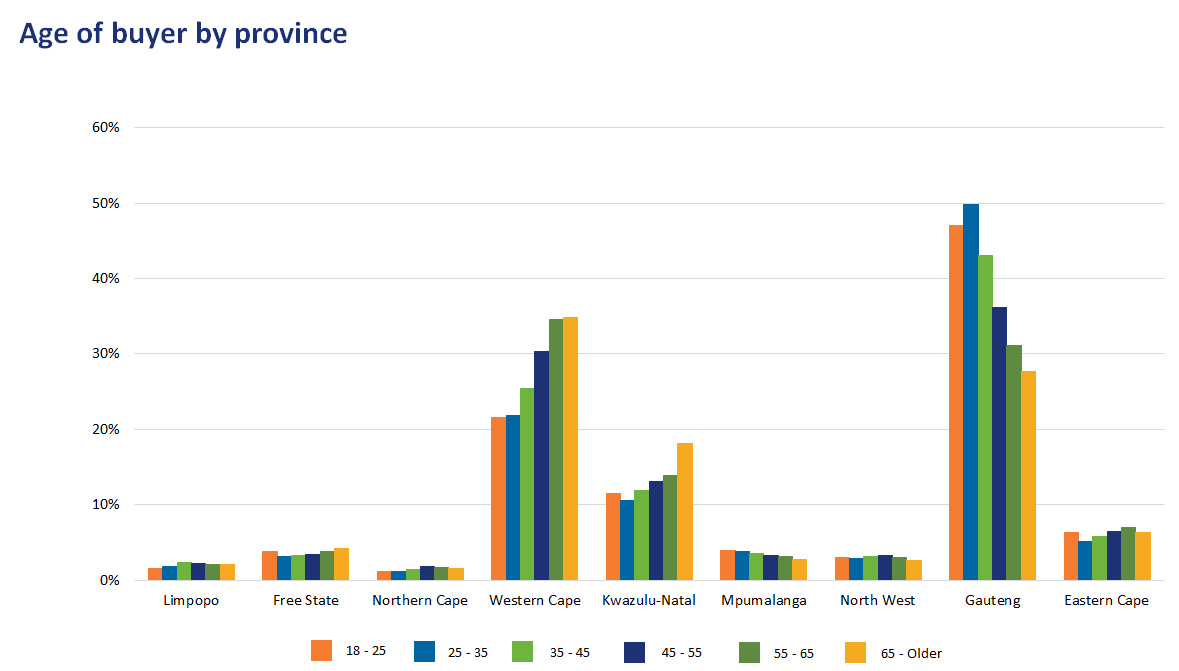 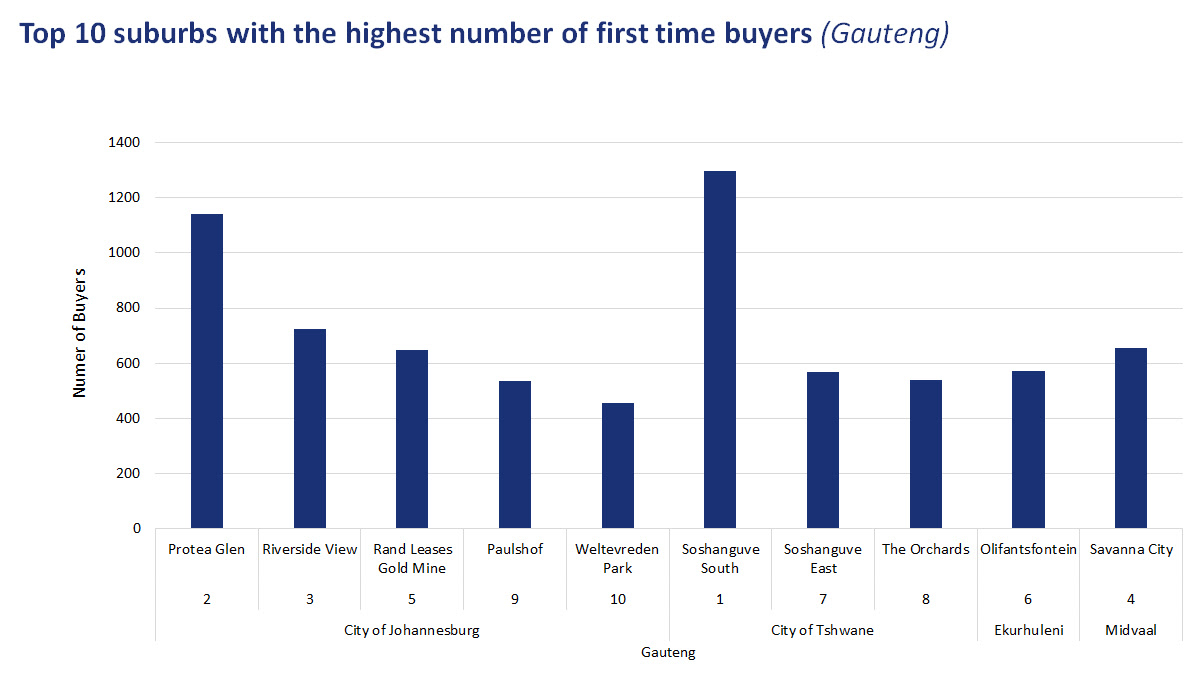