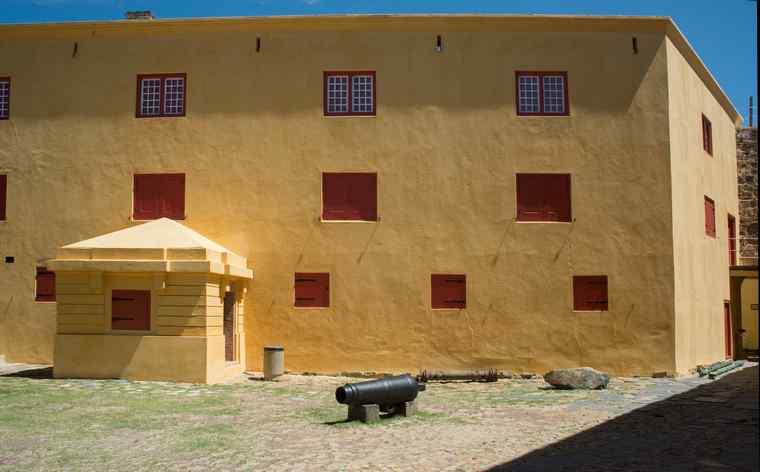 Repairs and maintenance to the Castle of Good Hope have recently been being carried out by specialists in the construction, renovation and recycling of buildings, GVK-Siya Zama. These renovations were done under the expert eye of award-winning architect Dr Gabriel Fagan and his wife Dr Gwen Fagan and with the help of Martine Robinson, a long standing staff member. The couple has been involved with the restoration of the Castle and subsequent repair projects since 1968 – making overseeing the preservation of South Africa’s oldest building their lives’ work.

GVK-Siya Zama Project Manager Rupert Rademan says, “The way the team from Gabriel Fagan Architects have communicated the repair and maintenance scope of work to us has been amazing. They share their knowledge and years of research, taking the time to explain the history behind each room we renovate. The Fagans have challenged us to work with materials and methodologies not commonly used in the last 100 years and are well equipped to answer any questions raised by our construction team. Their expertise has enabled us to ensure that all that the history is perfectly captured throughout the building.”

Of working with GVK-Siya Zama, Gwen states, “The members of the team are doing fantastic work. They are handling the intricate repairs as well as the preservation of historical elements very well.” She hopes that the Castle will be maintained for future generations to enjoy.

Gabriel’s career spans more than six decades. Gwen, who was originally a medical doctor, changed professions and joined her husband’s architectural firm in 1969 as a historical researcher and landscape planner. In 1995, she received her PhD in landscape architecture. Between the two of them, the nonagenarians have three honorary doctorates.

According to Gabriel, “The conservation of a citadel like the Castle is a creative process involving the overwhelming responsibility of intervening in a prime historical artefact.”

Regarding the restoration procedures that have taken place over the years, he explains that it was essential for the building to first be assessed for its cultural, architectural and social value. Its rarity value also had to be judged by comparing it with similar buildings both nationally and internationally. This saw the Fagans visiting Mauritius, the Seychelles and Sri Lanka where the history of the fortifications matched that at the Cape.

The building was then examined for further clues to its history. This included an examination of the walls, roofs and ceiling to assess the safety and value of existing structures. The doors, windows and 87 different fireplaces were also measured and recorded to produce accurate plans and schedules.

With numerous additions having been made to the building over the past three centuries, the Fagans were challenged with the decision of what to remove and what to retain. Items that were demolished included a toilet block in the inner courtyard dating back to the Second World War, derelict saw-tooth buildings used for storage and parking together with a fig tree that almost obscured the famous Castle bell tower and was swallowing historic sentry boxes and blocking the sewers in the front courtyard.

Some elements had to be recreated. For instance, the piers on the gateway leading to the Castle entrance were crowned by lions, with an arched lamp support between them. However, a collapsing flagpole brought the whole lot down, with the lions shattering into small fragments. The remains were boxed to avoid further damage and shipped, along with the pier capitals, to a special workshop where efforts were made to determine the origin of the clay. Specialist Restorer, Jan Corewijn, reassembled the lions, made models and recast them. Today they rest safely in the Castle’s museum whilst replicas recline on the piers at the entrance.

Additionally, the gable on the inner side of the entrance, built by Governor Simon van der Stel in 1684, was struck and severely cracked by a lightning bolt. Gawie visited the Earl of Balcarras in Scotland to inspect the notebooks of former Castle resident, Lady Anne Barnard. A panorama done by her in the late 18th century clearly showed the figures of the gods Neptune and Mercury upon the gable. These were reconstructed and the surfaces painted as Lady Anne had depicted them. A similar procedure was undertaken to restore the weather vane above the bell tower which today, with its gold leaf paint, glints now and again in the sun.

During the course of the repair work, a number of hidden historical and architectural treasures were uncovered. Amongst these were a kitchen in the curtain wall between the Leerdam and Buuren bastions, paintings on interior walls, the Dolphin Pool with its fountain and surrounding balustrade and pillars.

Most of the work on the Castle has consisted of the stabilisation of the original structure which had deteriorated as a result of years of neglect.

One of the most challenging aspects of the repair process has been the refurbishment of the moat which had been filled and turned into a garden early in the 20th century. “Having seen the beautiful moat around the Dutch fort at Jaffna in Sri Lanka, we persuaded the Department of Public Works to restore the Castle moat,” says Gabriel. Archaeologists were called in to identify the original stone walls. Mountain water, which originally filled the moat but was then flowing into the sea, was diverted from the Capel Sloot (a narrow water channel constructed for irrigation) under Darling Street and is now used to irrigate the plants on the banks. In addition, specific vegetation was planted to keep the water clean and, with advice from the Department of Fisheries, fish were added. “This worked so well that the moat has become an asset to Cape Town,” shares Gabriel.

Another difficulty encountered was the installation of modern requirements, such as the establishment of access points for wheelchair-bound visitors, without impacting on the sensitive environment.

“There are many reasons why we refurbish, recycle or restore old buildings, ranging from economics to simple nostalgia or in the case of the Castle, severe structural deterioration. However, in the long run, the greatest value of old buildings for all of us is that we can identify ourselves through the continuous thread of our communal culture with previous generations and so by better understanding them, reaffirm our own values,” concludes Gabriel.

Some pictures of the work undertaken at the Castle can be seen in the slideshow below. 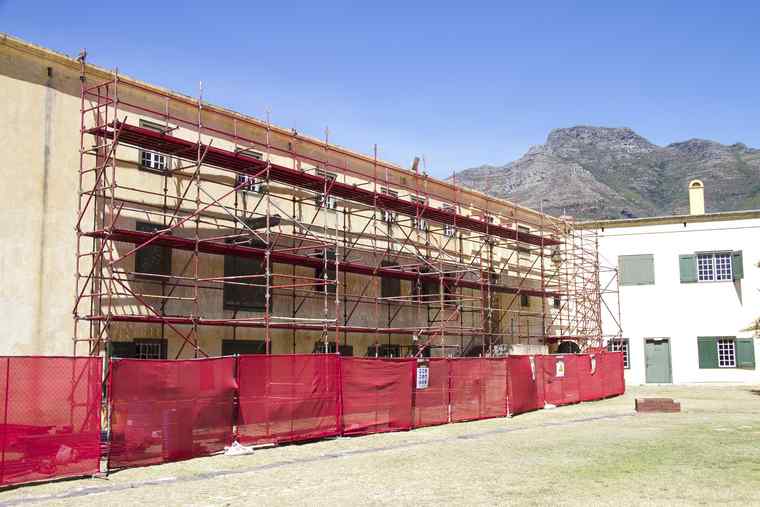 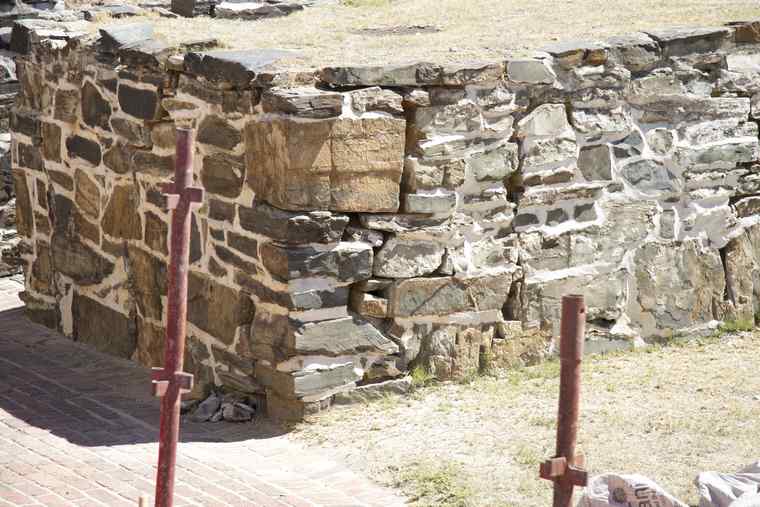 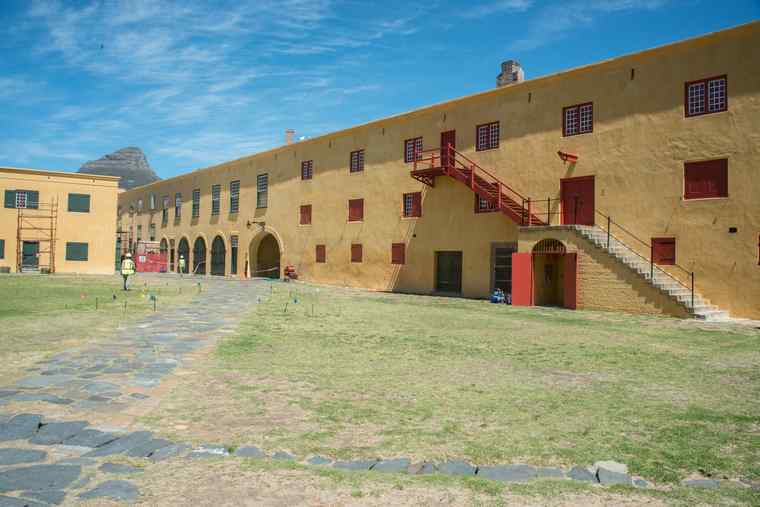 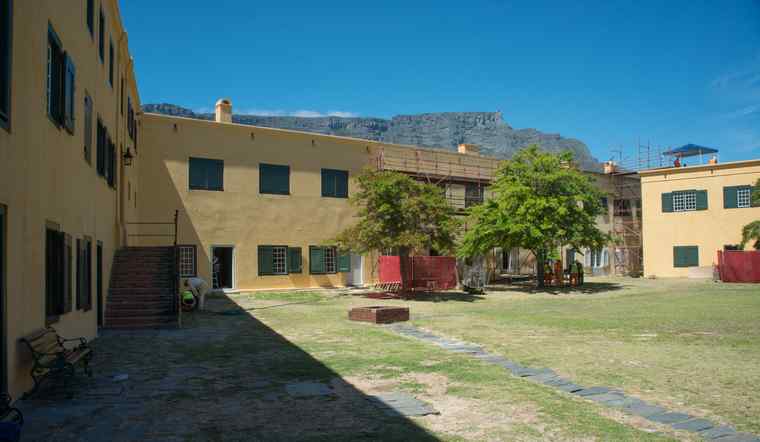 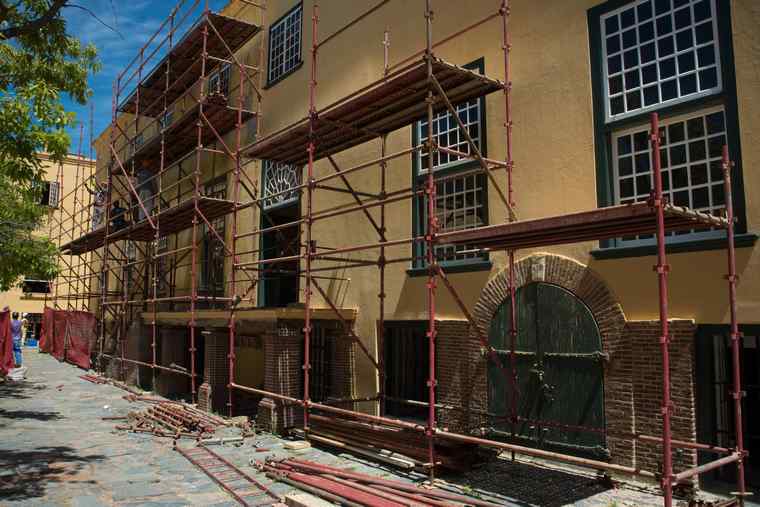 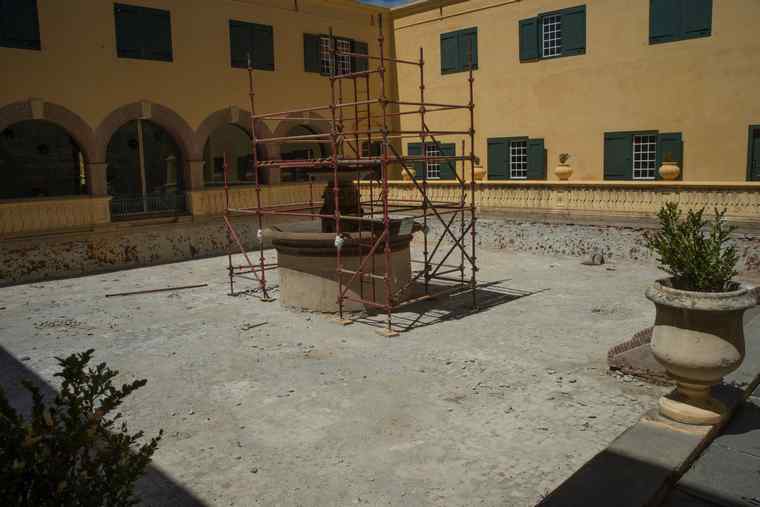 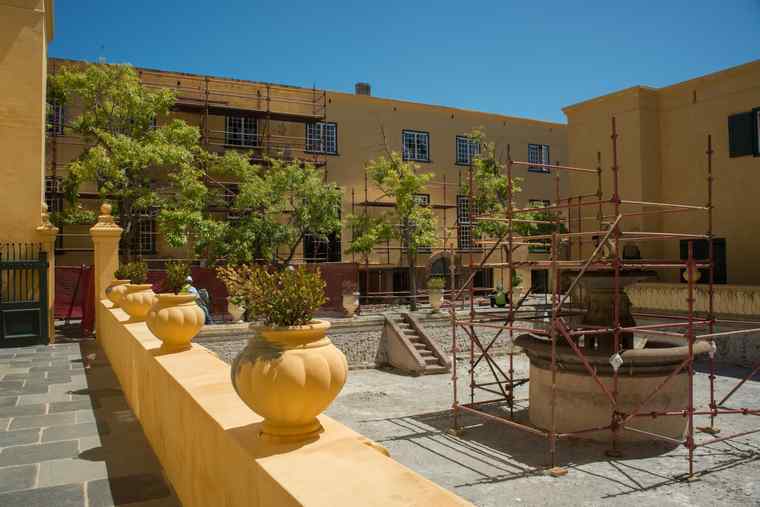 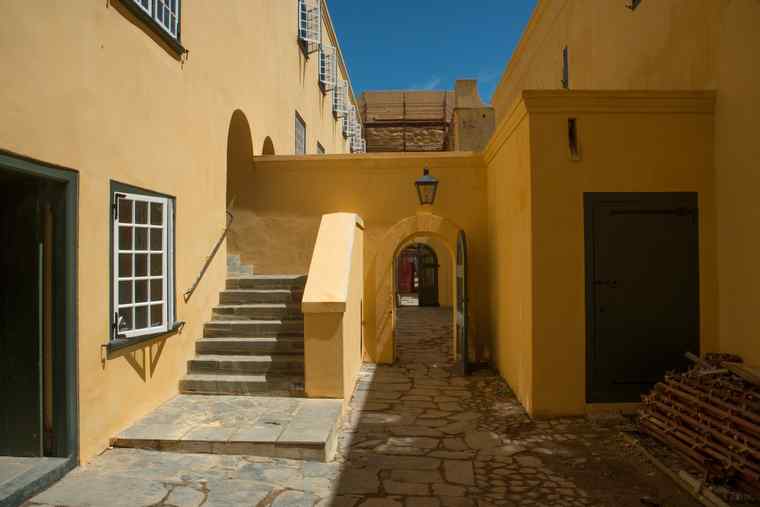 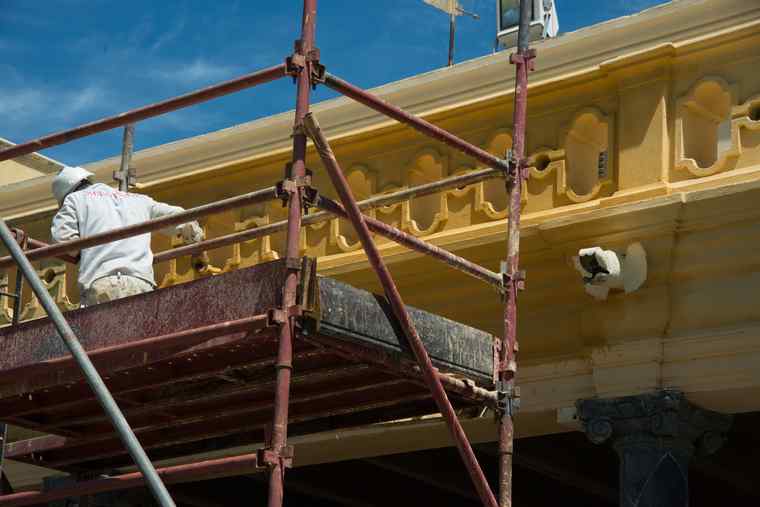 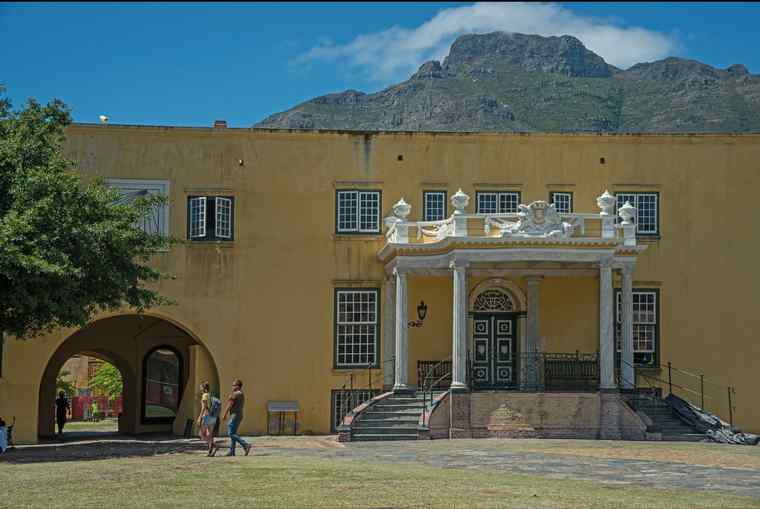 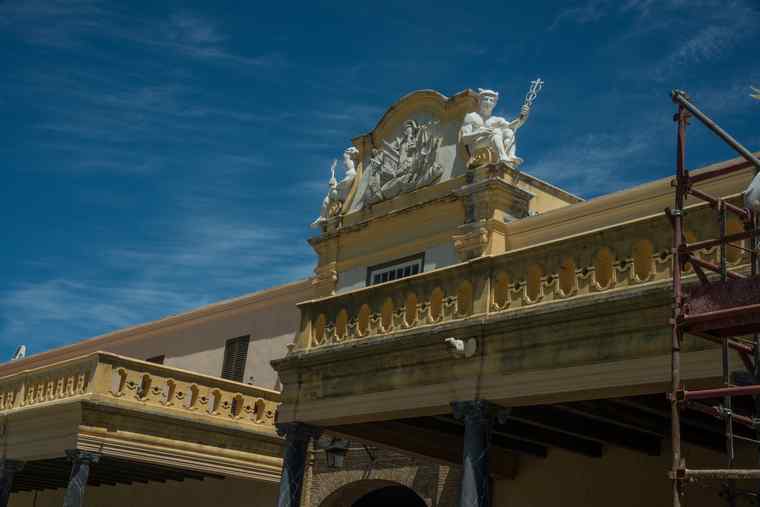 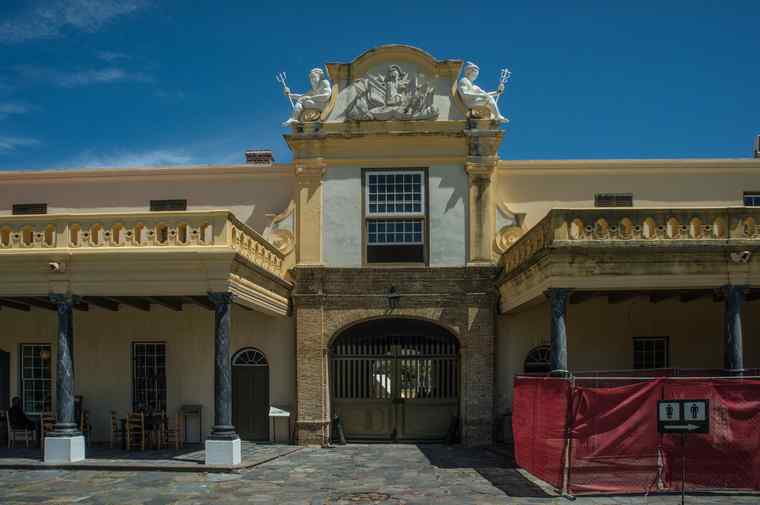 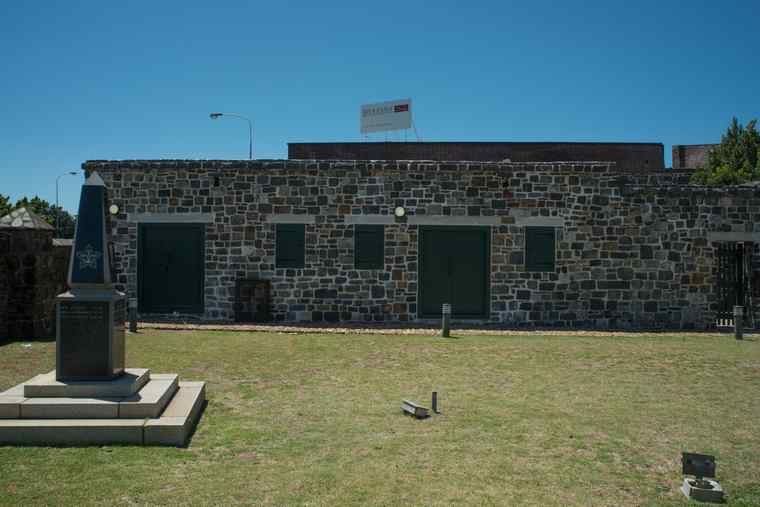 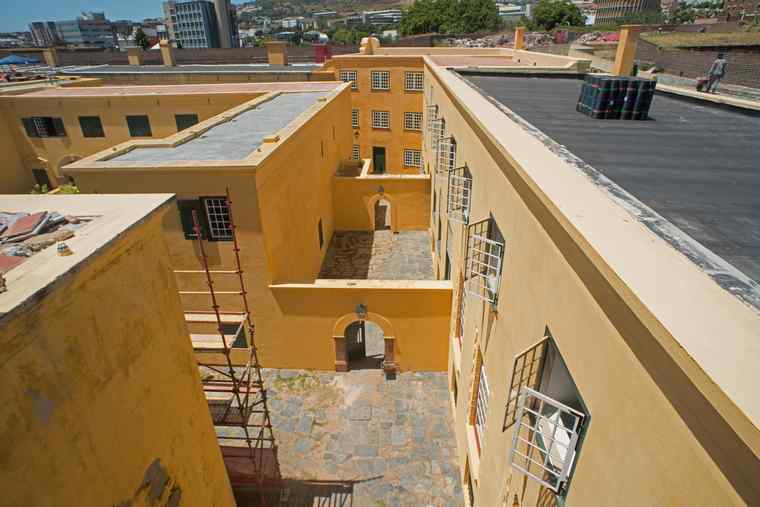 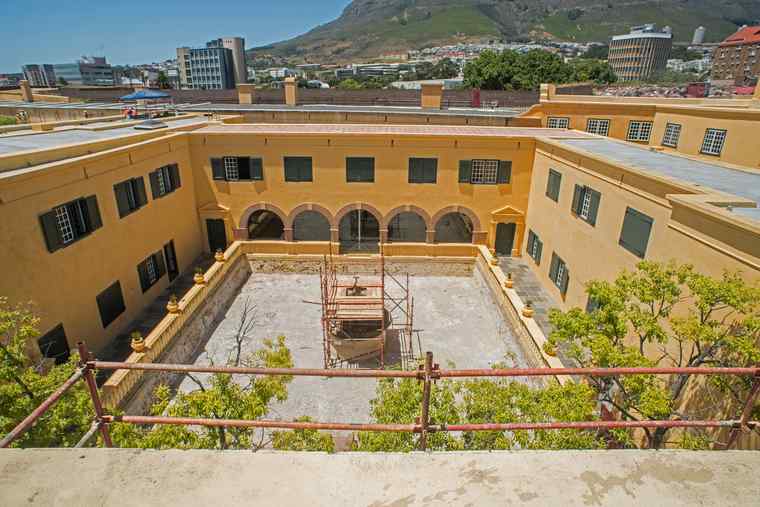 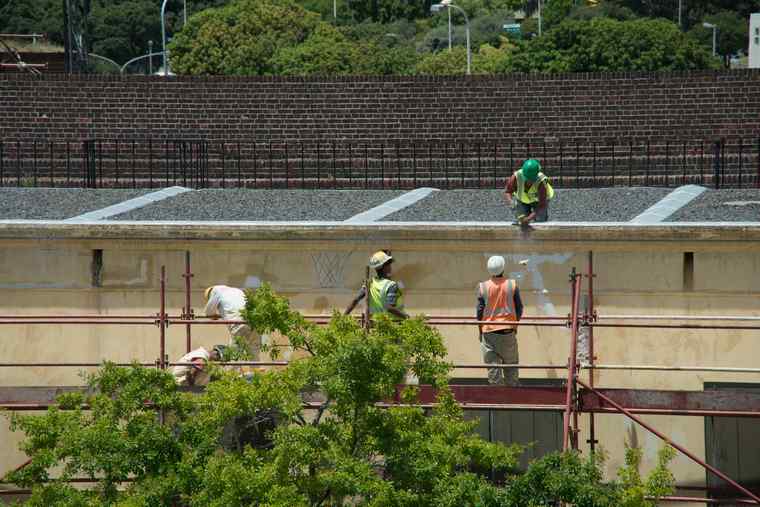 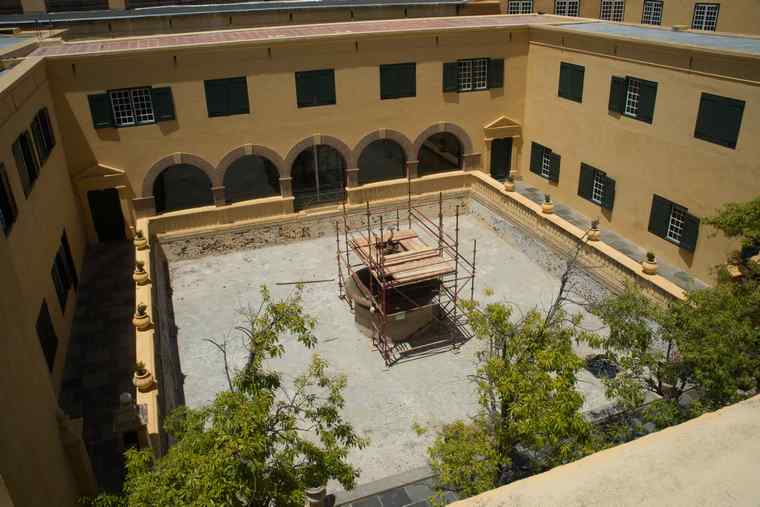 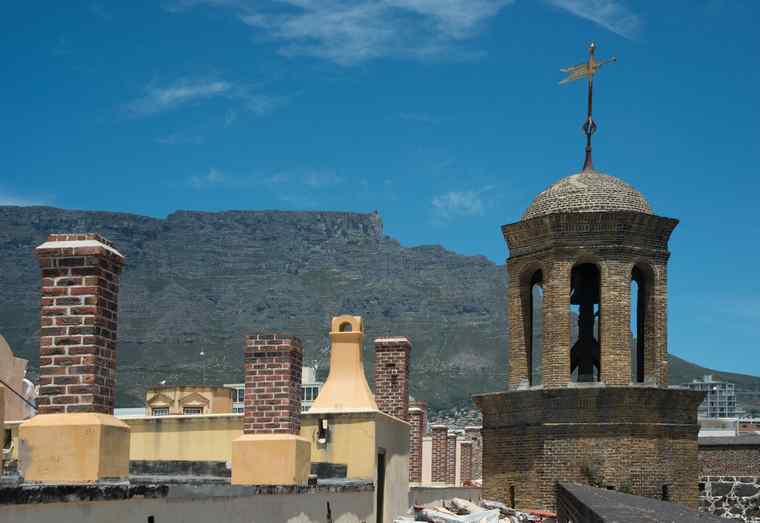 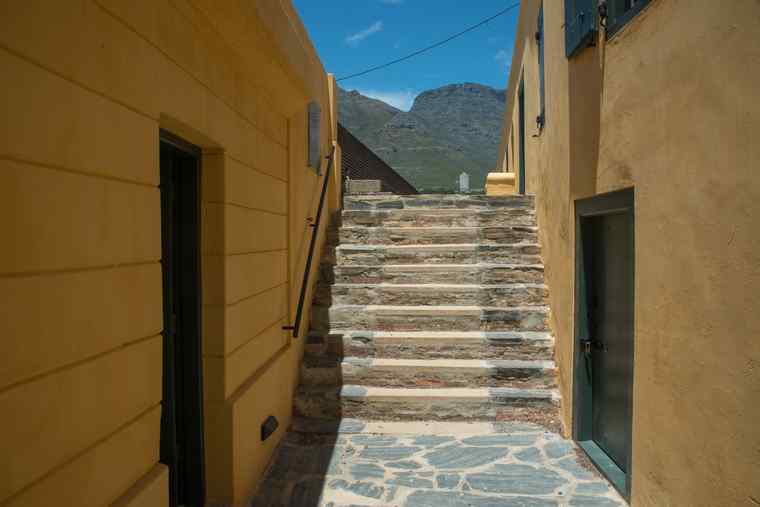 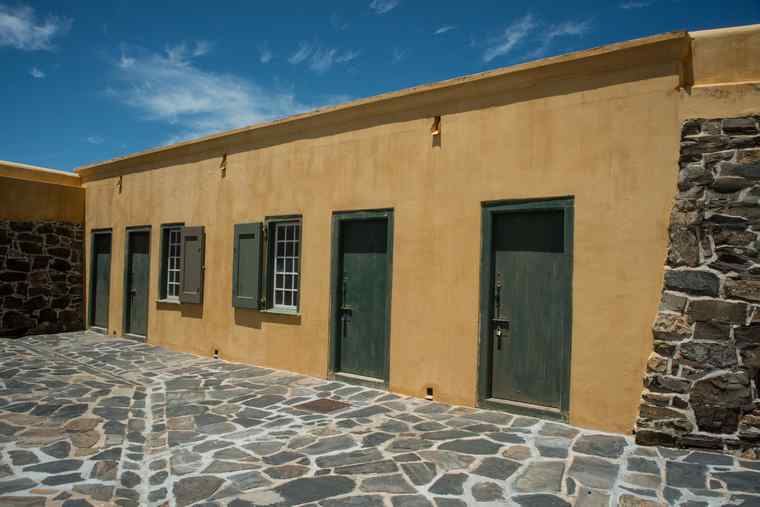 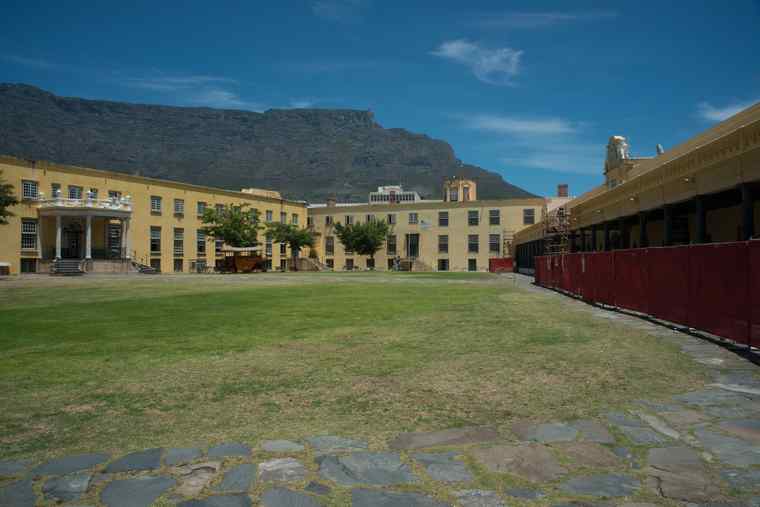 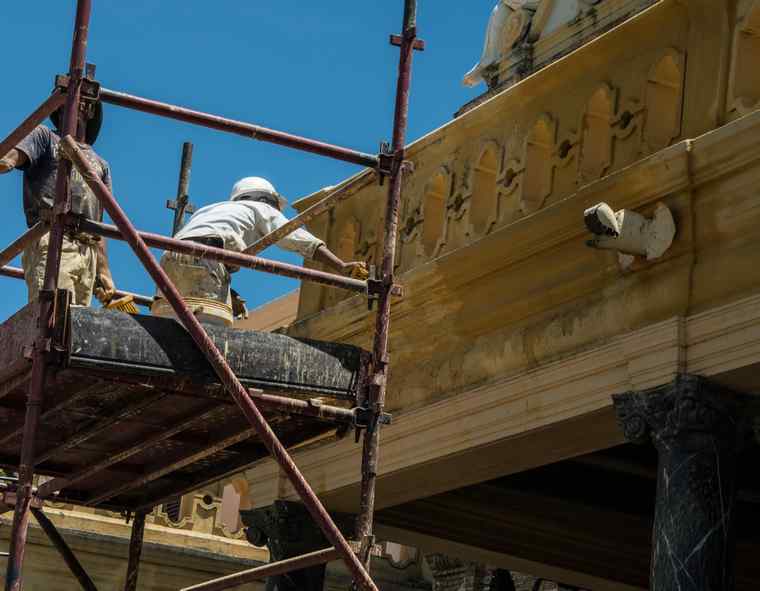 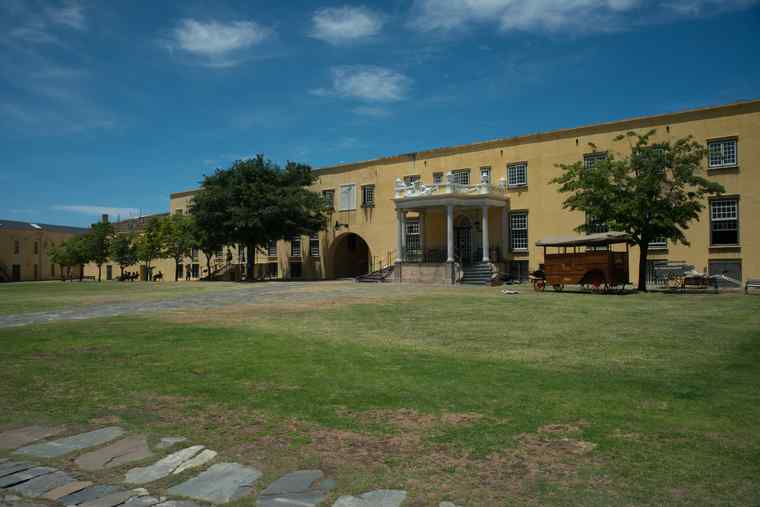 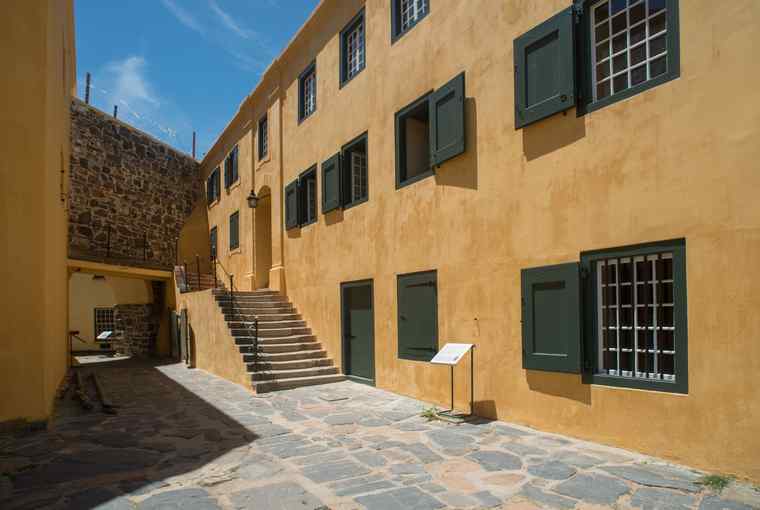