With the ever increasing costs of building and then maintaining and running a home afterward, it is important to consider the method used to ensure that the most cost efficient build possible.

The Stumbelbloc system has proven to be both a cheaper way of building as well as creating a thermally efficient building to live in says, Jan Minne, senior architectural technologist and owner builder who, after much research into their previous projects and their factory and despite having built numerous residential and commercial building projects using brick and mortar over the course of his career, decided to use the innovative Stumbelbloc building method developed by Andre Esterhuizen to build his own home.

When building a new home, many in South Africa would still go with the traditional brick and mortar building method everyone trusts and has used time and again but using Stumbelbloc’s building method will not only save time on construction, but has an insulation solution as well, which will save on energy costs later, says Stumbelbloc CEO, Andre Esterhuizen.

The 400m² home that he is building in Pretoria, Minne felt, had to reflect his passion for using inventive products while being sensitive to the environment. Minne also established, through inspecting the system, that he could possibly use it in future commercial building projects he would be involved in.

The way the Stumbelbloc system works is that the blocks are pre-formed in their factory, and they slot together using the minimum of bonding material. In addition to buying readymade blocks, the builder can choose to make the blocks himself on site, with the use of moulds which are available from Stumbelbloc. The cost of the blocks is approximately R7,50 each (if made on site) or R14 each if purchased directly from an approved block producer. 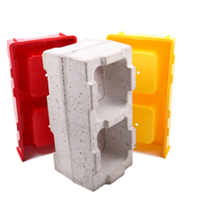 The block sizes are roughly eight times the size of traditional brick so walls are constructed faster and they slot together, rather like Lego blocks, which makes building easier, said Esterhuizen. Once a wall is complete, polystyrene grind is then pumped into the cavity from the top of the wall to insulate it which saves time as opposed to other methods where insulation is added during construction.

This simplified and faster building method adds other benefits in that the blocks are self-aligning and self-levelling, which saves on plastering the walls. In addition to this, the electricity conduits and water pipes are able to be installed inside the block cavities because they are kept empty until after these are installed.

The polystyrene insulation used has been chosen because of its excellent insulation properties and its contribution to reducing waste in landfills, said Esterhuizen. The Polystyrene Packaging Council is actively working with recyclers to develop new uses for recycled polystyrene to prevent the product from being sent to landfills. Approximately 230kg of recycled polystyrene has been used in Minne’s home, which was collected from households and businesses in Pretoria by WastePlan.

“I am convinced that Stumbelbloc offers a workable, cost effective way of ‘green’ building. Building with recycled polystyrene is innovative and new, but it has been proven in numerous independent tests to be stronger, cheaper and safer than any other way of building. Making this small change will ultimately make a big difference in reducing the size of our environmental footprint,” said Minne.

Minne added that he thinks the Stumbelbloc system would be ideal for various construction projects, ranging from chill rooms on farms to chicken batteries, holiday accommodation, and possibly the most sought after now, RDP housing. This could be the solution to government reducing the housing backlog, said Minne.

“Ultimately when building, you need to construct quickly and efficiently, but in addition to that you now need to know that the building will be energy efficient because of the increased costs of heating and cooling the building as well as the increased awareness of creating a more environmentally friendly lifestyle,” said Esterhuizen. 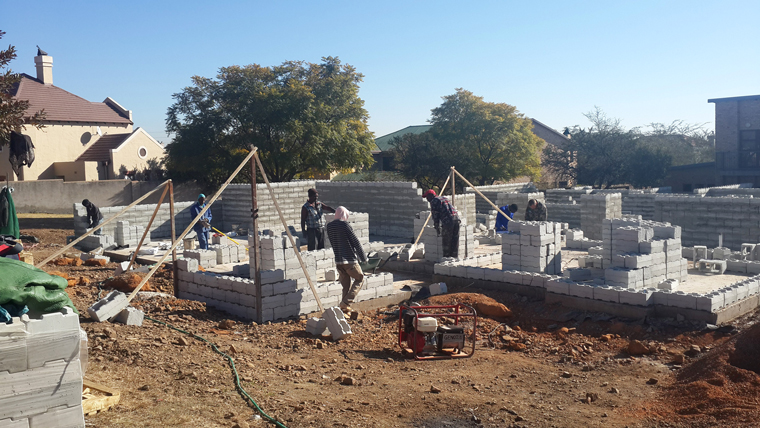