JSE listed REITs Octodec and Premium today announced an agreement whereby Octodec proposes to acquire all of the issued linked units of Premium in exchange for Octodec shares. In terms of the proposed transaction, Octodec will offer 88.5 Octodec shares in exchange for every 100 Premium linked units held. The successful implementation of the transaction will result in Premium and IPS, which is owned 50% each by Premium and Octodec, to become wholly-owned subsidiaries of Octodec. 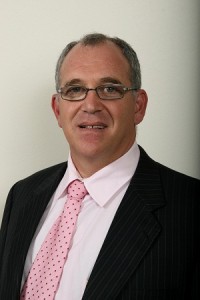 Jeffrey Wapnick, Managing Director of both Octodec and Premium

The combined portfolio will comprise 325 properties valued at approximately R10 billion and offer investors exposure to an attractive mix of retail, office and industrial assets as well as significant exposure to the residential sector, relative to any other REIT listed on the JSE. Most properties are concentrated in the high growth areas of the Pretoria and Johannesburg central business districts which have seen a resurgence in investment leading to high demand for residential accommodation and quality ground floor retail further supported by the upgrade of public transport infrastructure.

Commenting on the merger rationale, Jeffrey Wapnick, Managing Director of both Octodec and Premium, said: “The combined entity makes strategic sense and will create a sizeable company with a strong asset mix providing investors with significant exposure to the residential property sector, relative to any other REIT listed on the JSE.

“The simplified structure will also enable substantial cost savings whilst freeing up management time to focus on the delivery of our strategy to provide shareholders with above-average returns and growing distributions.”

The enlarged company will have a market capitalisation in excess of R5 billion, possibly resulting in the inclusion of Octodec in the FTSE/JSE SA Listed Property Index. It is anticipated that the larger fund will attract interest from a wider group of investors which will improve liquidity and potentially support a re-rating of the Octodec share price. The scale of the combined fund will also result in improved access to capital at more attractive rates which will support Octodec in the execution of its growth strategy through further yield-enhancing upgrades, redevelopments and acquisition opportunities across the portfolio.

“Following the conversion of both companies to REITs, the boards believed that it was an opportune time to seek a merger of the two companies, especially since they already share a number of administrative and operational services and have complementary portfolios. Careful consideration was given to ensure that the transaction would preserve value for both parties and all stakeholders,” added Sharon Wapnick, Chairperson of both Octodec and Premium.

The swap ratio of 88.5 Octodec shares per 100 Premium linked units was determined by taking into account historical volume weighted average prices (VWAPs) for both companies as well as forecast distributions and the net asset values of both companies.

Independent boards were established by Premium and Octodec to evaluate the Proposed Transaction and ensure that it is fair and reasonable to all stakeholders. Having considered the opinions of their respective independent experts and property valuers, the boards have recommended that unitholders vote in favour of the proposed transaction.

The proposed transaction, which is expected to be effective in September 2014, remains subject to various conditions precedent including regulatory and shareholder approvals at the respective general meetings. Further information on the proposed transaction will be available in the circulars which will be posted to unitholders in early July.