Green building in Johannesburg has received a boost with the Johannesburg Stock Exchange’s (JSE) listing of its first green bond. The Green Building Council of South Africa has welcomed the R1.46 billion ($140 million) bond issued by the City of Johannesburg, which will be used to fund green initiatives. 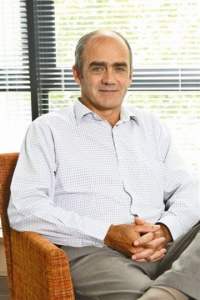 “This is great news,” says Brian Wilkinson, CEO of the Green Building Council of South Africa (GBCSA). “It is exciting to see the City of Johannesburg and the JSE applying leading strategy and innovation to ensure the city’s sustainability and its increased energy efficient operation, through green projects.”

Of the C40 Cities Climate Leadership Group, Johannesburg is the first to issue a green bond.

He notes it is one of many signs that green initiatives are clearly gaining momentum in South Africa.

In addition, four of the winners in the seven local main categories of the South African Property Owners Association (SAPOA) Innovative Excellence in Property Development Awards 2014 were GBCSA Green-Star SA rated buildings. The awards were announced in Cape Town last week at the SAPOA Convention.

Johannesburg’s green bond, referred to as COJGO1, will be used to fund climate change mitigation strategies especially those that include greater use of gas and natural energy. One of the city council’s green programmes include the installation of 43,000 solar water heaters by City Power that will collectively save the equivalent of 22.5GW-hours of electricity a year, enough to run a small town.

The Green Building Council South Africa leads the transformation of the South African property industry to ensure buildings are designed, built and operated in an environmentally sustainable way.

“This green leadership that this bond represents is commendable,” says Wilkinson. “We encourage cities and towns throughout South Africa to consider green solutions, which will allow them to benefit from greater environment sustainability.”