Emira Property Fund today confirmed that it is set to increase its growth in distribution per share to 7.5% for its full year to 30 June 2014, and outperform its 6.5% half-year distribution growth. 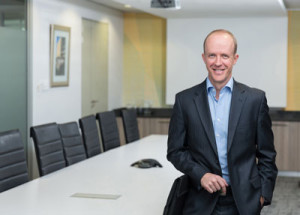 James Templeton, CEO of Emira, explains there are several factors driving this outperformance. “Our improved portfolio occupancy levels made a significant contribution. Emira is achieving net property income above budget, largely due to better than expected levels of gross income.

“We’ve also gained savings on the fund’s management expenses with attentive and focused management initiatives. Our successful PI buybacks in February and March also had a positive impact, and the fund benefited from the better than expected performance of its investment in Growthpoint Properties Australia (GOZ) because of, amongst other things, Rand weakness.”

Emira’s total portfolio vacancies have improved considerably during the year from 5.6% in June 2013 to 5% at the end of April 2014. “Emira is performing well in a tough office sector,” notes Templeton. “Retail remains our best performing sector in the portfolio with respect to like-for-like net income, while industrial is our best sector in terms of its vacancies, which are extremely low at below 1% with continuing good levels of demand.”

Templeton adds that its improved position will also have a positive knock-on effect for Emira investors in F2015.

“We’re upbeat about Emira’s prospects for the next financial period and expect another good year of real growth in distributions. Improved occupancies will continue to drive our top line and, with even better cost control, will contribute to healthy property net income growth,” says Templeton.