Vukile Property Fund today announced a solid set of results for its financial year to 31 March 2014 that delivers on its market guidance and establishes a decade-long track record of unbroken growth in distributions and positive performance for investors. 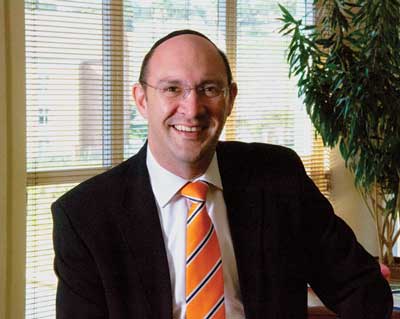 In its 10 years since listing on the JSE in June 2004, Vukile has delivered compound annualised growth in total returns of 23.6%. Its assets have grown from R3,1 to R10,3 billion.

A significant portion of growth has been achieved in the last three years, where the value of its portfolio increased 92.0% from R5,35 billion to R10,3 billion. Vukile’s market capitalisation has increased from R1,3 billion at listing to R8,5 billion today.

Vukile CEO Laurence Rapp comments: “We are pleased with the progress made in strengthening and growing our portfolio during the year and that, even while achieving this substantial undertaking, Vukile delivered distributions in line with our forecast. The realignment of our portfolio by disposing of higher yielding, yet riskier properties, and acquiring quality lower risk properties is now largely complete.

Rapp adds: “We’ve strengthened our portfolio composition and our business, which places us in a strong position, not only for the coming year but well into the future.”

In achieving its portfolio transformation, Vukile successfully acquired a 50% stake in East Rand Mall for R1,1 billion and a sovereign tenant portfolio for R1.04 billion from Encha in a ground-breaking transformation deal that was finalised in August 2013. It also realised R287 million by selling higher-risk non-core properties. It invested in various upgrades and improvements to its properties to ensure their ongoing competitiveness and sustainability, most notably in the complete revamp and upgrade of Randburg Square shopping centre at a cost of R207 million.

Today, 66% of Vukile’s total property portfolio is made up of low risk assets in the retail (53%), sovereign tenant (10%) and hospital (3%) sectors. Vukile, as an early entrant into the lower income retail market, has built a very attractive portfolio of 28 retail assets carrying a national tenant component of 80%, trading densities above market averages and average monthly footfall across the centres in excess of 850 000 people.

Vukile reported positive performance across all key portfolio metrics for the year. It achieved positive rental reversions on renewals across all sectors, but especially in the retail sector where reversions are up by 7.8%.

New leases and renewals of 285,098sqm with a contract value of R1,06 billion were concluded during the year, and 91% of leases to be renewed during the year were successfully renewed. It also reduced vacancies from 7.1% to 6.7%, while it increased the weighted average base rentals by 12.5% during the year.

Vukile quickly established itself as an acquirer of strategically-aligned assets that are earnings enhancing to the portfolio as the listed property sector entered a period of consolidation following a surge of new listings.

It acquired a 34% stake in Synergy Income Fund Limited from Liberty Group by purchasing 52,3 million Synergy B linked units for R338 million. This boosted Vukile’s investment exposure to retail property serving the lower-income market and its exposure in the Western Cape region.

“We will explore further opportunities with Synergy in line with our view that all transactions must be value enhancing and in the best interests of Vukile and its unitholders,” says Rapp.

Vukile also entered into a strategic transaction with Fairvest Property Holdings where it sold four properties to Fairvest in exchange for a 31.5% stake in Fairvest. The R235 million transaction was effective 1 January 2014.

Rapp explains: “The Fairvest portfolio is focused on lower-income retail, but invested in smaller properties than Vukile. We believe that this is a cost-effective and resource-efficient way to gain exposure to our preferred market segment with properties of this size.”

Vukile closed the year with a loan-to-value ratio, net of cash, of 30.8% and 88.0% of its debt hedged at an all-in weighted average interest rate of 8.2% for the year.

“Vukile is conservatively geared and hedged relative to the market,” says Rapp. “We are defensively well positioned in a rising interest rate environment.”

All this places Vukile in a strong and healthy position for the future and to deliver more distribution growth to investors in the coming year.

“Notwithstanding the dual headwinds of a stubbornly sluggish economy and rising interest rates, distribution growth for the listed property sector is forecast at between 7% and 8% for the next year. We are confident that Vukile will deliver growth in distributions at least in line with the top end of this projected sector growth,” says Rapp.

He adds the company will continue to identify growth opportunities in both the direct and listed property sector that are strategically aligned to Vukile’s objectives and are value enhancing. “Property is a long-term game. For sustained success, a focus on long-term value creation is imperative.”

Rapp confirms that Vukile will also take a cautious approach in this market. “We will focus on consolidating the gains we have made in 2014 by placing a priority on operational efficiencies, reducing costs and vacancies. Vukile remains conservatively hedged and geared. We will continue to unlock value from the strong platform created to deliver sustained and growing performance to Vukile investors.”