Louw Liebenberg, CEO of PayProp, the largest processor of rental payments for the residential letting industry, says that tenants are finding it increasingly difficult to raise additional sums of money to cover the rising rental rate as well as meet demands for higher deposit collateral. Based on the analysis of just over 2.5million transactions in South Africa, the PayProp Rental Index showed the weighted average national rental at the end of the first quarter of 2014 was R5 934 – up from R5 867 from the fourth quarter of 2013. 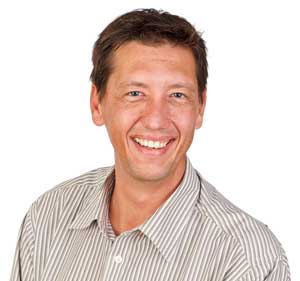 “In line with international trends, we expect economic circumstances to remain tight for the foreseeable future, which leaves landlords and tenants caught in a stand-off between cover and available capital. Based on current growth rates, we can reasonably expect the national rental average to exceed R6 000 by the end of the second quarter of this year.”

In the final quarter of 2013 the Tenant Profile Network reported worsening tenant payment performance for residential rentals. The percentage of tenants in good standing dropped from 86% to 85% in the last two quarters of 2013, and there has been a greater deterioration still in the percentage of tenants who have paid their rentals in full.

“This is likely the result of over-indebtedness. We do not expect this trend to improve in the foreseeable future, as the rental growth rates (although lower than last year) are still well above inflation and occur within an economy that is characterised by increases in essential costs coupled with extremely low growth rates,” says Liebenberg.

Liebenberg says that his advice to estate agents is to focus on screening tenants before entering into lease agreements. Most importantly, they should not only rely on historic credit data of a tenant, but take a more forward-looking view, placing more emphasis on aspects such as affordability.

The PayProp Rental Index tracks the rental averages across provinces in South Africa and Limpopo has topped this list over the past nine Index readings. “From our first PayProp Rental Index in December 2011, we were amazed by the extremely high rentals that have been achieved in the area. We were particularly impressed by the town of Lephalale and how it stood as an example of what happens when industrial development comes to an area that does not have adequate rental housing capacity – resulting in off-the-charts rentals when compared to the rest of the country,” says Liebenberg.

Mpumalanga, on the other hand, has kept up a solid growth rate of around 7% on average throughout all three quarters since Q2 2013. With the stability in the growth rate in this province, it could remain in the leading position for possibly the remainder of this year. Gauteng is hot on Mpumalanga’s heels with the past two quarters’ growth rates both measuring more than 10%. However, this province has to make up a lot of ground before its average rental exceeds the R6 765 of Mpumalanga.

At the end of 2013 PayProp predicted strong growth in the Northern Cape rental market and this appears to be spot-on. While growth dropped slightly from 14.8% at the end of last year to the current 12.6%, it is still the fastest-growing province in South Africa for rentals. A concern is the province’s ability to sustain this level of growth with the slow-down in property prices in the region, as recorded in the ABSA house price index.

Another province that the Index has highlighted is the Eastern Cape. “When we look at the long-term dataset we see a province that has emerged from a negative growth rate in average rental values in 2011 to one now growing at 10.7%. Granted, this growth is from a much smaller-than-average base, with the current average rental standing at R4 808, but nonetheless it is an impressive performance from a province in which the rental market is starting to recover.”

“While the rental market is still growing at healthy levels, our caution to the market remains that tenants are under increasing pressure which calls for far more in-depth screening prior to the signing of leases in 2014,” concludes Liebenberg.