As South Africa’s commercial and industrial property markets have remained relatively subdued in recent months, the retail sector has recently come to the fore as a somewhat unlikely champion in helping the overall property market retain its reputation as one of the country’s key economic drivers. 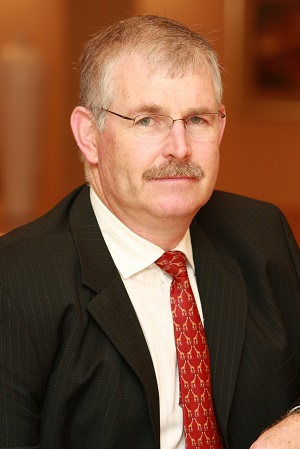 While one would have thought that the steadily increasing pressure on consumer pockets would have had a negative knock-on effect across the retail sector, recent activity in retail property finance and development appears to tell a different story.

Of course, as is the proverbial case with all good things, this growth in the retail sector is now starting to show signs of coming to a gradual end, and those seeking viable retail opportunities – whether from a development or investment perspective – are going to have to be increasingly discerning in terms of where they look.

This is because while there are areas of retail property that continue to show good signs of demand, such as smaller centres in rural areas which fulfil the functions of regional centres and large regional malls, others, like medium-sized urban and peri-urban centres, have now largely lost their shine.

The reason for this apparent popularity split within the SA retail market is that consumers are increasingly looking for one of two things from their shopping experience. The first is convenience or accessibility, which is typically provided by the small-rural centre and convenience centres in urban areas; and the second is shopping as entertainment, which is generally offered by the large regional centres that have the diversity and appeal needed to encourage significant consumer dwell time.

Unfortunately, the mid-sized urban centres tend not to fully offer either of these to the same extent that the smaller rural marts or large regional malls do and, consequently, these have tended to fall out of favour with shoppers in recent times.

It’s worth noting that, when it comes to the appeal of large malls, much of the attraction they hold for South African consumers tends to centre around fashion – which obviously has a big part to play in the current interest shown in SA by global retail fashion brands like Top Shop, H&M, Cotton On and Zara, amongst others.

But while this international attention may be fuelling some of the growth in larger retail developments, it’s going to take more than just a few fashion hungry SA consumers to keep this international retail interest going. For a long-term presence in South Africa to be a viable proposition for global retailers, they need to have access to trained and knowledgeable staff, the ability to set up a streamlined supply chain that works flawlessly and, possibly most importantly, they need to see opportunities to capitalise on economies of scale.

So, while a presence in large regional malls might deliver a fairly steady flow of potential customers, to really drive an inflow of international retailers that would significantly bolster the SA retail industry – and by implication the retail property industry – stakeholders in both industries need to focus on positioning South Africa as more than a standalone market, but also as an African retail hub, and a springboard by which to gain access to the massive and increasingly aspirational customer base that exists across the continent.