In a show of confidence in the potential for a sustainable economic recovery in the Eastern Cape region, Nedbank Corporate Property Finance recently approved finance agreements worth more than R31.5 million for the construction of two separate motor vehicle showrooms in Beacon Bay, East London. 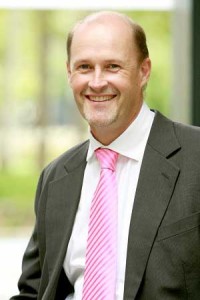 The deals comprise a R24.5 million loan to the 5 Langenhoven Road Trust and R7 million in funding to the Edcot Trust for the construction of new General Motors Commercial and Suzuki Motors Retail showrooms respectively.

According to Richard Thomas, Cape Regional Executive for Nedbank Corporate Property Finance, the decision to partner with the two motor vehicle trading entities was based on a combination of their proven track records, their demonstrated quality and strength of management, and the clear signs of economic recovery potential that are beginning to emerge in East London and the Eastern Cape as a whole.

“Vehicle manufacturing and sales are key drivers of the economy in the Eastern Cape and these significant investments, by leading industry players, into both the retail and commercial vehicle sectors in the region mirror the growing sense of optimism that is becoming evident across its economic sectors,” explains Thomas.

Thomas also points to the steady, albeit gradual, improvement in employment figures in the province (up 2.6% year on year for Q1 2013*) combined with the obvious commitment by the public and private sector to ensuring sustainable economic growth in the region as important factors in the bank’s decision to get behind these types of property developments that will undoubtedly bolster the entire vehicle sales industry.

“While the overall economy in East London remains under pressure, there are sectors that are showing positive growth signs, not least of which are public sector employment, retail industries that cater primarily to the basic needs of previously disadvantaged individuals and communities, and vehicle manufacturing and sales. In addition, the 2030 Vision currently being developed for the region by the Eastern Cape Planning Commission will provide significant support for the continued growth across these and other sectors, by addressing poverty and creating a platform for job creation.”

Against this backdrop, Thomas is confident that the relative strength of the motor vehicle sector, despite challenging economic conditions in recent years, has the real potential to evolve into sustainable industry growth, and states that Nedbank is committed to enabling and facilitating such growth.

“Nedbank Corporate Property Finance’s leadership position in the South African property market is a direct result of our commitment to going beyond mere finance provision and ensuring that we are dependable business partners to our clients and committed stakeholders in the economic and social development of our country. Our support of East London’s vehicle industry demonstrates this commitment to investment that creates opportunities for all,” concludes Thomas.