Delays in the appointment of a Services Appeal Tribunal in Mpumalanga may finally be addressed after the matter was escalated to the Public Protector by the SA Property Owners Association (SAPOA). 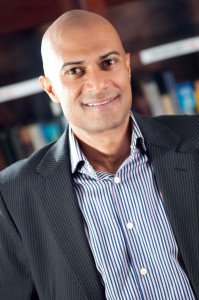 “Despite a year of hard lobbying with the Province, property developers still have no recourse to appeal services contributions, despite a legal right to do so,” says SAPOA CEO Neil Gopal.

“SAPOA believes the situation affects both existing and potential investors, and requires immediate action to rectify.”

Internal government restructuring in Mpumalanga appears to be the main culprit in the delay, but the process of nominating Tribunal members should get underway this month.

When assurances from the Province to SAPOA that a Tribunal would be appointed by the end of November 2013 were not honoured, SAPOA escalated the matter to the Office of the Public Protector.

In March, the Public Protector launched an investigation.

In April, the Mpumalanga Department of Agriculture, Rural Development and Land Administration responded that the Tribunal is to be appointed shortly, after internal departmental restructuring caused delays.

Indications are that the Tribunal positions will be advertised this month, according to a department spokesperson. This would be followed by the evaluation and presentation of candidates to the Executive Council.

“A Tribunal is critical to the objective resolution of disputes between developers and municipalities, and safeguards the right to appeal enshrined in our Constitution,” adds Gopal, pointing out that SAPOA will continue to monitor progress closely.

As Gopal points out, a great deal more is at stake than simply a bureaucratic delay.

“Not only are individual property developments being held up, but job creation, future investment decisions, and rates revenues for the local authorities are all being compromised by the absence of a Tribunal,” he says.

SAPOA was alerted to the situation in Mpumalanga last year when local members pointed out that there has been no Tribunal in place for over three years, despite it being provided for in Section 124 of the Town Planning and Township Ordinance 1986.

Gopal notes the Promotion of Administrative Justice Act No. 3 of 2000 (PAJA) views a failure to act as an administrative action that can be taken to court if all internal process for appeal are exhausted.