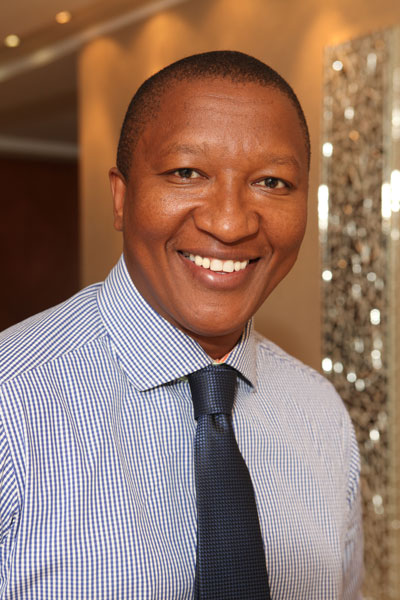 Rebosis has declared an increase of 9,0% on the distribution per linked unit for the period to 48,50 cents (H1 2013: 44,50 cents). This growth is mainly attributable to better portfolio fundamentals, a decrease in the overall cost of funding from 8,5% to 8,0% and continued operating efficiencies across the portfolio.

Rebosis Chief Executive, Sisa Ngebulana commented: “We are pleased to have delivered on our growth objectives despite a tough economic environment marked by interest rates and sector vacancies on the increase.

“Our property portfolio continued to grow over the past six months, supported by the transfer of the Nthwese portfolio which has a positive impact on our office portfolio. We believe the long-term leases in place with Government acts as an income risk mitigator for investors due to their predictable revenue streams. The transaction also spreads risk in our overall property portfolio and together with the acquisition of the Ascension linked units and Ascension Manco, diversifies the overall investment basket within Rebosis.”

The portfolio has a total GLA of 414 398 m² and is located in Gauteng, the Eastern Cape, KwaZulu Natal and the North West Province. The portfolio comprises 45% retail, 53% office and 2% industrial, by value.

The office portfolio represents a sovereign underpin to a substantial portion of the earnings and shields it from private sector risks such as tenant insolvency and default. At 28 February 2014, vacancies for the total portfolio were 2,0%.

On 3 February 2014 Rebosis announced the acquisition of Ascension Property Management (Pty) Ltd (“Ascension Manco”) for an aggregate purchase price of R150 million. In addition to this, the fund acquired 29,05% of Ascension’s B linked unit capital, which represents 15,96% of Ascension’s total issued linked unit capital. This forms part of the fund’s strategy to bulk up the portfolio and further to this, Rebosis is in ongoing negotiations with Delta Property Fund Limited (“Delta”) and Ascension to merge the three funds.

“We think that a merger of the funds makes strategic sense, especially in light of the fact that we were effectively aiming to attain the similar objectives for our respective funds.

The board reaffirms the forecast distribution of between 97,0 cents and 99,0 cents per linked unit for the year ending 31 August 2014 based on stable economic and operational conditions.

Commenting on the company’s prospects, Ngebulana concluded: “We remain confident about the performance of the fund given our strong office portfolio fundamentals combined with strong turnover growth in the retail sector. We remain well positioned for exceptional growth in the future.”