The City of Cape Town has been successful in the first phase of the implementation of the new Development Applications Management System (DAMS) for the submission of development applications. Since 1 April 2014, customers have been able to submit plans in PDF format by using a memory stick and it is now possible to make online payments for development applications through an electronic funds transfer (EFT). 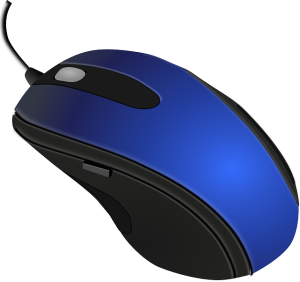 ‘I would like to thank the City’s Planning and Building Development Management Department for the efficient way in which they have handled this enormous task, which aims to improve the turnaround times for the development proposal process. Some applications were delayed as a result of the normal teething problems associated with such a massive overhaul of an existing system and we thank our customers for their understanding. As the system is bedded down within the next few months, we anticipate that there may be teething problems and we will address these as quickly as possible. The City has managed to process 836 building plan applications and 840 land use applications since 1 April 2014 to date – an impressive performance,’ said the City’s Mayoral Committee Member for Economic, Environmental and Spatial Planning, Councillor Garreth Bloor.

In order to increase efficiency further, the Department started the process of migrating data from the existing system to the new system.

Previously, development applications (which include building plans of various prescribed sizes, in accordance with the National Building Regulations) could only be physically submitted at the Department. The new system allows for payments to be made through EFTs, which was not possible on the previous system. It is important to note that the application only proceeds when the City obtains confirmation from the relevant bank, which takes between one and two days depending on their response.

Although paper submissions are still possible, the new system allows for customers to receive their plans back on their own memory stick with the comments from the officials for amendment or a copy of the approved plan. Customers therefore have both the electronic and paper options.

‘Ultimately this new system will serve to enhance the City’s services and ensure a more convenient system for customers, in line with our commitment to being a well-run city,’ said Councillor Bloor.

The Planning and Building Development Management Department has already achieved great success with the increase of the turnaround times of the building application process in general by improving its existing systems. To this end, the value of building plans approved has increased from R10,2 billion in 2011 to R13,1 billion in 2012 and to R15,5 billion in 2013.