Heidelberg Mall, due to open in October 2014, has attracted a top line-up of national retailers and it is already 90% let. 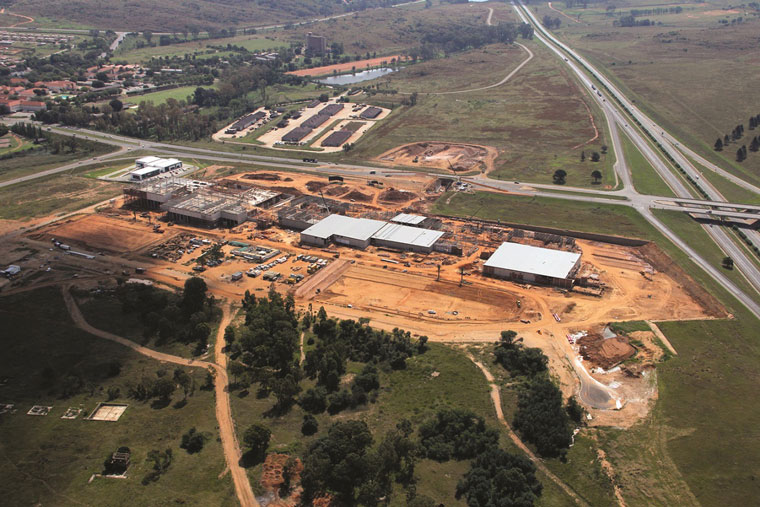 Lesedi Council and private developers, Flanagan & Gerard Property Investments have come together, facilitated by the council’s joint venture partner Marble Gold (Pty) Ltd to develop the 35,000sqm of exceptional retail, not only for Heidelberg residents, but shoppers from surrounding towns as well.

Fernridge Consulting, a company that specialises in research for retail property developments, recently rated the mall as an “excellent retail development proposition”.

Flanagan & Gerard executive director, Patrick Flanagan, says: “We’re thrilled with the excellent leasing progress. With a high number of the major national retailers already secured, we are going to be picky with the remaining opportunities as we believe in providing a top quality tenant mix which matches the shopping needs of Heidelberg and the surrounding region.”

The mall’s shoppers will come from its primary catchment area, incorporating Heidelberg, Nigel and southern Springs. It also captures smaller surrounding towns to the south such as Balfour, Grootvlei and Greylingstad and will also intercept traffic as far afield as Harrismith. Heidelberg’s easy macro access via the N3 highway ensures it also acts as a central town serving the retail needs of towns such as Villiers, Frankfort, Cornelia and Vrede.

“In all these towns, there are no formal shopping centres,” explains Flanagan. “Heidelberg Mall will to become a significant regional retail asset for these communities and will add a unique retail option to the entire region with a complete one-stop shopping variety under one roof, and it also complements the existing, smaller-scale retail”.

Flanagan adds: “Another benefit to mall’s prime location at the Jacobs Road interchange of the N3 is, of course, its high visibility. Making it easy for everyone to get to the mall, it will also include an integrated taxi rank.”

While Heidelberg Mall will become the regions first regional shopping centre, saving many shoppers from the long trek to Johannesburg. It will provide a shopping experience, with a strong fashion focus.

Also, Heidelberg Mall has important added benefits for the local community. An estimated 800 to 1,200 permanent jobs will be created once the mall opens.