Safari Investments RSA Limited (“Safari”) will become the latest REIT listing on the JSE on Monday, 7 April 2014. The listing of the shares will be implemented together with a capital raising of approximately R315 million to R400 million, through the private placement of new ordinary shares in Safari with selected eligible investors. The net proceeds of the offer will be used to settle all debt and free up existing facilities of approximately R600 million that will support the company’s project pipeline. 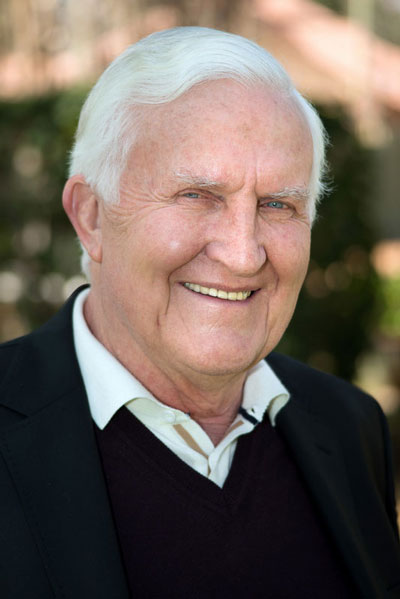 Safari was founded by Francois Marais approximately fourteen years ago. Over time Safari became a unique platform for smaller investors to participate in quality, high growth retail property assets mainly in high growth township areas, including prominent nodes such as Mamelodi, Atteridgeville, Sebokeng and Heidelberg. Internationally, Safari is in the process of developing a new regional destination centre in Swakopmund, Namibia.

Safari CEO Francois Marais commented: “The listing of Safari provides potential investors with a unique opportunity to invest in a retail portfolio consisting of high quality, high growth assets based in high growth township areas that offers a community retail focus with a strong financial position and an attractive pipeline of projects.”

Denlyn Centre in Mamelodi, has a GLA of approximately 42 200 m² which includes a recent 19 000 m² expansion and became the preferred shopping centre for the community over its ten years of trading.

Atlyn Centre, located in Atteridgeville, has been trading since 2006. The centre is located on one of the main routes into the township, providing a locational advantage and premier destination for the residents of Atteridgeville. The recently expanded and upgraded centre has a GLA of 39 680 m² and is anchored by Shoprite. A South Block extension is under construction and will add additional GLA of 1 517 m² resulting in a total GLA of 41 197 m².

Thabong Shopping Centre is located in Sebokeng and has a GLA of 27 645 m². Trading since 2007 the centre is fully let with a balanced tenant mix with a Super Spar occupying more than 4 000 m² as the anchor retailer. The focus at Thabong is on maintaining, expanding and continuously attracting the right tenant mix for the market, thereby establishing Thabong as an area regional shopping centre and the preferred shopping node in Sebokeng. SA extension is under construction and will add additional GLA of 13 500 m² to be anchored by Pick n Pay and Edgars. The centre will have a total GLA of 41 197 m².

The Victorian centre in Heidelberg was recently transferred to Safari. The centre has a GLA of 15 400 m² and is a well-established community centre, having traded for 16 years. The centre is anchored by Pick n Pay, with key tenants being Mr Price, Total Sports and CNA. National retailers comprise approximately 95% of the tenants.

“Our centres’ superior performance is evidenced by the 0% vacancy rates and strong rental escalations achieved for the preceding three years. We believe that our entrepeneurial foundation, extensive experience and low-risk approach to development will allow us to continue to deliver stable, resilient cash flows supported by significant long-term income generation over time,” Marais remarked.

Safari’s net asset value, revenue and operating profit have increased by more than 20% per annum in the preceding three years. Trading densities are significantly higher than the industry norm and rentals per square meter lower than the industry norm. These key factors are supported by favourable turnover and rental escalation agreements that will positively impact the future value of the portfolio and distributions to shareholders.

Safari’s portfolio was funded and developed by approximately 150 shareholders with a wide range of skills including architects, engineers, property developers, accountants and medical doctors. In early 2013, a strategic decision was taken by the shareholders of Safari to diversify its sources of funding and take advantage of the favourable legal and tax framework provided to qualifying property entities in terms of the REIT legislation.

“Safari is well positioned for organic growth and greenfield development. Based on demand and commitments from national tenants, we currently have over R1 billion of projects under consideration. This includes the addition of approximately 45 000 m² of retail space by way of further developments in Atteridgeville and Sebokeng and the greenfield development in Namibia.” concluded Marais.

The Company’s Pre-Listing Statement dated 28 March 2014 is available on the Company’s website, www.safari-investments.com. However, it should be noted that the offer is not open to the general public.