Illovo has earned the reputation of being one of the most desirable corporate addresses in Johannesburg, and demand remains high as its limited office space continues to be sought after by blue chip tenants. 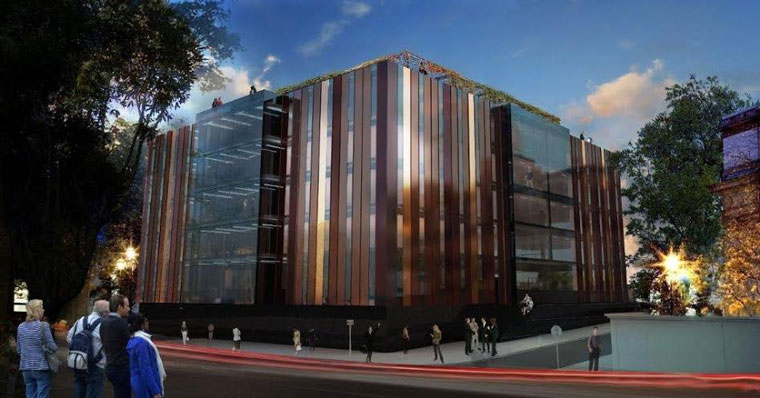 According to Ken Reynolds, regional executive: Nedbank Corporate Property Finance, Gauteng, P-grade offices in Illovo are achieving net rentals of up to R200/m² for smaller spaces and the area has consistently maintained some of the lowest office vacancies over the past several years, with current figures showing 0% vacancies for P-grade space and only 2.7% for A-grade.

Illovo is ideally situated between Rosebank and Sandton with both of these areas continuing to experience strong demand for office space despite trends indicating that growth is slowing in this sector across South Africa. Rosebank and Sandton are both serviced by the Gautrain which has hugely increased their popularity, and Illovo can be easily accessed through the convenient Rea Vaya Bus Rapid Transit (BRT) route and the Corlett Drive off ramp from the M1 highway. The exclusive residential nodes of Hyde Park, Dunkeld and Melrose are within close proximity.

Regiments Capital’s new head office is situated on the corner of Melville and Ferguson roads and will form part of the extended Illovo Boulevard node. The growth of the Boulevard is the result of a successful joint public/private sector initiative, and the prestigious mixed use development houses many quality corporate businesses including Mettle, IQ Health, JP Morgan, Brait and the Gordon Institute for Business Science. New developments have to conform to relatively strict conditions and green design elements are essential. These factors as well as its strategic location, excellent telecommunications, controlled urban design, good accessibility and strong public space management ensure the sustainability of long term value of the area.

“Regiments Capital has recently expanded into the area of property development and, in addition to our Illovo Head Office, we have also acquired the rights to the bulk above and around the Sandton Gautrain station which we recently secured from the City of Johannesburg,” says Regiments spokesperson, Umeiya Majam.

“Regarding our Illovo Head Office, our firm intends to occupy half of the 7,360m² building and will let or sell off the balance of the space. We are already in discussion with interested parties,” adds Majam.

Illovo has a total office GLA of approximately 200,000m2, where Sandton, for example, offers approximately 1,400,000m2, thus making Illovo rather exclusive for top corporate clients. Some of the bigger tenants in Illovo such as Santam and Cell C are expected to vacate this year but it is largely expected that these buildings will not experience long vacancy periods.

“Regiments Capital is an existing Nedbank client who we have had the pleasure of doing business with over the past decade. We have now provided finance of close to R150-million for the development that will take place over the next 18 months. Illovo is an exceptional node that continues to soar and draw prestigious tenants that are attracted to a beautiful, secure and well-managed area, just like the trendy Melrose Arch Precinct in Johannesburg and Wembley Square Precinct in Cape Town,” concludes Reynolds.