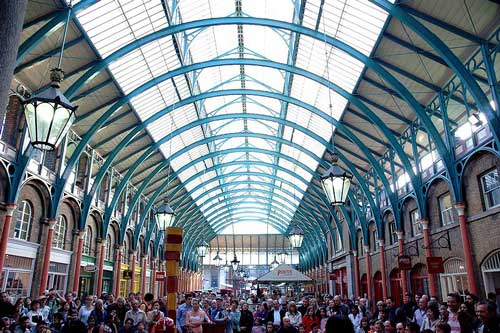 Capco’s strategy for Covent Garden, redefining global luxury for London, has resulted in significant value growth for the estate, which was valued at £1.2 billion at December 2013.

The new debt facility provides improved operational and financial flexibility to support the value growth strategy through the expansion of the premium retail and dining offer and selective developments including Kings Court and Carriage Hall. The next target for the estate is to reach an Estimated Rental Value (ERV) of £75 million by December 2016.

The unsecured revolving credit facility has a five year term and replaces three existing secured Covent Garden facilities. HSBC Bank plc and BNP Paribas acted as Mandated Lead Arrangers for the facility, with Royal Bank of Scotland and Credit Agricole as Arrangers and Santander and Wells Fargo completing the syndicate.

Soumen Das, Finance Director of Capco, commented: “I am delighted to have completed this major new debt facility with our relationship banks. It is Capco’s first unsecured debt facility and marks a significant step forward in the evolution of the Group’s capital structure and funding model.”

Romain Simon, Head of UK Real Estate Finance of BNP Paribas and Matthew Webster, Global Head of Real Estate Finance of HSBC Bank plc commented: “The banks are pleased to provide this significant commitment to Capco on this key transaction as it moves from a secured to an unsecured financing model. We look forward to continuing to work with Capco to support its value growth and value creation strategy across its business.”