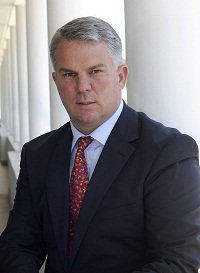 JSE-listed Synergy is a specialised retail property fund with a specific focus on medium-sized community and small regional shopping centres in high-growth nodes. It owns 15 shopping centres in seven provinces, spanning some 200,000sqm. Its portfolio is dominated by commuter-orientated centres in township areas and rural towns.

During its interim period, Synergy’s retail vacancies improved slightly to 3.2%, while its ratio of national tenants increased from 86% to 88%, in line with its target of 85% or higher. Its rental reversions trended upwards by 6.2% and Synergy achieved a tenant retention ratio of 76%, largely as a result of optimising its tenant mix across the portfolio.

Strategically growing its portfolio, ownership of Atlantis City Shopping Centre passed to Synergy with effect from 1 September 2013. This centre contributed to Synergy’s income for four months of the interim trading period. This acquisition, and some minor capital expenditure on the rest of the portfolio, led to an increase in Synergy’s property portfolio value from R1.88 billion at 30 June 2013 to R2.23 billion at 31 December 2013.

Brooks also confirmed that Synergy is in the planning phases of several portfolio enhancing projects. These include the possible extension at Ermelo Game Shopping Centre in Mpumalanga for a second retail anchor, a minor cosmetic upgrade of Richdens Village Shopping Centre in Hillcrest, KwaZulu-Natal, and the refurbishment of Ruimsig Shopping Centre in Roodepoort, Gauteng, which will begin in March 2014.

“Synergy will continue to strive for best practice in growing, optimising and operating our portfolio to produce sustainable, inflation-beating total returns for investors,” says Brooks.