GoIndustry DoveBid SA (Go-Dove) has announced the second phase of its contract awarded in 2013 to dispose of more than 60 Telkom properties nationwide. 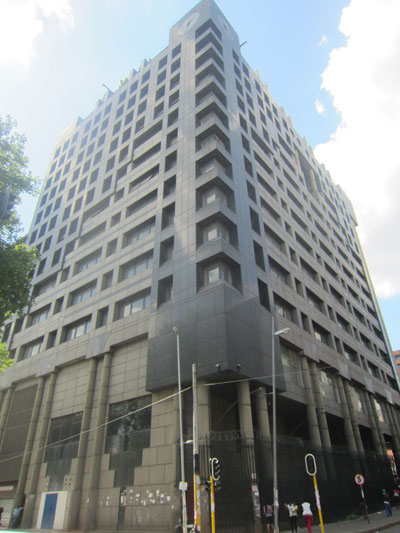 This 28 000m² high-rise commercial building in Joubert Park, Gauteng is one of Telkom buildings to be auctioned in March.

Go-Dove will be auctioning off the second batch of Telkom properties during March.

Some of the properties to be sold include about 10 000m² of vacant land in Benmore Gardens, which borders Sandton City, a 28 000m² high-rise commercial building in Joubert Park, Gauteng, about 20 000m² of business-zoned land in Walmer, Port Elizabeth and a sizeable property in Bloemfontein, with over 7 000m2 of building on a 28 000m2 erf.

Cape Town properties include: a building on the corner of Lower Church Street and Morom Road in Wynberg; a building at 38 Buitekant Street, Cape Town; a 2 567 m² site on the corner of Van Riebeeck and Agste Lane in Kraaifontein; and Portion 33 of farm No 1183 Western Cape a 4.60 ha plot of industrial land on the corner of Niel Hare Road and Charel Uys Drive in Atlantis Industria.

Three of the four auctions for Telkom in March will be held in Cape Town, Bloemfontein and Johannesburg, and the remaining smaller properties around South Africa will be sold via Go-Dove’s online platform.

“The recently held online property auction, which closed on December 5 last year, was a tremendous success. Bidding activity exceeded all expectations and we were extremely pleased with the results,” says Kim Faclier, managing director (property) of GoIndustry DoveBid South Africa.

“More than 18 631 people from around the world viewed the properties, which were loaded on our website a few weeks before the auction. More than 85 percent of the available properties were sold, with 1 877 bids transacted via 90 approved registered bidders in 24 hours. The coming phase of the Telkom property disposal process is expected to realise more than R200 million.” 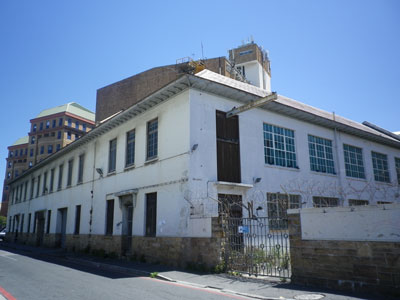 This building on the corner of Lower Church Street and Morom Road in Wynberg is one of several Telkom properties around the country to be sold by auction in March.

Faclier says that Go-Dove provides the critical corporate governance and transparency data that companies, governments and many parastatals require, with full date and time stamped, tracking facilities available to clients and all buyers.

Buyers interact in real time and full tracking capabilities are available before, during and after the online auctions.

GoIndustry DoveBid was acquired by global giant Liquidity Services in 2013, and has more than 40 offices in over 27 countries. Go-Dove’s property division also specialises in live auctions, private treaty sales and valuations.