Having highlighted Africa as a primary focus, the Royal Institution of Chartered Surveyors’ (RICS) global President Elect, Louise Brooke-Smith is currently visiting South Africa (February 2014) and Ghana. Based in Birmingham, UK, from 1 July this year (2014), she takes up the role of President, becoming the first woman president of RICS. 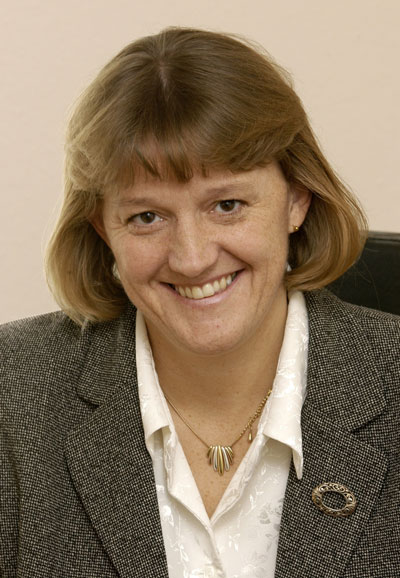 With offices in 27 cities around the world and 100 000 qualified members in 146 countries, RICS is the world’s leading qualification when it comes to professional standards in land, property and construction – attaining RICS status is the recognised mark of property professionalism. RICS is an independent professional body originally established in the UK by Royal Charter. Since 1868, RICS has been committed to setting and upholding the highest standards of excellence and integrity – providing impartial, authoritative advice on key issues affecting businesses and society.

During her visit to the continent, Brooke-Smith is meeting with partner organisations, members and others with a close interest in the built environment. “Over the past two years we have been developing a strategy for Africa, a vision that primarily responds to the economic growth in Sub-Saharan Africa and the huge potential and demand for expertise across the built environment. Now we are moving forward with this strategy,” she says.

“In common with other regions, we understand that Africa needs to invest unprecedented sums in infrastructure to meet the growing demand of its population and economy. This is estimated to lie in the region of $1 trillion per year, or equivalent to 70 times the projected costs of the Rio Olympics. This forms part of the rapid urbanisation taking place in Africa, with key cities expected to experience population growth of 60 percent compared to 2010 levels.

“Given these challenges, we are seeing increasing demand for expertise in all areas of surveying and acknowledgement of the importance of the RICS’ qualification, training, services and standards. The RICS qualification is recognised worldwide, thereby enabling members to work across markets. Our members are able to offer advice across the whole of the property lifecycle, from inception and planning, through to valuation, project management, construction, and ongoing maintenance, and ultimately to management, renovation or replacement.

“There is also growing interest in our arm’s-length regulatory model, which ensures that RICS-qualified professionals work to the highest technical and ethical standards. Coupled with this, demand is also growing for RICS’ dispute resolution service. We find that this combination of our ability to deliver and adopt effective monitoring helps increase market transparency and raises investor confidence in construction and infrastructure projects across the continent,” adds Brooke-Smith.

“As a professional body we are required by our Charter to act in the public interest, and for this reason partnership is central to our approach. In line with this we are working with many local government bodies, trade associations, employers and universities to raise professional standards.”

Commenting on Africa she says RICS has many years of experience in the continent, with national associations and active local member groups in Ghana, Kenya, Nigeria and South Africa. Many other groups across numerous countries have been established over many years and following independence in the 1960’s, continued successfully as independent bodies, while still retaining strong links to RICS. “Some, such as the Ghanaian Institute of Surveyors are keen to re-establish more formal links with the RICS, something we wholeheartedly welcome.

“Personally I have been fortunate to have visited South Africa a number of times over the past 20 years and have seen some amazing changes since my first visit in the early 1990’s, when I was undertaking a research project for United Nations Habitat on housing projects across South Africa, Swaziland and Botswana. Following visits were in the late 1990s and then again in 2009 when I travelled across the country with my family. The differences I have seen and experienced over that 20 year period have been inspiring. South Africa is certainly a country with some economic challenges, but also with immense enthusiasm and huge potential which the international community is quite rightly recognising.”

Brooke-Smith says as an urban land economist and town planner, over the past 30 years she has been exceptionally lucky to have gained a wealth of experience in land use planning policy and the development industry both in the UK and overseas. This has included working in Zaire on various rural development infrastructure and building projects and for the United Nations in East and Southern Africa on projects as diverse as land rights and registrations schemes and slum-improvement projects.

She says: “It is with that experience that I believe I have developed a personal affinity for Africa. “I regularly represent RICS at international forums with a particular interest in Africa, such as UN Habitat, the United Nations Centre for Human Settlements and the World Economic Forum (WEF). I am honoured to now be leading the RICS Leadership Team’s work here as part of ‘cross sector working group, and was delighted to be able to present our Africa Strategy to our Governing Council which met in The Netherlands in November last year (2013).

“Looking ahead to my coming year in office as RICS President, I am pleased to emphasise that Africa is one of my three key platforms. I firmly believe that the potential of this continent – in terms of the built environment, should be more positively recognised, and that Chartered Surveyors can play an invaluable role in offering expertise and professional standards so that the very best can be achieved in any environment or location,” she adds.